The Class of 2025, whose members arrive on campus in July to begin their first year of medical school, will usher in a new era at the University of Colorado School of Medicine. It will be the first class to experience a reimagined curriculum aimed at getting students into hospitals earlier and connecting them with patients in a more meaningful way, with a renewed focus on community engagement and social determinants of health.

“Traditionally, medical schools have focused on basic science and clinical science,” says Jennifer Adams, MD, assistant dean of medical education and clinical curriculum and an associate professor in the Department of Medicine. “Those will persist, but we’re also adding a health and society pillar to focus on health care systems and some of the other critical elements that impact the world our doctors need to function in and understand in order to take comprehensive, holistic care of patients.”

The biggest change comes in the students’ second year. Not only does the new curriculum have them training in hospitals a full year earlier than the previous curriculum, it also changes the learning model from a traditional block rotation system to a longitudinal integrated clerkship (LIC) model that allows students to develop meaningful, longer-term relationships with patients, preceptors and fellow students.

“Traditionally, the first two years of medical education have been very lecture-based. It’s sitting in the classroom listening to somebody talk,” says Kshama Jaiswal, MD, surgery clinical content director for the CU School of Medicine and associate professor of surgery. “Sometimes there are small groups, but mostly it’s not interacting with patients. It’s sitting in front of a book learning about the theory of medicine.”

The new model at the CU School of Medicine turns that formula on its head, putting students in the classroom for their first year — in case-based, small group learning focused around body systems — then bringing them into hospitals in their second year for clinical, hands-on training that better prepares them for careers in patient-centered medicine.

“In the traditional model, students have several core units — say surgery, medicine, family medicine, OB/GYN, pediatrics, and psychiatry. Those are the core things that all medical students need to know,” Jaiswal says. “They do that in a format of blocks, so they spend four weeks with one surgery team, and then they go to another hospital to spend four weeks with another surgery team, and then they move on to four weeks of medicine, and so on. It’s all in chunks and pieces.”

In the traditional model, Jaiswal explains, students don’t go back to previous units or interact again with any of the patients they saw on their initial rotations. That leads, she says, to fragmented care and students who .have no particular engagement in the outcome of patients.

“There’s got to be a better way to educate people and to provide that ownership of patient care and that involvement of the student with the patient,” she says.

Enter the LIC, which puts a group of students in one hospital for a full year to experience those core components, interacting with the same group of preceptors on a regular basis and following patients through all stages of care.

“Say in their internal medicine clinic they see somebody for high blood pressure, but then that person is diagnosed with cancer. That student can follow that patient to the surgery clinic, then the next visit to oncology, then maybe to the infusion center where they get their chemotherapy,” says Jaiswal, a breast surgeon at Denver Health. “That student develops a longitudinal relationship not only with me as a preceptor, but with that patient. They become a patient advocate for that person and help them navigate the system.”

LIC students also stay together as a cohort throughout the year, meeting weekly to talk through their experiences and what they’ve learned. When the Class of 2025 begins its clinical training in September 2022, the CU School of Medicine will become one of the first major medical schools in the country to adopt an all-LIC model.

“On every level we know this is better,” Adams says. “It’s better for the students, it’s better for the faculty, it’s better in terms of the outcomes we achieve for both our patients and our students. They come out more patient-centered, more empathetic, and more understanding of the health care system they’re immersed in.”

From there, students will go back into the classroom for four months of advanced science classes that build on their year of clinical experience. After that, they have another year and a half to explore clinical specialties, individualized education, electives, research, and acting internships to make them even more well-rounded when it comes time to apply for residency.

“Right now, it’s a bit truncated,” Jaiswal says. “They may not decide they want to do surgery, for example, until the end of their third year. And then they have a very short time between the end of the third year and when applications are due to apply for residency. They have maybe six months to bolster their application, maybe try to do a project with a mentor to boost their application in surgery. If you do it a year earlier, then they can decide earlier what they want to be because they’ve had that exposure broadly throughout the clinical system.”

Three years in the making, the new curriculum is a game-changer for students and for the University of Colorado, which hopes the improvements will help to differentiate and boost the reputation of the School of Medicine.

“So much of what we’re doing in our curriculum by emphasizing service and community engagement, our emphasis on health and society, our emphasis on LICs and the outcomes that those achieve in terms of patient-centeredness and empathy — we really do hope to attract the kind of student who’s interested in becoming that kind of doctor,” Adams says. 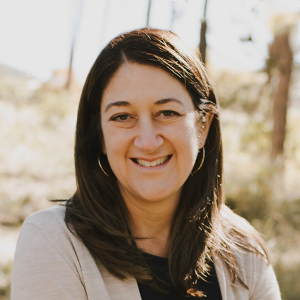