For some people with type 2 diabetes, the E word can evoke dread: exercise.

It’s not that they don’t want to be active, or manage their diabetes in ways that align with their goals and lifestyle. It’s just that the connotations of the word can be off-putting, leading some to feel overwhelmed, leery of judgment, or unsure of how or where to begin.

It’s a phenomenon that Amy Huebschmann, MD, an associate professor of general internal medicine in the University of Colorado School of Medicine, has studied for a significant portion of her career, focusing on how to translate evidence into practice for the benefit of patients.

Working with research and clinical colleagues, she developed and piloted the Be ACTIVE physical activity coaching program for people with type 2 diabetes. Results from this recently published study with 50 previously sedentary adults found that participants randomized into the Be ACTIVE intervention group significantly improved their physical function as compared to those in the usual care group, and over 90% of those in the Be ACTIVE group would recommend the program to a friend or family member.

“There are quite a few takeaways for me from this research,” Huebschmann says. “One of the intangible but important takeaways is how this approach helped participants be receptive to physical activity and change their mindset around physical activity. For some who initially saw exercise as frustrating or not attainable, they were able to develop ways to change their mindset and find activities they really enjoy doing.”

Based on what she observed as a clinician as well as a researcher, Huebschmann began noticing a need for evidence-based guidelines to not only help people integrate physical activity into their diabetes management plan, but to help healthcare providers support people as coaches through that process.

“We started with a systematic review of the literature, trying to understand the key elements of what had previously worked for people with type 2 diabetes,” Huebschmann explains. “What we learned from the literature is that people with diabetes have a lot of different conceptions about exercise. In fact, the word exercise is often considered a bad word to patients with diabetes because of its negative associations. People are a lot more receptive to the concept of physical activity.”

Huebschmann’s work to develop the Be ACTIVE coaching intervention from the key elements in the literature included eliciting perspectives of health care providers and staff in primary care for what would be easy to use for clinics. She then pilot-tested an early version of the intervention with people with type 2 diabetes in her clinic, in order to get their feedback on the approach.

Previous research demonstrated that goal setting and accountability checkpoints are helpful for patients, “but we also learned from our pilot-testing with patients that they didn’t want to do repetitive sessions to discuss tracking and goal-setting,” Huebschmann says. “They wanted a structure that was organized around different themes, such as ways to build personal motivation or to engage others for social support.”

A shared goal to get stronger

Huebschmann and her colleagues developed Be ACTIVE as a 12-week program in which participants received a FitBit physical activity tracker and participated in six coaching calls with health care providers who had been trained to guide the program. They also had regular check-ups with clinicians.

The study was supported by grant funding from the National Institutes of Health, and Dr. Huebschmann’s effort to conduct this study was also supported by the CU Division of General Internal Medicine and the Ludeman Family Center for Women’s Health Research.

For example, the theme of call No. 2 is “Is it worth it?” and the participants are asked to consider the pros and cons of increasing physical activity. They are encouraged to write what they like and don’t like about staying the same vs. making some improvements.

The materials for participants also include examples of movements that can be done at home and examples of physical activities that could be convenient to adopt – walking around the living room for two minutes during commercials, for example, or doing one minute of leg stretches twice a day.

During coaching calls, which averaged about 25 minutes during the study, coaches and participants discussed the theme as well as the participants’ experiences with physical activity during the previous two weeks.

“Coaches mentioned that sometimes patients were sheepish or feeling embarrassed because they hadn’t met their goals,” Huebschmann says. “Even though the coaches weren’t bringing judgment, the patients may have been judging themselves. However, by developing that coaching bond over time, participants were recognizing the coaches shared the goal of guiding participants to get stronger and more active – they were there to help talk through barriers with them. When we interviewed participants after they went through the program, we heard things like, ‘My coach really helped me get going’ or ‘I felt supported.’”

The study participants varied in age between 50 and 85, with the average being 65, and were sedentary at the beginning of their participation in Be ACTIVE. Of those who were randomized to the Be ACTIVE group, versus the control group, participants showed clinically important improvements in physical function that would be consistent with lower fall risk.

Clinicians and coaches surveyed after the study period was completed reported that the program would be easy to integrate into clinics, and 92% of participants said they would recommend the program to others.

Next steps for Be ACTIVE include working on policy changes to ensure that the 12-week program can be reimbursed by the Medicare Chronic Disease Management programs. Huebschmann explains she also would like to study how to deliver similar programs for other health behaviors.

She notes that “for those interested in programs like Be ACTIVE, the Active Living Every Day program is an existing evidence-based resource that was developed and tested by one of my research mentors.”

"My goal, which will probably take a lifetime of research, is to normalize programs like Be ACTIVE in the clinic,” Huebschmann says. “I’m a primary care clinician and I recognize I couldn’t do this coaching in every visit because of the time it requires. That’s why a team approach is so important, training team members who are able to take it forward and build that coaching relationship with patients.” 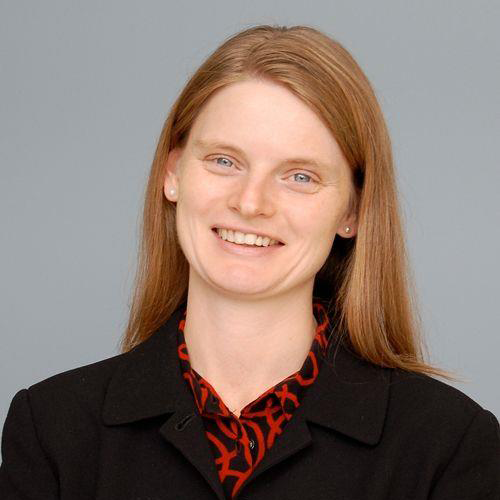