It began with a three-week plastic-free challenge that changed the course of Bhargavi Chekuri’s medical career path. The challenge was to go three weeks without the ease and convenience of plastic bags, plastic wrapping, and all the other plastics that make their way into daily life.

For Bhargavi Chekuri, MD, a fellow in the CU School of Medicine Climate & Health Program, who participated in the challenge while she was a medical resident in the New Hampshire Dartmouth Family Medicine Residency, the experience was more than just eye-opening. It was a wake-up call, a recognition that “climate change is a public health emergency,” she says.

Now, she is an advocate, working with and helping to educate her physician colleagues about how to communicate the medicine and science of climate change to not only their patients, but their communities and lawmakers. This work is one of her focus areas as a National Climate and Health Science Policy Fellow in the CU Climate & Health Program.

As one of five current physician fellows from around the country, Chekuri, who is a family practice physician in Washington, D.C., participates not just in workshops and didactics, but in partner projects with federal agencies and non-profits as well as individual projects. The fellowship program, which began in 2017, is co-administered by the Climate & Health Foundation.

“It’s really important to me that the fellowship program was created for and by physicians,” she says. “My feeling is the next 100 years are really important for us as physicians. We’re going to be on the frontlines of fighting climate change, and while we’re late to the game, it’s a very big opportunity. There’s a lot of room to save lives and optimize health.”

In many medical training programs climate science and advocacy training is limited, and she struggled as a student with learning how to help build the bridge between awareness and action. Nevertheless, she continued to work on educating herself about the scientific consequences between climate change and human health – how changes in air quality, access to water, crop sustainability, and other issues being impacted by climate change are affecting health.

“As a physician, my job is to ensure that my patients and my community know what their health risks are,” she explains. “There’s often a lot of uncertainty around what to do with healthcare decisions and my job is to take that uncertainty and present the science and medical facts to people in a digestible way so they can make healthcare decisions that are right for them.”

“Whether it’s talking about someone’s blood pressure, reproductive health, seatbelts, safety in general at home, smoking, vaccinating your children, or being mindful of the air quality when you go outside, those are things within my purview. I can adequately prepare them with the best information we have and make some recommendations about what to do about it,” she says.

Increasingly, research is showing that the impacts of climate change are manifesting in people’s health, leading Chekuri to create a framework to help physicians become advocates. Whether it’s testifying at a legislative hearing, writing an op-ed, speaking at a local radio station, or any other form of advocacy, the point is to take that next step into the public sphere.

Becoming physicians for communities and the world

Working closely with one of her residency mentors, Alex Brown, MD, Chekuri learned about a framework for supporting physicians in becoming advocates, which she recently outlined in a blog post for Climate for Health. 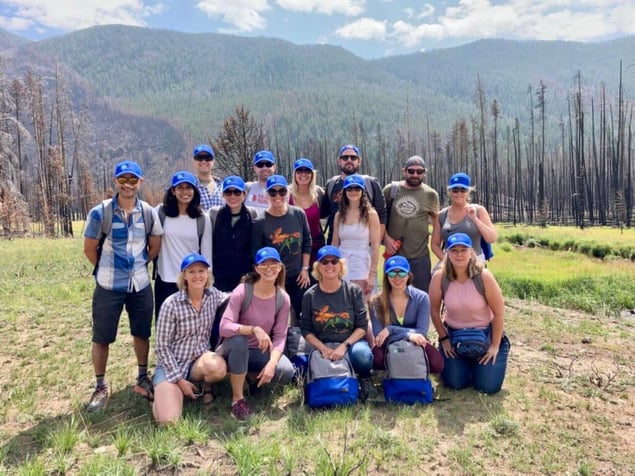 Chekuri (middle row, second from left) with her co-fellows and faculty at the National Climate and Health Science Policy Fellowship.

“Medicine is steeped in these traditions that can be hard to let go,” she says. “There’s been a tradition of, ‘Here are the facts, they should be enough,’ so we need to get beyond that mindset. We have to get beyond just posting the hashtag for awareness to actually being physicians for our communities.”

Not every physician will be comfortable testifying before a legislative hearing or being a radio guest, she says, but the important point is to find the advocacy that works for them. That may mean reaching out to local non-profits to establish a partnership or communicating with legislators. The key, she says, is to make the science personal and relevant, to share personal, relatable stories that plant the seeds for behavior change.

“I think there’s this notion they are different jobs, but to me they’re one in the same, which to me is very helpful because you’re not going to oversell anything if that’s your approach. Every doctor I know just wants to be as accurate as we can about what we know and convey that in a way that helps people make informed, healthy decisions about their lives,” she says. 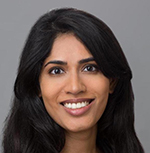