The old poem says that music soothes the savage beast, but Isabelle Buard, PhD, is conducting research to find out if music can also soothe the effects of Parkinson’s disease on fine motor skills.

Buard, an assistant research professor in the Department of Neurology in the University of Colorado School of Medicine, recently published the protocols for her study evaluating the effects on Parkinson’s patients of a specific type of music-based rehabilitative therapy called neurologic music therapy. The therapy uses specific combinations of rhythm and movement to “reprogram” certain frequencies in the brain.

“In Parkinson’s, beta frequencies are the most likely to being impaired,” Buard says. “The idea of the study is to use external rhythms that specifically target those frequencies by entraining them to a different level, modulating them to restore some kind of homeostasis in brain activity.”

In Buard’s study, which is funded by the National Institutes of Health, music therapists work with Parkinson’s patients three times a week. Sessions start with dexterity exercises and rhythmic hand and finger movements; patients then use percussion instruments called castanets and a weighted keyboard to further increase dexterity and fine motor skills. During the other four days of the week, patients do the exercises at home. Tempos increase each week of treatment.

Her hypothesis is that patients in the group using the metronome will see the most improvement, as “external rhythmic cueing” seems to have the ability to bypass certain damaged neural pathways in Parkinson’s patients and help the motor brain execute a proper movement sequence.

“The idea is that if you’re doing internally generated movements, you rely on motor neuronal loops that are impaired in Parkinson’s, so you have some problems doing movements, or they are slow and not coordinated,” she says. “When your movement is driven by external rhythms, then the movement seems to be easier to perform. I’m looking at the networks that are mobilized during internally versus externally driven movement and trying to disentangle which different aspect is meaningful in terms of mobilization of brain networks.”

Getting creative and the road to a standardized therapy

Another component of the neurologic music therapy sessions whether or not they use externally driven movements, is a period of time where patients can improvise at the piano.

“We don’t really know why or how, but there’s a big emotional contentment component that comes with producing music. It seems to increase quality of life for some people,” she says. “A lot of people feel very uncomfortable improvising at the beginning, but by the end, they’re very much liking it.”

Buard and her team plan to collect data throughout the study, measuring finger dexterity through a “grooved pegboard test” that requires a series of 25 pegs to be rotated into certain positions to be placed correctly. They will measure quality of life and anxiety and depression levels as well.

The mechanistic data collected may inform future research leading to treatment and rehabilitative interventions for patients with Parkinson’s and other basal ganglia disorders, and possibly other neurologic diseases, Buard says — it may also further knowledge of the neural processes utilized by music.

For patients with Parkinson’s, she hopes the study eventually leads to a standardized musical intervention to help improve fine motor skills. 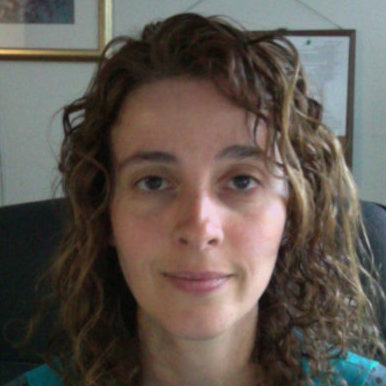