Patients facing accidental hypothermia in both wilderness and urban environments need quick and critical assessments to determine treatment of care. 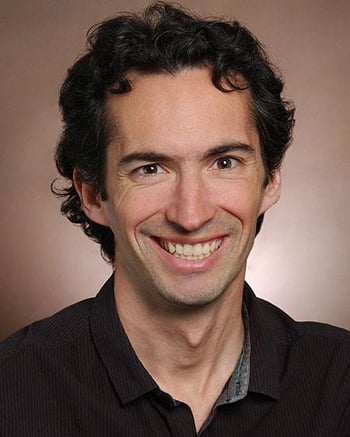 In a recent paper published in Resuscitation, Martin Musi, MD, lead author and assistant professor of emergency medicine at the University of Colorado School of Medicine, recommends simplifying the original Swiss staging system and focusing on risk of cardiac arrest to determine staging level. The revised system is being proposed by Musi and the International Commission for Mountain Emergency Medicine (ICAR MedCom).

“Basically, recording or measuring a core temperature in conditions when you are cold or you are on a mountain slope is very difficult,” says Musi. “The original system has limitations, so there is risk of underestimating or overestimating the temperature of the patient without a proper measurement tool.”

The current method and why improvement is needed

The current Swiss staging system for hypothermia can place patients in four stages based on estimated core temperatures from 95 degrees Fahrenheit (35 decrees Celsius) to less than 75 degrees Fahrenheit (24 degrees Celsius). The system originated in 2003 and has been a helpful tool when reliable temperature measurement is not available, especially in extreme conditions. The system also takes into account levels of consciousness and whether shivering occurs with a patient.

“There are consequences classifying someone in the wrong level. If you identify a patient’s temperature warmer than they really are, you are lowering your threshold to treat that patient more aggressively.”

However, in recent studies, the Swiss staging system has come into question in terms of reliability. In 2019, a study in the Scandinavian Journal of Trauma, Resuscitation and Emergency Medicine found that only 61% of patients were classified correctly by the Swiss staging system. The study also discovered that shivering as a response to hypothermia is variable amongst patients. Shivering can still occur at a core temperature less than 90 degrees Fahrenheit (32 degrees Celsius). The presence of shivering could be falsely reassuring first responders that the patient is measuring warmer.

“There was significant discrepancy between clinical stages and measured core temperatures,” say Musi, who is also director of the University of Colorado’s Wilderness and Environmental Medicine Fellowship. “There are consequences classifying someone in the wrong level. If you identify a patient’s temperature warmer than they really are, you are lowering your threshold to treat that patient more aggressively.”

The proposed new system in combination with the old

The revised system uses the AVPU scale (Alert, Voice, Pain, Unresponsive) to provide levels of consciousness as the primary element for staging and removes shivering as a stage-defining sign. Instead of focusing on core temperature ranges, the revised system would include estimates for the level of risk of cardiac arrest due to hypothermia.

“The revised method would simplify the staging system and provide first responders and medics with a tool that is more applicable in the field,” says Musi. “And the system doesn’t leave first responders guessing what is the patient’s temperature or trying to remember those kind of complex numbers that in the end are not important in the field.”

Musi mentions the recommendations went through several rounds of review among experts and are supported by top researchers in hypothermia from around the world. He hopes to implement the revised system and continue to provide modifications to improve care for patients faced with accidental hyperthermia.

“Our next step is to look into the implementation of the new system and measure accuracy of the proposed modifications,” says Musi.