Also director of gynecologic oncology at UCHealth University of Colorado Hospital, Guntupalli worked with staff and administrators at the facility to gather unused supplies to send to physicians in India as they continue to treat patients and fight the pandemic.

We sat down with Guntupalli to talk about this critical effort.

How did you get started with this project?

I was watching the news and watching everything that was happening in India, and I was just very moved by a lot of what I was seeing. I have a fair amount of family there — a lot of my family are physicians and work in health care, and I just wanted to do something to help out. Last April, when we were in the midst of a very bad COVID crisis here in the U.S., India sent medicine and supplies to the U.S. I’m just trying to return the favor and be a good global citizen. We can’t look at this pandemic as an American problem or an Indian problem or a Chinese problem — it’s a problem for the whole world. We live in a very interconnected world, and a problem in Brazil or Australia has implications for Colorado. We have to think globally, and I wanted to do something to at least bring attention to it and help in any way that we could.

How did you get things started at UCHealth in terms of collecting supplies to send off?

I reached out to Tom Gronow, the COO of the hospital, and I said, “Look, here’s the situation — would you be OK with me collecting supplies over the next week?” He said, “Sure, whatever we’re not using.” We had some expired gloves, some expired gowns, things we can’t use here right now, but they’re in desperate need of in India, and we were able to send those over. I've been working very closely with Shauna Sutton, who’s one of the nurse managers in the OR; she had actually done most of the work for this and has kind of taken the bull by the horns getting the word out. It’s been incredibly touching to me to see how much people have done and how much people have wanted to help. We just shipped out the first batch of goods on Saturday, and they’ll reach India in the next few days or so. We sent gloves, gowns, antiseptic, alcohol wipes, face shields — things that are very high-impact use in India right now.

Did you work with people you know in India to get the supplies where they needed to go?

I coordinated with a couple of hospitals and went on a WhatsApp group for some of the cancer surgeons there, and they sent it out to the people who are really in need. Particularly some of the more rural hospitals or government hospitals or hospitals that cater to the safety-net population — those are the ones that are really suffering. Some of my contacts on the ground there know people in those hospitals, so they can get the equipment to them. I've actually learned quite a bit in this process. First, just as we have here, there are hospitals in India that are fine, that have more than what they need, but the majority of hospitals are very much in need of things. I was able to find out which hospitals were the ones that were the most in need, and I connected with those. I also learned a lot about supply chain and how things work in a hospital. As a surgeon, I ask for an instrument or I ask for a suture in the operating room, and I just get it. You don’t realize how much work goes into ordering that, getting it shipped, getting it unpacked, and then having it brought to the OR for us to use. I’ve learned a lot about that over the past two weeks, and that’s been good for me as well.

Is the effort going to continue for a while?

I think so. I think we’re going to try to do this for the next 3–4 weeks. I want the first batch of stuff to get there safe so we know we have a real supply chain and the ability to get things on the ground there. One of the things that has been a little difficult is that so many people have contracted COVID, a lot of the truck drivers have been calling out sick. We just want to make sure that the things we we’re sending are getting to where we want them. Once we know that’s happening, we’re hoping to do this once a week for the next few weeks. 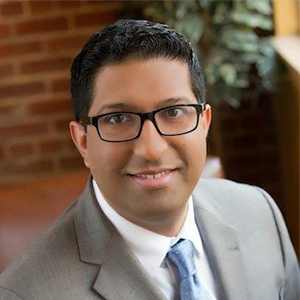