Home News Non-Judgmental, Patient-Centered Care Is Most Effective when Talking with Families about Firearm Safety back to News

In 2020, firearm injuries were the leading cause of death in U.S. children 18 and younger, accounting for 3,230 children’s deaths, according to the Centers for Disease Control.

Health care providers, particularly those working in emergency departments, are on the front lines of treating firearm injuries in children and stand in the aftershocks of these deaths. Many clinicians and researchers are focused on what physicians and other health care providers can do to address this national crisis.

Maya Haasz, MD, an assistant professor of pediatric emergency medicine in the University of Colorado School of Medicine, recently collaborated with co-researchers to review existing literature relating to firearms, child safety, and how physicians can talk about these issues with families; their commentary was recently published in the Journal of Pediatrics.

We recently spoke with Haasz about her research and her perspective as an emergency room physician.

What prompted your interest in this area of research?

Four years ago, I participated in a March for Our Lives rally that really spoke to me. I’d been hearing about all these teenagers who managed to pull together millions of people across the country within a few weeks to ask for reform, and I thought, “If they can do that and they’re in high school…” That really changed my career focus and I decided to pursue research in preventing childhood firearm injury.

Because I work in the emergency department, that’s been my primary research focus – how do we leverage emergency department clinicians and resources to keep firearms stored safely in homes with children. We give anticipatory guidance on wearing helmets, on car seats, so why shouldn’t we be giving guidance on safer firearm storage? A lot of the data are saying we could have a much broader impact on this.

What are some challenges health care providers might experience in talking with families about firearm safety?

There have been a lot of barriers because there are many politics tied up in this issue. Some health care providers mention that they’re worried a patient will get upset, but the research shows that’s not the case. The thing we need to be asking is how can we do this in a sensitive way, in a non-judgmental way, without imposing our biases and beliefs?

There’s a lot of research dealing with firearms, child safety, and health care; how did you hone your focus?

The framing that we had was based on looking at the research on patient-centered care – how do we build relationships with patients and caregivers so that we can develop a plan based on their values? How do we support them in following through on that plan? We don’t have much research on specific language about firearms in a pediatric setting, though we do have some information, some qualitative research on some of the language we should use. There’s also a fair bit of research on patient-centered care that applies here. That teaches us how to make plans based on patient values, how to build effective parent relationships and how to talk with adolescents in a way that’s non-judgmental and gets their buy-in.

What we learned from reviewing existing research is that we have to meet people where they are. If we come in with a specific agenda, we’re not going to be able to build good relationships because that’s a very alienating approach.

Based on the research, what’s going to be an effective approach to initiating these conversations?

We need to create a child-centered approach that focuses on where parents are coming from and allows us to have conversations about how firearms could be kept more safely. One of the hallmarks of a patient-centered approach in health care is leaving judgment at the door and listening to families, and then building a safety plan based on their values and reasons for firearm ownership.

As a pediatric emergency doctor, I see the devastation that’s a result of firearms stored unsafely. I try to carry that into why I speak with families and why this message is so important. I think only talking about firearms, though, puts them up on a pedestal and has people wondering why we’re “picking on” guns. It’s important to put them in the context of keeping children safe – that’s why we’re also going to talk about car seats, we’re going to talk about carbon monoxide detectors. With teens who are at higher risk for suicide, we should talk about storing medications safely as well. We don’t want to make people feel judged by only talking about firearms.

This area of research is very timely in light of the increases in mass shooting events that have happened around the country.

Mass shootings are incredibly tragic and get us talking about issues of firearm safety; their impact extends far beyond the wounded and killed to traumatize entire communities. However, mass shootings make up less than 1% of firearm deaths in the U.S. In 2020, firearms were the number one cause of death of children in the U.S., but with an increase in every type of firearm death – which includes homicide, suicide, and unintentional deaths. We know that storing firearms safely is going to reduce suicides and unintentional deaths, and we can presume that reducing access to firearms may reduce homicide deaths.

Now that you’ve done this broad literature review to better understand families, kids, and firearm safety, what are your goals with what you’ve learned?

My goal is to figure out the best way to get the message across. I can say that everyone has a role – military, police, firearm retailers, EMS, nursing, and physicians, people both within and outside healthcare. For all of us, I think, the ideal approach is listening to the patient, being empathetic, reserving judgment, then making a patient-centered plan based on their values.

If someone expresses that they have a gun to defend their family and they don’t feel they can store the ammunition away from the gun, we need to come up with a plan that maybe includes a lockbox or other options to keep kids safe while still having the gun accessible to caregivers. That is core to patient-centered care.

What are the next steps in working with families on firearm safety?

I’d like to look at how do we get the message out to everybody that we don’t have anything against firearms, we just want to keep kids safe. How do we best accomplish that? How do we broaden that message while keeping it in the context of child safety, rather than talking too much about firearms specifically?

If we start to think of it in terms of providing universal counseling, then we don’t always have to know if there’s a firearm in the home. We can approach it from, “If you have a gun in the home, this is why it is important to store it safely and here are some ways to do that” and start the conversation there. Some people don’t want to talk about whether they personally have firearms because of privacy concerns or concerns about being judged. By counseling everyone, we don’t miss out on providing that education piece to families. 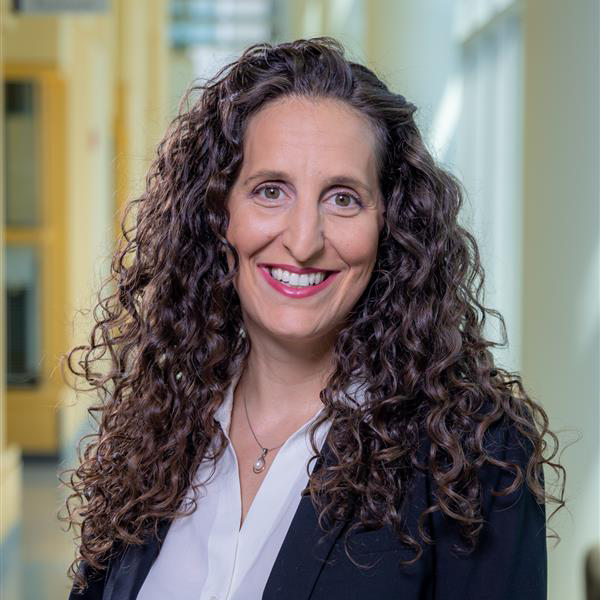