Comedian Gilbert Gottfried, known for his brash standup act as well as providing the voice for the Aflac duck and the parrot Iago in Disney’s 1992 animated film “Aladdin,” died April 12 from complications of myotonic dystrophy type 2, an inherited muscular dystrophy that affects the muscles and other body systems. Gottfried was 67.

We spoke with Matthew Wicklund, MD, a professor of neurology in the University of Colorado School of Medicine, about myotonic dystrophy type 2, its diagnosis and treatment.

What is myotonic dystrophy type 2?

We have the broad term “muscular dystrophies,” and under that are different types of muscular dystrophies. One of those is myotonic dystrophies, and there are two types of that, type 1 and type 2. In both cases, it’s a genetic condition that causes a change in the DNA. The primary symptom is myotonia, which means the muscles have trouble relaxing. It's not that the muscles are stiff, but especially in the hands, you can notice that sometimes people may have trouble releasing their grip.

Other major symptoms are early onset cataracts — many patients get cataracts before the age of 50 — and hearing loss. About 10% to 20% will develop a cardiac involvement, which is what Gilbert Gottfried died from. It’s cardiac muscle involvement where they have a rhythm problem, like he did with ventricular tachycardia.

We think of both myotonic dystrophies as multisystem disorders because they affect skeletal muscles, cardiac muscles, the eyes, and the ears. Around 25% to 50% of those diagnosed with it will develop diabetes as well.

How common is it?

Does it affect other areas besides the hands and fingers?

It tends to affect the muscles in the shoulders and the hips, but it can also affect the neck and the elbows. Often in myotonic dystrophy type 2, people have a lot of muscle pain, and that can be the initial presenting symptom. They come in saying, “My muscles are sore all the time,” and the primary care doctor does an evaluation, and they look pretty normal, their strength’s pretty good, but yet they have this pain in their 30s and their 40s, and then finally in their 50s, they start actually developing weakness.

How is myotonic dystrophy type 2 diagnosed?

The definitive diagnosis comes from doing genetic testing, and the cost of that has come down substantially. We also do a test called an EMG, or electromyography, which measures electrical activity in response to a nerve’s stimulation of the muscle. When we place the needle in a patient with myotonic dystrophy type 2, there is a distinctive sound. Even without the patient activating the muscle, because that muscle has difficulty relaxing, we'll hear that it's active on the needle, whereas in most people, until they activate the muscle, we don't hear any sound.

Is there a treatment? Or is it more about managing symptoms?

It’s mostly managing symptoms. There have been some gene-based therapy trials for myotonic dystrophy type 1 over the past decade, but none have gone past the animal model. It’s been a real challenge, because it should be easy. We know what the defect is, but we are not there yet. You can adequately treat the pain with medicines that work well for nerve pain, but also there is a drug called mexiletine, which is a sodium channel blocker that often is very effective in reducing the pain.

Since it’s a genetic disease, is there any benefit to catching it early?

Not a lot. The things that can kill patients prematurely are issues with the respiratory muscles, which cause them to have more trouble breathing. We can certainly treat that similar to how we care for anybody who has respiratory problems. And we can do preventive things for the heart, as well. Our goal is to decrease their symptoms and avoid the ones that can be problematic. They’ll see an electrophysiologist in cardiology who will make sure their heart rhythm abnormalities are adequately managed.

How many patients do you see with this disease?

We probably have about 50 patients that have myotonic dystrophy type 1 or type 2, and I would guess there are slightly more type ones than type twos. The hard part is that if the patient doesn't have many symptoms, or they haven’t been diagnosed, we may not know about them. They may still be in primary care somewhere.

Another important piece about myotonic dystrophy type 2 is that it's a dominantly inherited disorder. So once you find one person who has it, then it's not uncommon that you'll find someone else in the family who has it, whether that be a father, a mother, a sibling, or a child. One of the first times that happened with me, I had a gentleman who was in his early 70s who was weak and was diagnosed with myotonic dystrophy type 2. His daughter was in her upper 30s, and she had lots of muscle pain and stiffness, and no one had a diagnosis. We diagnosed her, then she had a son who was 4, and he was just a little bit weaker and more sore than kids his age. He was actually one of the youngest people was ever reported to have myotonic dystrophy type 2. 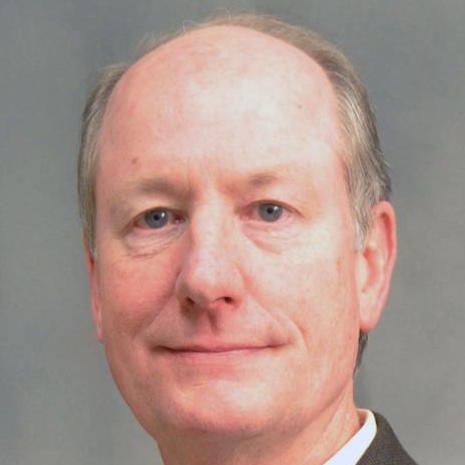