Brigette Douglass lives by the 10% rule: To avoid losing sight of the big picture of her life, she never lets anything consume more than 10% of her focus.

This approach has allowed a full embrace of family, career, and world travel adventures while also becoming one of the longest-participating patients in a clinical trial for metastatic uveal melanoma.

Douglass started treatment for her metastatic uveal melanoma six years ago as a participant in a clinical trial of tebentafusp (Kimmtrak), a groundbreaking immunotherapy drug approved by the FDA in January.

The initial phases of her care were provided at Jefferson Health and Wills Eye Hospital. Beginning in 2019, when the clinical trial became available at the University of Colorado (CU) Cancer Center, Douglass moved with her family to Colorado.

Being the boss of life's changes

Douglass was diagnosed 13 years ago with uveal melanoma, a subset of ocular melanoma that affects pigmented tissue inside the eye. In fall 2009, during her daughter’s senior year of high school, Douglass started experiencing migraines and vision loss in her left eye. She thought it could be a retinal detachment. Her uveal melanoma diagnosis came as a shock.

When one specialist suggested that Douglass wouldn’t be able to attend her daughter’s graduation, she tapped her 10% perspective and tackled one step at a time. First, she focused on getting an appointment with an appropriate specialist. For Douglass, the 10% perspective prevents any single concern from dominating every decision.

“Big things are much more manageable than a bunch of small things. Now, mind you, buying a big house or becoming a grandma would be much better big things, but in managing this devastating illness, you have to have a balance,” Douglass says. “When anything becomes your sole focus, it can literally suck the life out of you.” 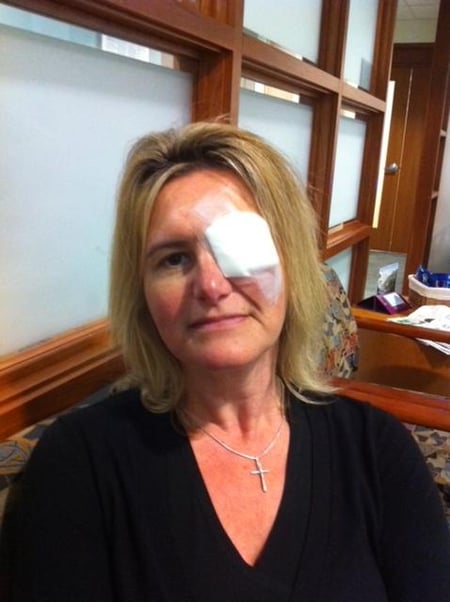 After undergoing radioactive plaque therapy – and recovering at home with a lead plate taped to her face – Douglass was back to work within two weeks. Showing no signs of metastasis for more than five years, she celebrated much more than her health. Douglass watched her children graduate high school, accepted a new CEO role at an aluminum extrusion mill, and continues to watch her children grow in their careers as an engineer and a resident physician at UCHealth.

About six years after her diagnosis, Douglass learned that her condition had spread to her liver, a common site for metastases. Douglass pursued a few additional procedures following her metastasis, including a liver resection and numerous chemoembolization treatments, but she was always back on her feet working or hosting parties within a week. By September 2016, she qualified to start the new specialty drug, tebentafusp, in its first phase of clinical trials.

Treatment and survival rates of uveal melanoma that has metastasized have changed minimally in the last 20 years, according to an integrated team of providers from the CU Cancer Center.

“About 10 years ago, things dramatically changed for patients with metastatic melanoma derived from the skin, largely in part to immune therapy,” says Karl Lewis, MD, professor of medical oncology and a provider on Douglass’s care team. “With our newer immune therapies, 50% to 60% of our patients with metastatic melanoma are alive five years and beyond. There were tremendous advances in a relatively short period of time, but what was left behind was uveal melanoma. Uveal melanoma didn’t tend to induce an immune response.”

An estimated 2,500 to 4,000 people are diagnosed with uveal melanoma in the U.S. each year, and between 50 to 100 people in Colorado, according to Scott Oliver, MD, director of the eye cancer program at the Sue Anschutz-Rodgers Eye Center and associate professor of ophthalmology at the CU School of Medicine. He says up to 75% of patients with aggressive, high risk uveal melanoma can metastasize by five years.

However, in new data to be presented later this year, Oliver discovered only half of the patients treated for uveal melanoma at CU had metastasized at five years. 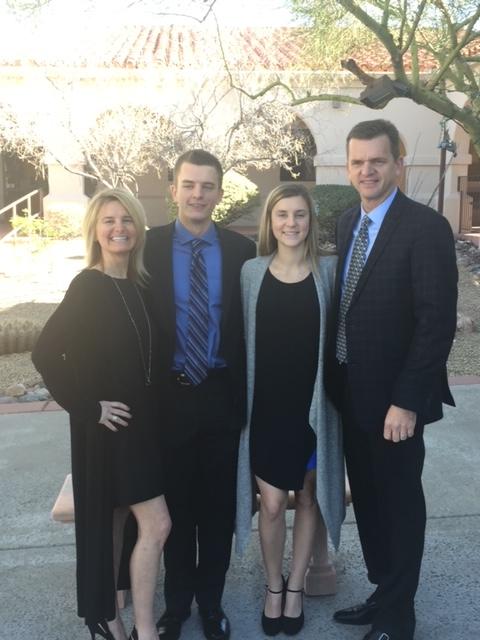 “This is the good news. The bad news is that once metastasis occurs, patients historically have only survived another nine months,” Oliver explains. “That’s why this is a big deal. Tebentafusp is the first medication that’s ever been approved for treatment specifically of uveal melanoma that has metastasized.”

Tebentafusp is provided through an IV infusion and targets the patient’s immune system, giving it the power to recognize and attack melanoma. This process bridges the immune cell with the melanoma cell so that the body, rather than the drug, does the work itself. While the first treatments need to be given in a hospital because patients may develop a severe reaction, continued treatment can be completed at clinics and then patients can return home.

Lewis says Douglass was in the right place at the right time to start the clinical trial and continue it with the CU Cancer Center. The trial evaluated 378 patients across medical centers worldwide.

“Not only was she diagnosed with this very devastating cancer at a time when this clinical trial was opening, but she also had the correct HLA type,” Lewis says. “She met the other criteria for eligibility in terms of being otherwise healthy, she was able to get on the study, and then the drug worked for her. Brigette, in a lot of ways, is very unique and certainly very motivated. This is not everyone’s reality, but the reason we keep doing it is because we do find drugs that work.”

Shifting the perspective to continuing care

As Douglass approaches her sixth year with the treatment, she feels like she’s in a time machine. Not only has she gained more time back, minimizing lab and doctor visits from weekly to monthly, but she’s hopeful for the future of others who now have access to this medication.

“I’m excited that it’s going to be rolled out to more places. The hour or three hours you’re investing weekly is really nothing. It’s back to that 10% of your life,” Douglass says. “I’ve seen too many people with this disease quit their jobs, go on disability, and that’s not what you have to do. This treatment allows you to become president of a company again like I did, move around the country, travel, and live a normal life.”

Grateful to never feel like a number during the trial, Douglass says she’s always felt the celebration of something beyond herself and the hospital system.

“Having trials like this one is certainly a big part of our mission as the only NCI-designated comprehensive Cancer Center in our region, and one of only 50 or so in the United States,” Oliver says. “We want patients to be part of discovering new therapies and also potentially get earlier access to medications. It helps to have our deployment of leading-edge medicine as close to the clinic as possible.”

In addition to innovation and access in therapies, Douglass has her eyes set on a future that treats uveal melanoma like a long-term condition with increased educational opportunities.

“My hope is that I get to be around to support people as they go through this, and rather than this being a death sentence, that it becomes a chronic disease,” she says. “The way I look at it now is this is a chronic disease where I go in weekly for a shot. It’s what somebody who has rheumatoid arthritis might do or somebody with diabetes might do.

“If we can get to a point where we continue to provide a healthy plan for people – exercise, food, as well as the therapy – that’s what I’m hoping to do. We shouldn’t just stop here. We should look at other groups and not forget about the other percentage who are not currently eligible.”