Home News In Young People, Women Are 44% More Likely Than Men to Have Strokes  back to News

University of Colorado School of Medicine faculty members Michelle Leppert, MD, and Sharon Poisson, MD, had a hunch that younger people were having strokes at a higher rate than most health care professionals realized, but when they dug into the numbers, the findings even surprised them: In adults 35 and younger, women are 44% more likely than men to suffer ischemic strokes — strokes caused by blood clots that travel to the brain.

Though the researchers — both in the Department of  Neurology — looked just at occurrences, not causes, in their study, they do note that “more research is needed to better define the etiological sex differences of ischemic stroke in young adults and the contributions that nontraditional risk factors, such as pregnancy, postpartum, and hormonal contraceptives, play in the overall burden of ischemic strokes in young women.”

We spoke with Poisson about the research, the team’s findings, and their next steps.

Did you go into the research expecting this disparity between men and women? Or was this a surprise result?

It is a bit of a surprise when you put it in the context of past stroke literature. We have seen some hints of this in recent years — Dr. Leppert actually did one of the big administrative studies that was included in this paper where she found this difference — but it was one study. The question was, can we make a larger conclusion by combining more studies? We have seen hints that this may be the case, but this confirms that when you put lots of large data sets together, it seems to hold true.

Did you look at the reasons women are at such higher risk? Or was this more about defining the problem?

We’d love to look at causes. This really just confirms that in the youngest age groups, that women had a higher incidence of stroke compared to men. It doesn’t tell us anything about why. That is the work that needs to be done. It’s hard to take anything from this study and make it actionable. It is kind of, “This is us understanding the problem so that we can now design studies to fix the problem.” It is important for us to remember that strokes happen in young people, strokes happen in young women. Recognizing that is really critical. Now that we understand better what the problem is, we can continue to work on solving it.

What is the next step with this research?

The next step, now that we see that there is a difference in stroke incidence in young women versus young men, is to conduct a more detailed clinical study where we’re able to collect more detailed information about each of these strokes. To look at what led to the stroke so that we can better identify young adults who are at risk of stroke and do a better job of preventing those strokes. That’s the ultimate goal.

Would that be using the same data you used for this study, or starting from scratch?

Administrative data sets are great because they include a lot of people, which makes it easier to study a less common disease, but they're limited in terms of what information is in there. We can’t collect all the information we want from those datasets. We could go about it by trying to link clinical data to some of these large datasets, but the other way to do it, which is more work in terms of time, is to collect prospective data on many young people with stroke. That’s something that would really need to be a big, multicenter study, because it’s a less common disease. It would be like a registry, where every time a young person comes in with a stroke, they are collecting that information. There are people out there who are trying to do this now, it’s just limited. We still have a long way to go.

What is the biggest takeaway for young people from this study?

The number-one thing is understanding that stroke can happen at any age. Sometimes when young people have stroke-like symptoms, nobody thinks, “This could be a stroke.” They’ll try to sleep it off, and not recognize that, “This is an emergency, and I need to get to the emergency room so I can get treatment for a stroke.” Stroke can happen to anybody, and knowing the symptoms of stroke is really critical. We know things like high blood pressure, diabetes, smoking, and high cholesterol are risk factors for stroke and can contribute to stroke even in young people. Preventing those risk factors is really critical for everybody.

What are stroke symptoms to be aware of?

We use the acronym “BE FAST”: The B is balance, E is eyes, F is face, A is arm, S is speech, and T is time. So sudden changes in balance, in vision, droopiness on one side of the face, sudden weakness on one side — if you put your arms up and one drifts down — or a sudden change in speech, either slurred speech or trouble getting the right words to come out. Those are the most common symptoms of stroke. The “T is time” is to remind us that time is brain. The sooner we treat strokes, the better people do. So calling 911 and getting to the ER are the most important things to do if somebody has sudden onset of those new symptoms.

What is the treatment for stroke, if you do take someone to the ER?

We have a few different types of treatments. There’s a clot-busting medicine called TPA, which goes into the IV and breaks up blood clots. If there's a blood clot in the brain, it can help to break that blood clot up to try to save any of the brain that that hasn't had a stroke yet. In some strokes, when there’s a clot in a big artery inside the brain that we can see on a scan, our interventional neurosurgeons or neurologists can go pull the clot out from the inside of the artery.

Can strokes be fatal?

Most ischemic strokes are not fatal (about 15% lead to death in the first 30 days), but they are the number-one cause of disability in adults in the United States. Most people survive their ischemic stroke, but often people will survive with disabilities, such as trouble speaking or trouble moving one side of the body. We know the sooner we treat people for stroke, the more likely we can stop the stroke in its tracks, and the more likely it is that somebody will return to normal or close to normal after the stroke 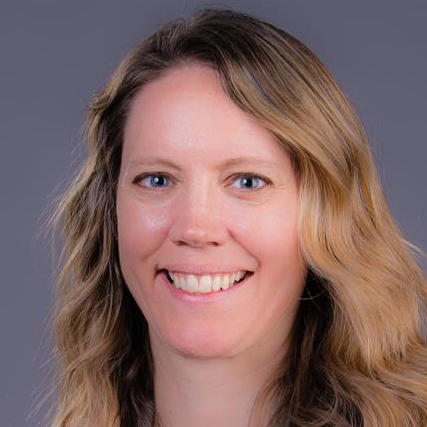