A slap to comedian Chris Rock’s face by actor Will Smith at the Oscars last month awoke the world to alopecia areata. But the emotionally stressful hair-loss disorder has been on the radar of dermatology clinicians and researchers at the University of Colorado Anschutz Medical Campus for years.

A joke about bald heads by comedian and presenter Chris Rock at the Oscars ceremony last month stung patients and providers of alopecia areata (AA) around the world. Actor Will Smith’s shocking slap to Rock’s face in response ignited public awareness of a disorder that steals the hair of nearly 7 million people in the United States, many of them children.

But the emotionally challenging and disfiguring autoimmune disease that prompted actor Jada Pinkett Smith, the joke’s target, to shave her head and her husband, Will Smith, to react, has been on the radar of dermatology clinicians and researchers at the University of Colorado Anschutz Medical Campus for years.

Like many providers who care for patients who suffer from AA, Stanca Birlea, MD, PhD, was saddened by the widely publicized fiasco. “Patients with extensive or long duration alopecia areata can be severely impacted with their disease, and they need to be approached and treated with special understanding and empathy,” said Birlea, an associate professor in the Department of Dermatology at the University of Colorado School of Medicine.

For now, no cure exists, but therapy options leading to improved outcomes are expanding. Birlea and her colleagues are particularly excited about one of the latest class of drugs added to their arsenal called JAK inhibitors, she said.

Pioneering work at CU Anschutz focuses on these drugs, some given off-label to patients in its dermatology clinic and others being tested in clinical trials. All have been described as “remarkable” and “life-changing” by patients and providers.

AA, a common autoimmune disorder that affects 0.1-0.2% of the general population, causes either sudden diffuse hair loss or circular bald patches of the scalp. The condition most often targets the scalp but can cause hair loss anywhere on the body.

Up to a quarter of patients have a family history of AA and/or other autoimmune diseases, with thyroid disease and vitiligo the most common. Birlea specializes in vitiligo, the disorder that caused white spots on the skin of pop legend Michael Jackson.

Atopic eczema (the most common form of eczema, which tends to run in families), is often associated with AA. AA is also prevalent in patients with Down syndrome, and faculty at the CU School of Medicine and at the Linda Crnic Institute for Down Syndrome have identified interesting clinical and molecular aspects characterizing this association, Birlea said.

Between 10% and 50% of AA patients can have nail abnormalities, including nail pitting (pinpoint depressions) and ridging (narrow raised bands) in the nail plate.

Numerous genome-wide association studies and linkage studies conducted in the last two decades have provided compelling evidence for the implication of several AA susceptibility genes, most of them with immune function, Birlea said.

Both the onset and recurrences of AA can be triggered by different factors, such as emotional stress, trauma, viral infection and hormonal changes, she said.

AA is usually asymptomatic. Some patients, however, have described burning sensation, itchiness or discomfort preceding or during the active period of hair loss, Birlea said.

The patchy AA is the most common clinical presentation. It generally affects the scalp but can affect facial hair, including beard area, and/or eyebrows and/or eyelashes. While regrowth can occur spontaneously in the bald spots, often with white hairs, new spots can appear simultaneously.

Other more severe but uncommon presentations are:

Numerous lifetime recurrences are common in more than 30% of patients. Long-duration AA creates significant frustration in patients and often has mental health consequences, including loss of self-esteem, anxiety and depression, Birlea said.

Especially in the early stages, spontaneous hair regrowth can occur, and an estimated 20% of patients can have one episode of hair loss with no recurrence during their lifetimes, Birlea said.

No available treatments are curative. However, the hair follicle stem cell populations are preserved in AA, and hair follicles can be regenerated. Thus, hair regrowth can occur even years after total hair loss, with or without treatment.

Topical treatments include high-potency steroids with anti-inflammatory properties and Minoxidil (Rogaine) – a vasodilator with regenerative effects on the hair follicle.

Intralesional injections of corticosteroids are another popular option that can be given monthly, Birlea said. The hair regrowth effect can be temporary, however. “And the injections cannot stop onset of new bald spots in other areas, because they treat the inflammation just on the area we inject.”

Topical treatments and intralesional injections can induce hair regrowth in patchy AA or in more severe types, alone or in combination with systemic medications.

Oral steroids for short periods in combination with immunosuppressive medication given long duration (like methotrexate), are sometimes prescribed, although less so with the approval of oral JAK inhibitors, in light of their numerous side effects, Birlea said.

Three such JAK inhibitors already approved by the U.S. Food and Drug Administration are Jakafi®(Ruxolitinib), a medication that is used to treat bone marrow malignancies, and Olumiant® (Baricitinib) and Xelijanz®(Tofiacitinib), both medications for rheumatoid arthritis.

In a study of severe AA patients treated with oral Xelijanz for four to 24 months, 74.3% of patients showed clinical response, and 51.4% showed greater than 50% hair regrowth. “Those results could not be achieved with the standard treatments, indicating that this is a major clinical research breakthrough,” Birlea said.

“JAK inhibitors can provide excellent results, inducing significant or full hair regrowth, even in those patients who have been resistant to standard therapies or have been having long-standing disease.” – Stanca Birlea, MD, PhD

Dunnick is leading a trial of a phase 3, open-label, multicenter study looking at the long-term safety and efficacy of an oral JAK inhibitor for alopecia areata.

Dunnick, Norris and Wallace are also part of a National Institutes of Health-funded study on the use of JAK inhibitors for five skin diseases common in patients with Down syndrome (including alopecia areata) and led by Joaquin Espinosa, PhD, professor of pharmacology and executive director at the Linda Crnic Institute for Down Syndrome.

The study aims are to:

While JAK inhibitors are promising, the treatment option is mostly symptomatic, with hair loss typically reoccurring within months of the discontinuation of therapy, Birlea said. For this reason, providers recommend it long term, trying to maintain patients on the minimum effective dose, she said.

"JAK inhibitors can provide excellent results, inducing significant or full hair regrowth, even in those patients who have been resistant to standard therapies or have been having long-standing disease,” Birlea said. “This outcome can have a profoundly positive effect on affected patients’ quality of life.” 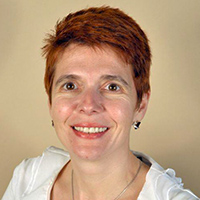