Home News BA.5: What You Should Know About the Dominant COVID-19 Variant back to News

BA.5 now accounts for nearly all SARS-CoV-2 infections in the state, as a surge in the omicron variant has made its way across the country. Experts discuss its characteristics and vaccine booster news.

BA.5, the latest omicron variant, now accounts for nearly every new SARS-CoV-2 infection in the state, and community levels are high across the Denver metro area, according to the Colorado Department of Public Health and Environment (CDPHE).

The state’s picture mirrors the nation’s, with rising case numbers now including twice-boosted President Joe Biden, whose age (79) puts him at high risk of severe disease. But Biden’s reportedly mild symptoms and rapid treatment with the antiviral Paxlovid represent how the COVID-19 environment has changed.

Below, Michelle Barron, MD, and Thomas Campbell, MD, two University of Colorado School of Medicine experts in the Division of Infectious Diseases, discuss the evolving COVID-19 picture and answer questions about the latest variant and booster shots.

How infectious is it? It’s hard to say.

BA.5 overcame its omicron BA cousins within weeks of arriving in Colorado in May, and the state’s positivity rate is about 11%, according to the latest CDPHE data. Early in the pandemic, experts recommended masking and social distancing when positivity rates reached 5% in a community.

Factors today, such as increased home testing and halted contact-tracing programs, skew estimates. “There are a lot of cases out there that we are probably unaware of,” Barron said.

Unlike last year, indicators suggest a potentially difficult influenza season for 2022-2023, and experts remind people not to forget their flu shots. While in the works, a combination flu/SARS CoV-2 vaccine is not expected in time for this year, they say.

A recent paper predicting a BA.5 R-naught (RO) of 18, meaning one infection will lead to 18 other infections, put BA.5’s infectiousness above measles, one of the most contagious viruses. In comparison, the original SARS-CoV-2 virus RO was below 3. The calculation generated both alarm and controversy in the scientific community.

“We have to be careful about how we interpret infectivity related to just R-naught, because other things besides infectivity influence R-naught,” Campbell said. For one, public health measures no longer widely practiced lower RO. So lack of social distancing and mask-wearing today could make BA.5 seem more transmissible than previous variants, when safety protocols were followed, he said.

A lack of booster uptake likely contributes to higher rates, as the vaccines’ effectiveness against infection fades after six months, Campbell said. Fewer than 35% of the U.S. population have received a primary series plus one booster, according to recent Centers for Control Disease and Prevention data. And fewer than 25% of those 65 and older have gotten two boosters.

Variant-specific vaccines expected this fall have muddied the booster decision. Some eligible people are waiting, deciding that the newer vaccines covering circulating variants are not far off and make more sense than the current boosters, which still target the original SARS-CoV-2.

"The targeted release date is October, but it could be as late as December before vaccines are approved and widely available. And positivity rates are high right now,” Campbell said.

While BA.5’s mutations help the virus sneak past vaccine and natural immunity defenses better than its predecessors, the current vaccines still protect well against severe disease and thus hospitalization and death, Barron said. Waiting for newer vaccines or opting out of boosters altogether can be risky, she said.

“It’s like you’re stranded in the middle of the ocean, and you have to get to shore,” she said. “You’re offered a life vest, and you say, ‘Oh no. I’ll get to shore just fine.’ Having that extra layer of protection is in your best interest. You don’t know what’s to come or how bad it’s going to progress. And then you lost your window of opportunity.”

Is it more severe? Not yet. But define ‘severe.’

So far, no evidence suggests an increased severity of illness from BA.5, Campbell said, noting that vaccines and effective treatments, such as Biden’s prescribed Paxlovid, have helped lower risk of severity.

But Barron said it’s important to understand that when experts rate severity of illness, many determinants are focused on hospitalization. “So when we say it’s less severe, I think a lot of people think, ‘Oh, I don’t get sick. It’s a cake walk.’”

That’s not necessarily true, Barron said. Some people, even otherwise healthy and vaccinated, are feeling pretty “wiped out” for a while with BA.5 infections, she said. “And if you’re like me, I just don’t want to get sick.”

“It’s like you’re stranded in the middle of the ocean, and you have to get to shore. You’re offered a life vest, and you say, ‘Oh no. I’ll get to shore just fine.’” – Michelle Barron, MD, on not getting COVID-19 booster shots when eligible

Common BA.5 symptoms mirror those of other variants and can include runny nose, cough, sore throat, fever, headaches, muscle pain and fatigue. Infections appear to target the upper respiratory system as opposed to the lungs. Reports say Biden has experience all the above symptoms but has continued to work in isolation and register “excellent” oxygen levels.

How long does immunity last? About...

With the high number of mutations the virus has undergone in the past two and half years, duration of immunity after recovery from an infection is less clear, Campbell said. “I think three months is a reasonable recommendation,” he said, referring to how long to wait for a booster shot post-infection.

“The best bang for the buck comes after giving the immune system time to rest after vaccination or exposure,” he said. “You get a better immune response. That’s why we separate out the boosters.”

BA.5, now dominant across the country, appears to have a high ability to re-infect people, sometimes relatively soon after a first infection with one of the prior variants. Particularly with the risk of long COVID from these infections not yet clear, Campbell advises: “Get boosted as soon as you are eligible and stay tuned for information on variant-specific vaccines.”

Effective treatments are also available to reduce the chance of severe COVID-19, and people who test positive should contact their doctors, he said.

Can we halt the reinfection cycle? Probably not.

SARS-CoV-2 is biologically the same as other coronaviruses that have been infecting people for thousands of years, Campbell said. “Everybody gets infected with those viruses (coronaviruses that cause the common cold) multiple times in their life. Immunity, whether it’s from natural infection or from a vaccine, is going to have a certain lifespan,” he said. “After that lifespan ends, you can get re-infected.”

Although following recommended vaccine protocol can diminish the spread and decrease opportunity for the virus to mutate, vaccines will never put an end to SARS-CoV-2, Campbell said.

“They (vaccines) will be something we need from now on, especially for the older population. We need vaccines not to prevent us from getting infected but to keep us out of the hospital should we get infected. And that’s what we need to focus on. If we do that, we also keep people from dying.” 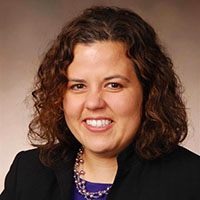 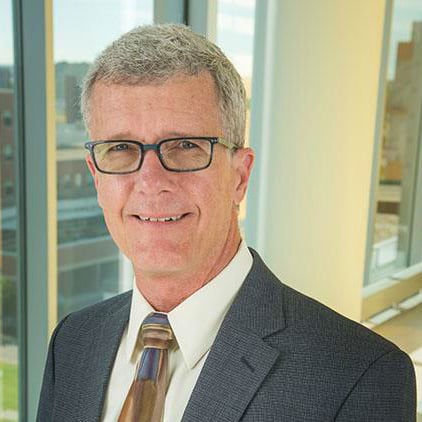