Jeffrey Jacot, PhD, is using bioengineering to drive new tissue formation within the heart. Prevascularized implantations recruit new cells within the body to continue to grow heart tissue and change the organ’s geometry for improved function.

Jeffrey Jacot, PhD, who oversees the Jacot Lab for Pediatric Regenerative Medicine, easily gets pumped about his work.

All he has to do is open the incubator door in his laboratory. “There are cells or tissues in there just beating by themselves,” said Jacot, associate professor of bioengineering. “It’s really awesome.” This video shows a beating scaffold with cardiomyocytes in Jeffrey Jacot's laboratory.

The condition requires a series of surgeries “and doesn’t result in the same quality of life” for the child, Jacot said. “It generally causes a lot of other health problems later, just from different blood pressures, different flows. It makes it much tougher to do a heart transplant because suddenly the patient is given a two-chambered heart and the lungs aren’t used to high pressure, so they fill up with blood. So, often times, a patient needs a heart and lung transplant to get over the complications.”

Jacot said the standard treatment has been to install a patch, typically made from plastic, to redirect blood flow inside the heart. His team is taking a different approach: using bioengineering to drive new tissue formation within the heart, essentially changing the organ’s geometry for improved function.

In a recent study published in “Advanced Healthcare Materials,” Jacot’s team prevascularized a heart patch with human umbilical vein endothelial cells and amniotic fluid stem cells. In vitro, sitting in cultures inside the incubator, these 3D patches create tiny vascular networks and begin to beat on their own.

Jacot’s team then implanted two versions of patches – the prevascularized 3D ones and non-cell loaded patches, which served as the control – into full-thickness heart-wall defects in the right ventricle of rats. Two months after surgery, the repair with the prevascularized patches resulted in improved heart function. The patched area showed greater vascularization and muscularization, less fibrosis and increased regenerative cell infiltration compared to the acellular control patches.

‘It's not a patch that goes over an area of the heart. Rather, it’s something

While the results showed improvement, he said, the heart function still wasn’t comparable to a healthy native heart. “The current paper we have in submission is focused on in-vitro study – going back to better ways to do prevascularization in vitro and looking at the communication between the heart cells and other cells.”

In its work to grow heart tissue from cells found in amniotic fluid to fix congenital heart defects in newborns, Jacot’s team collaborates with cariologists and geneticists on campus as well as the dermatological research team of Ganna Bilousova, PhD, and Igor Kogut, PhD. In their work at the Gates Center for Regenerative Medicine, Bilousova and Kogut have developed a more efficient approach to reprogramming a patient’s diseased skin cells into stem cells.

“They have figured out how to generate stem cells from epithelial cells sloughed off in urine,” Jacot said. “Then they make cells that can turn into any cell in the body. All of the cell types we use we differentiate in our lab, so we collaborate a lot.”

Jacot said his team is also working on a bioreactor project that involves conditioning heart tissue ahead of implantation so that it’s better primed to be incorporated into the heart. As the recent right ventricle study showed, “this isn’t quite ready to go straight into a patient or even a large animal, but it is showing improved heart function. This shows us that our hypothesis is correct, and it gives us information to go to the next iteration.”

Congenital heart defects are an area long overdue for improved treatments, according to the bioengineer. “This research could make a really transformative difference,” Jacot said. “We’ve been fixing hearts the same way since 1980. This would change the way we do congenital heart surgery.”

He added, “We’re coming up with a lot of really important things that feed into other areas of healthcare, too. I think the prevascularization strategy could be used for a lot of tissue engineering advancements.” 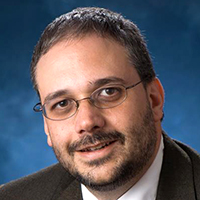