A CU Anschutz top expert on bipolar disorder offers a medically focused film review of a recently released documentary on a superstar’s journey with mental health struggles: “Selena Gomez: My Mind & Me.”

Christopher Schneck, MD, guardedly tuned in to a highly trumpeted documentary on celebrity Selena Gomez on a recent weekend. Unsure if “Selena Gomez: My Mind & Me,” a six-year recorded journey of the pop star’s life that debuted Nov. 4 on Apple TV+, might amount to a publicity ploy, the top bipolar expert began watching with a skeptical eye.

Quickly taken by the film’s raw emotion and intimate exposure, however, Schneck sensed Gomez was on a sincere mission. Curious about the young woman, whose name he knew only because of her leading role in one of his kids’ favorite shows years ago called “Wizards of Waverly Place,” he went online and was struck by the former Disney star’s social media presence.

“The kind of influence she potentially has talking about mental health issues, talking about bipolar disorder, is really quite amazing,” said Schneck, a professor in the Department of Psychiatry at the University of Colorado School of Medicine.

By sharing the reality of her life, which included doubts of self-worth and suicidal thoughts, the young actor, singer and songwriter could help reduce stigma, raise awareness and inspire conversation about mental health issues, said Schneck, medical director for the Helen and Arthur E. Johnson Depression Center at the CU Anschutz Medical Campus.

The documentary begins with a look at the thrill and glitz of a superstar on tour. Gomez commands stage after stage, belting out hit songs in dazzling costumes amid flashing lights for her adoring fans. But life in the limelight suddenly turns dark, with backstage clips of Gomez breaking down in tears, bemoaning her “12-year-old-boy” body and agonizing over not being good enough.

“Your view of these stars from afar is, ‘Oh, what glamour. What a magical, amazing life,’” Schneck said. “And then you look at what that life is really like, the kind of pressure that she is under, this constant frenetic pace going this place and this place, and your view changes,” Schneck said.

While genetics play a role in bipolar disorder, a roller-coaster illness of manic highs and frightening lows, other factors can contribute to its severity. “There is also a clear association between stress and psychiatric illness,” said Schneck, who was struck by repeated scenes of Gomez being primped by hair and makeup artists while appearing exhausted and disgusted.

“When you look at her life and the crazy pressure that she is under to perform and to always be on display and be perfect and how kind of crushing that is, you can imagine that kind of pressure is not good for anybody,” Schneck said. “But if you have the risk of having a mood disorder, or if you have a mood disorder, it just multiplies the potential for a relapse.”

Depression and anxiety plagued Gomez, whose acting career began at age 7 with a debut on the 1990s children’s show “Barney and Friends.” An emotional breakdown during a concert tour years later marked her turning point, resulting in a stay in a psychiatric hospital and a bipolar disorder diagnosis.

Other mental issues often co-occur with bipolar disorder, with anxiety and substance abuse affecting over half of his patients, Schneck said. It didn’t appear from the documentary that Gomez had drug or alcohol issues, he said. “And that’s great for her, because that, as you can imagine, only complicates things so much more.”

“Going to those really dark places is so frightening, whether that’s getting psychotic on the upside or getting so depressed you are suicidal on the downside.” – Christopher Schneck, MD

Treatment, especially initially, can be complicated enough, as doctors face a cyclic but sporadic disorder that can go from severe mania with psychosis to debilitating depression in its severe form, bipolar 1. During her hospital stay, friends described Gomez as paranoid and unrecognizable, suggesting a psychotic break. After her release, Gomez said she felt “like I was gone” and that “my life was over.”

It wasn’t until work with an outpatient psychiatrist, who scaled back and adjusted her medications, that Gomez said she began to feel like herself again.

“That’s very common,” Schneck said. In a hospital setting, a doctor’s goal is to get her well enough to re-enter society, he said. After that, the work begins in the outpatient setting to refine treatment to what’s most tolerable and effective for a patient’s changing needs, he said.

‘There was nothing there’

Clips of Gomez’s tear-streaked face and of a young woman bedridden with sadness prevail throughout the film. “For most patients who have bipolar disorder, the number of depressive episodes they have far outweighs the number of manic or hypomanic episodes,” said Schneck, explaining that having hypomanic, or less severe manic episodes, with severe depressive episodes constitutes a bipolar 2 diagnosis.

Gomez said she sometimes fought suicidal thoughts. “You would look into her eyes, and there was nothing there. Just pitch black,” a friend depicted in the documentary said of Gomez during her pivotal breakdown. “She said, ‘I don’t want to be alive right now. I don’t want to live,’” her friend said. “It was scary.”

“For the vast majority of patients, they can get better. And, as I tell some of my patients, the thing is they have to live in order to get there.” – Christopher Schneck, MD

Especially in men, suicide rates are higher with bipolar disorder, Schneck said. “For about 5% to 8% of patients, it proves to be a lethal illness because they end up taking their own lives. The unpredictability of mood can really be demoralizing for people. It’s hard to make plans when they don’t know what they are going to feel like in a week or a month. It’s just this roller coaster of emotions.”

After her breakdown, Gomez said she was worried that it would happen again. “What if I couldn’t come back?”

“For many patients, that’s their fear and an absolutely understandable fear,” Schneck said. “Going to those really dark places is so frightening, whether that’s getting psychotic on the upside or getting so depressed you are suicidal on the downside. It’s tremendously scary,” he said.

“But we do have good treatments. For the vast majority of patients, they can get better. And, as I tell some of my patients, the thing is they have to live in order to get there.”

‘I am grateful to be alive’

Gomez, who said she’s learning to live with her illness and feels more in charge of her emotions than ever before, said she confronts her fears through education. It’s something her mother taught her, Gomez said, who was terrified of thunderstorms as a child until her mother shared books with her explaining storms. “The more you learn about something, the less you are going to be scared of it,” her mother told her.

“That was one of the best things she talked about,” Schneck said, noting that education is critical with any psychiatric illness. “But particularly in bipolar disorder, the research shows that education about the illness is one of the key elements of a good prognosis,” he said. “The more they know, the more they can get on top of their symptoms early.”

Schneck said he came away from the documentary feeling Gomez was learning ways of intervening, including connecting with friends past and present and putting her energy into changing the mental health conversation through community programs and volunteer work.

“I know this is only the beginning,” Gomez said near the documentary’s end. “I am grateful to be alive. Clearly, I’m still here to use whatever I have to help someone else.” 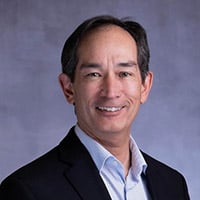