A lupus specialist provides an overview of what experts know about the chronic autoimmune disease, highlighted in a recently released documentary on celebrity Selena Gomez.

Celebrity Selena Gomez cracked open the door on lupus in her recently released documentary on Apple TV+, “My Mind & Me.” Focused largely on her mental health, which includes a bipolar disorder diagnosis, snippets in the film show the actor and superstar singer being checked and treated for lupus, which resulted in the need for a kidney transplant for Gomez in 2017.

Most common in women of childbearing age and more likely in African American, Hispanic and Asian populations, lupus affects an estimated seven out of every 100,00 persons. Patients with lupus can experience a myriad of manifestations, including arthritis, rashes and organ dysfunction. A relatively uncommon disease, lupus is generally not high on the public radar.

Below, JoAnn Zell, MD, associate professor in the Division of Rheumatology at the University of Colorado School of Medicine, who watched the highly publicized documentary, talks about the disease that she specializes in and the advancements in treatment.

What are the types of lupus, and what type does it appear Gomez has?

There’s very little information in the documentary about her lupus journey. But it sounds like she has the kind of lupus that involves her kidneys, and that’s about 50% of lupus patients. Every patient with lupus can be different. Some just have skin rash and arthritis, and others might be much more ill, requiring hospital admission or organ transplant.

Systemic lupus is an autoimmune disease where the body’s machinery that normally fights infection turns against itself and sees “self” as foreign, causing an inflammatory response, typically via the production of antibodies. The antibodies then lodge in tissues and can activate further inflammatory mechanisms. It can infect nearly any organ in your body.

Women of child-bearing age is where it’s more common, although it definitely can affect men. And it does tend to favor certain ethnic minority groups. Children can be diagnosed with lupus as well, and my colleagues at Children’s Hospital Colorado provide excellent care for some very ill kids who develop this disease.

What do studies suggest might contribute to the higher incidence in women of child-bearing age?

There are lots of theories. Some people think there’s this hormonal milieu, and that’s why women of child-bearing age are more likely to develop it and why we see some flares during pregnancy when the hormones are going up or down. Similarly, lupus is less common after menopause in women.

There are theories that it also might have something to do with the X chromosome. There’s a condition called Klinefelter syndrome where men are born with an extra X chromosome and have a lower level of testosterone. The rates of lupus are actually higher in that group as compared to those who are just XY. But there are over 150 genes that are involved in lupus. So we know this is a disease that has complicated roots.

In the documentary, Gomez is treated with a Rituximab infusion. What is that, and how is lupus generally treated?

Rituximab (Rituxan) targets something called CD20, which is a marker that exists on some B cells (a kind of white blood cell that makes antibodies). It’s a drug that is used for certain B cell lymphomas. So if you have a lymphoma that’s affecting the lineage that has a CD20 on it, it’s a great way to target these cells, because it will literally tag those cells and remove them from the circulation.

In the case of lupus, which, again, we think is an antibody-driven disease, the theory is that by taking out some of those cells, we’re decreasing some of that autoimmune potential to make lots of antibodies, which then will target soft tissues. So, in general, we treat lupus by trying to modify the immune system in such a way that it won’t target those “self” antigens. And we have different medications to do that.

We use steroids often in lupus, such as prednisone, but the drug is toxic to all white blood cells and can really depress the immune system. The way of the future is to be more targeted in our approach, so we don’t ‘take out’ the whole immune system.

Are there environmental triggers, such as stress?

One of the biggest environmental triggers is the sun. The UV rays from the sun can cause damage to the cells of the skin, causing DNA and RNA and other materials to extrude out of the cells and then probably promote autoimmunity. Your body can react to them if you have lupus. It’s not uncommon for a patient to travel to Hawaii, for example, and get a sunburn and then develop a lupus flare. One of the things we tell patients to do is wear sunscreen everyday rain or shine. Even florescent lighting can emit UV rays.

Stress is a harder one to study. I think that most of us in medicine believe that perhaps if your cortisol levels are super high all the time that maybe that’s contributing. I’m also a believer that highly processed foods are not great for us, even though I don’t have a study to cite. Sometimes, I tell people to try to eat food that comes out of the earth instead of food with lots of ingredients.

What are the chances of dying with, but not from, lupus today?

It’s much better than it used to be. In the 1950s, people weren’t living very long who were diagnosed with lupus. But now we believe that with good disease control, most patients can live normal life spans.

We often have a number of drug studies for lupus, especially for those who have lupus with kidney disease. We have one now that is very exciting. It might be three times stronger than rituximab. If there are patients out there interested in taking part in a study, we’d love to see them and try to get them in a clinical trial.

Do you see any benefits to Gomez revealing her lupus struggle?

I think just from an awareness standpoint, yes. It can help people who are out there struggling with lupus to not feel alone and know that there’s someone out there in the public eye that’s dealing with the same thing that they are dealing with – someone who even had to go as far as a kidney transplant. We do know that community support is so helpful in this disease. The Lupus Foundation of America and its Colorado chapter have events for those struggling with the disease who want to meet other patients or become more involved in community awareness.

Note: This interview was edited for length and clarity. 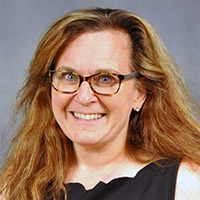