Steven Berkowitz, MD, discusses the fallout of the riotous overtaking of the U.S. Capitol on Jan. 6. The professor of psychiatry at the University of Colorado School of Medicine said the unprecedented act tested a nation that was already shaken.

A storming of the U.S. Capitol aimed at halting a historical presidential electoral vote failed in its intent on Jan. 6. Yet the riotous act frazzled a nation already weary from a months-long pandemic punctuated by political turmoil and social unrest. And the collective stress is taking its toll.

Below, Steven Berkowitz, MD, professor of psychiatry at the University of Colorado School of Medicine, shares his thoughts on some of the effects, from broken relationships to a lost sense of stability for Americans.

Citing a New York Times headline, yesterday’s violent overtaking of the U.S. Capitol shook the nation. Why is this incident hitting us so deeply?

Human beings rely on leadership, government and structure in order to know their parameters. Directions and guidelines from leaders make us feel secure. And this was pulling the rug out from under everyone in terms of what does leadership look like? What does it mean? How do we rely on structures that are so vulnerable and frankly seem so weak? It’s very disconcerting that the Capitol could be overrun and attacked in such a way. 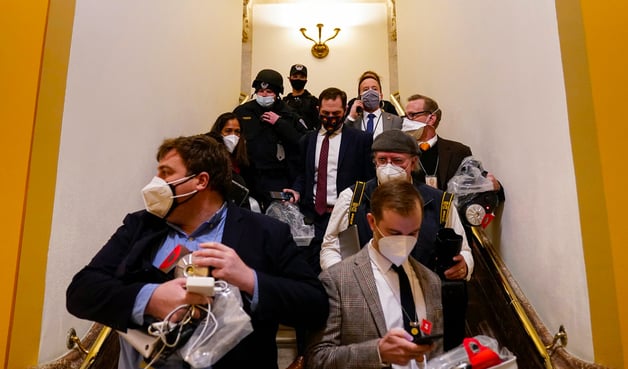 Rep. Jason Crow, D-Colo., of Aurora (center), is ushered with others down a Capitol stairwell.

Social media platforms, from Facebook to Instagram, banned President Trump following the uprising. Ugly political rifts have played out on social media for the past few years. How has social media affected our well-being during these times?

That’s a really complex question. But I see it in this way: What social media does is it allows an unfiltered platform for communication. It’s only recently that they’ve even begun to vet information and opinions. Because of that, it has allowed a groundswell of people who have idiosyncratic, cult-like and other such opinions to find each other and to support each other and to foment the kind of insurrection that we saw yesterday. Social media – unintentionally, I think – provided the platform for this occurrence.

The National Alliance on Mental Illness (NAMI) issued a statement in response to the uprising that ended with a reminder: “You are not alone.” How true and how important is that message for us right now?

I think we all know that connection and social support are crucial, particularly in difficult, stressful times. So, I think that message is really important. Nobody is doing well. Everybody is struggling to some degree. Recognizing that our reactions, our responses to what happened yesterday, is greatly influenced by being in the middle of a pandemic is essential.

The political division in our country is taking a heavy toll on relationships, including long-standing friendships and marriages. How can we save those relationships, or should we?

It is very serious and, frankly, very concerning. Fault-lines in our society and in or relationships that were previously managed have been increasingly exposed. Some of these things you were able to overlook, you can’t overlook anymore. That really is an issue, and I don’t know that they are savable. I think it really depends on the individual relationship. One of the things I often will say when I am working with couples is a successful marriage is not about what you like. It’s about what you are willing to overlook. If you are willing to overlook it, then you really love the person.

Concern about children is growing. What can we as parents, teachers, caregivers do to help our nation’s youth through these tumultuous times?

The short version is really being available and recognizing that their social and emotional needs are more important right now than their academic or some other needs. Children rely on adults and authority to understand the world. And when the adults and authorities are making the world less understandable, it’s really problematic. 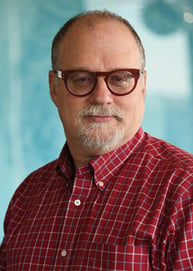 What are some chief teachable moments parents can leverage from this political revolt?

I think we as a society don’t know each other anymore. I think we live in our bubbles and silos and that one of the most teachable things for children is to have them get out there and meet people who are not like us, who don’t come from the same background, who are of different races and ethnicities. Be curious. We need to understand each other and what our concerns are. Then we can actually begin to have real discussions. I think that’s one of the reasons what happened yesterday occurred. People don’t understand and know each other.

Many people were glued to the TV during the overtaking. It’s obviously not something we should ignore, but how do we know when our media consumption is too much?

I think if you are feeling that what you’re doing is causing you agitation and anxiety and it is going to lead to you not sleeping, then that’s a clear sign that you’re on overload. With that said, in all fairness, I’m not sure anybody could have pulled themselves away yesterday. I think there is much to process, much to understand. And then the other piece is what do I do with my frustration, my fear and my anger? How am I supposed to behave now?

How do we know if we should seek professional help for ourselves and for our children?

If you are really feeling after a week or so that you can’t manage, that you’re not able to return back to your functioning level pre-event, that’s a sign. But again, it’s important to remember that you probably weren’t functioning the way you were in 2019. For kids, real behavioral changes – irritability, withdrawal – that go on for more than a week are really an indication that they need some support.

“I think we as a society don’t know each

This is all unraveling people and affecting family and work life. How do we stay focused?

I’m struggling with this myself. I have to be honest: My work shut off yesterday around 2 o’clock. I just couldn’t get anything done. But I think the most straightforward answer to getting back is you need to process. And it’s OK if it’s interfering with what you feel like you need to do at the moment, because you’re not being effective anyway. Process and process again with friends, colleagues, family. And don’t beat yourself up about being distracted. Recognize again that you’re not alone.

Note: This interview was edited for clarity and brevity.