Chadwick Boseman’s all-too-early death has cast the spotlight on a trend University of Colorado School of Medicine doctors have been heralding for nearly two decades. Colorectal cancer, the disease that took the acclaimed actor of “Black Panther” fame, no longer falls in the old-person’s disease bucket. 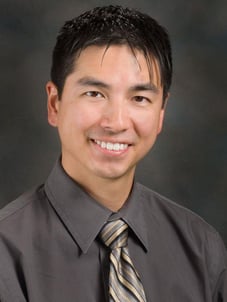 Finding a person on his exam table newly diagnosed with colorectal cancer as young as (or younger than) the 43-year-old Boseman, who died from the disease on Aug. 28, has become more routine over the years for Christopher Lieu, MD, associate director of clinical research at the CU Cancer Center. Cases in young adults (under age 50) have trended up each year in Colorado by 2.5% since 2003.

“It’s still a rare cancer in young adults, but it is concerning that we’re seeing that increasing trend every single year,” said Lieu, who helped launch the Department of Surgery’s Young Adult Colorectal Cancer Clinic on the CU Anschutz Medical Campus in 2015 with Whitney Herter, PA-C, and Jon Vogel, MD.

While Boseman’s death has shined an “unfortunate light” on the issue, he hopes it turns up the message that has still fallen on some deaf ears, even among providers, Lieu said.

“Every single one of my (young adult) patients has been told they are too young to have colon cancer,” he said. “We want to make sure that is never said again.”

In 2020, 12% of colorectal cancer cases will be diagnosed in people under 50 – about 18,000 cases, according to the American Cancer Society. Researchers have searched for answers explaining the increase with limited success. “Nobody truly knows,” Lieu said. Theories run the gamut, from environmental factors (diet and obesity) to changes in the microbiome (gut bacteria influenced by diet and lifestyle factors).

While a chief research focus revolves around the nation’s growing waistlines, with poor diet, lack of exercise and obesity’s associated diseases playing a role, Boseman’s case illustrates there’s much more to it than just lifestyle, Lieu said.

“Anecdotally, when you come to my clinic, and you meet some of these young patients with colorectal cancer, they look a lot like Chadwick,” Lieu said of Boseman, who also starred in “42” as baseball player Jackie Robinson and “Get on Up” as singer James Brown. “They are not only young, but they are healthy, and they are fit. They are triathletes. They are Division I athletes.”

A bigger issue for young patients with colorectal cancer, and one that affected Boseman, is a tendency for delayed diagnosis, Lieu said. A study he and his colleagues published found that, within a young cohort of patients, the average time from symptom onset to diagnosis was over 200 days, he said. “For older adults, the average is less than a month, and that’s a gigantic difference.”

Boseman, whose acting career, particularly his portrayal of T’Challa in “Black Panther,” catapulted him to culture-hero status, was diagnosed with stage III colon cancer in 2016. Black Americans have a 20%-plus greater risk of getting colon cancer and an even higher risk of dying from the disease.

“We know that our outcomes in underrepresented minorities are oftentimes worse, including with colorectal cancer, and that’s an area of extreme focus across the country and certainly at our Cancer Center,” said Lieu, adding that he is working at boosting representation of underrepresented groups in clinical trials.

The pandemic has also heightened cancer specialists’ concerns about an increase in late-stage cancers due to delays in screening. “We are starting to see some evidence of that, but it’s too early to tell if that really will be the case,” Lieu said.

Treating his young patients can be emotionally tough, hit with this adversity in the prime of life, he said. Often in school or new careers and with young families, their situation spurred the clinic dedicated to them, which provides multidisciplinary care, from the best oncologists and radiologist to psychologists and social workers.

But, as with Boseman, who kept his disease private for four years while still pleasing his fans on the big screen, Lieu said his staff is continually inspired by patients’ courage and strength.

The “take-home message,” Lieu said, is that everyone needs to know their family history, pay attention to risk factors, and know the signs and symptoms.

“As long as we have it in our minds, we are much less likely to miss it. I tell my patients: You know your body better than anybody else. If you notice any symptoms that are concerning to you, get it checked out. Don’t ignore it. And don’t let your doctors ignore it either.”