Home News Leading in Prevention of Elder Abuse: CU Anschutz Boasts One of Only Two Teams in Nation back to News

As a national leader in elder abuse services and protection, VESPA’s goals are to recognize abuse, to educate healthcare providers and to support patients’ safety and quality of life while keeping their values in mind.

Elder abuse and neglect are major problems – they happen to one in 10 older adults in the United States – and often hide in plain sight.

“A lot of times it’s happening right in front of our eyes, and we don’t recognize it,” said Sarah Tietz, MD, assistant professor of medicine-geriatrics in the University of Colorado School of Medicine.

“Elder abuse doesn’t have very much research or people who specialize in it on the medicine side of things,” said Tietz, a member of VESPA. “Of course, APS (Adult Protective Services) and often the police are involved, but there are not a lot of medical providers who really know how to identify and respond to abuse or neglect.”

The following is a Q&A with Tietz about VESPA’s operations and the significant problem of elder abuse and neglect.

How widespread is elder abuse and neglect in the U.S.?

Elder abuse is really under-recognized – about one in 10 older adults experience abuse or neglect a year, and only one in 24 cases are ever recognized.

It’s hard to say. Because it’s so under-recognized, when APS cases increase, we don’t really know if that means people are doing a better job of recognizing it, or if the incidences of abuse are increasing.

What are some of the reasons for elder abuse and neglect being under-recognized?

Many people who suffer abuse or neglect have dementia or some other cognitive impairment, so they aren’t able to report themselves. Most abusers are family members, or a caregiver, or someone else the person knows well. So, a lot of the (victims of abuse) are reliant on that person – either to provide a place to live or to help them with their day-to-day activities or to help them financially. So, when that’s the case, they often don’t feel they can speak out because that’s the closest person to them.

So, it’s often a hidden problem?

There’s not much training (in identifying elder abuse) at all. It’s not just physicians, but also nurses, physical therapists, CNAs (certified nursing assistants). For example, a bruise on someone’s back might not be noticed by a provider because we aren’t looking at their back, but maybe a caregiver who is helping them get dressed has noticed. I think a lot of times people don’t know what to look for. A big part of it is education of all levels of healthcare providers.

When elder abuse or neglect is identified, what specific interventions take place?

It’s tough, because every case is different. A lot of it has to do with what social and family supports are available, what family supports are available. Every case is unique, and every case requires a lot of creativity. Our team always says, ‘Once you’ve seen a case of elder abuse, you’ve only seen one case of elder abuse,’ because they’re never the same.

I think a lot of abuse has to do with situations. Most people don’t want to abuse other people. There could be substance abuse involved, a lot of stressors involved, financial strain, mental health disorders. A lot of this work is trying to figure out how to support that family unit, and how to decrease the risk of it happening in the future.

Sometimes that means removing the patient from the home; sometimes it means putting somebody in a nursing home. But most of the time it means providing the family support or having different family members move in with the patient in order to keep them safe. Safety is important, but quality of life is important as well, and sometimes there is a balance of how to find safety and how to find quality of life. And, especially, if patients are able to participate in that conversation, it’s ultimately up to them.

So, there isn’t an established framework for handling elder abuse cases?

There isn’t a framework. It’s not something like, for example, diabetes, where we have a framework: This person has this disease, and we order these labs and offer these medicines and do it this way.

Nobody knows exactly how to do this. We barely know what elder abuse looks like in terms of physical abuse. There’s such a paucity of research, and over time I think we’ll get a bit more of that. I think now it’s more about just trying to figure out what the best solution is for each individual, which we really should do in all of medicine, because people aren’t algorithms.

What does VESPA do upon identifying an elder-abuse patient?

Initially, we are brought in to do a patient evaluation, to screen for safety, and to decide if we think things are consistent with abuse or neglect. We have meetings with APS, the police and home-help agencies. With APS, we share ‘These are our concerns’ because a lot of times a report is made, but APS doesn’t get the same details that we heard from providers, or what we saw.

We coordinate with the inpatient team and the primary care provider as well as the home-health workers, and we connect people to community resources. We coordinate everything to get the older adult safe and ensure they have the resources for all their needs.

Beth Bernard, MSW, LCSW, VESPA program coordinator and clinical social worker, does social work consultation. Once (the patient) leaves the hospital, she regularly checks in to see how people are doing and to see if they need any other resources.

Did VESPA look to the Kempe Center for the Prevention and Treatment of Child Abuse and Neglect for inspiration in this work?

Does VESPA have plans to conduct research?

Research is a goal. Our current grant is written for the delivery of services. We’re collecting data for the purposes of program evaluation, but the plan in the future is to use the data we’re collecting to do research.

Is there anything else people should know about elder abuse or VESPA?

It’s worth saying that if anyone has a concern about abuse of an older adult, they should reach out to their local police department. VESPA is housed within the Geriatrics Division of the University of Colorado School of Medicine and also the Multidisciplinary Center on Aging. 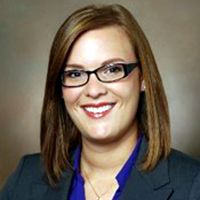