Embracing their own vulnerability and telling personal stories, University of Colorado Anschutz Medical Campus psychiatry faculty shared how they are innovating across disciplines and using digital technologies, novel drugs and deep brain stimulation to transform the mental health treatment landscape.

They presented the new discoveries in mental health to an audience of over 100 on Nov. 1 at the Transforming Healthcare community lecture at CU Anschutz.

Before COVID-19 emerged, the nation was already dealing with a growing mental health crisis. The problem was only compounded by the pandemic, which brought into stark focus the lack of providers and adequate treatments. In his opening remarks, CU Anschutz Chancellor Don Elliman reminded the audience about the decision made four years ago to transform the campus’s role in mental health in the state of Colorado.

“Prior to that, we had been largely focused on research and education,“ he said. “We've increased the number of lives we've touched every year by 400%.”

Neill Epperson, MD, chair of the Department of Psychiatry at the CU School of Medicine, said, while once hesitant, she is now a convert to the use of digital technology for the treatment of psychiatric disorders. Her primary concerns centered on the lack of evidence of efficacy or safety and losing the critical patient-provider relationship.

But, knowing that 60% of counties nationwide lack a psychiatrist, and 30% lack a psychologist, Epperson knew that it was time to think “outside the box” and embrace remote patient monitoring, she said.

Epperson and partners at UCHealth began working with a digital health company created by mental health providers. Using HealthRhythms technology, the department has employed passive, remote monitoring for 100 patients with plans to expand to 2,000 this year. By tracking behavioral “vital signs'' of well-being such as sleep, physical activity and socialization, the product proved to predict a person’s mental health crisis with 90% accuracy – seven days before a patient recognized they were in trouble.

“It allowed us to reach out to patients in real-time and say, ‘Hey, how are you doing? Is everything OK?’” Epperson said.

Seeing the technology in action helped alleviate her concerns about relationships.

“Patients loved it because they felt more connected to their provider,” Epperson said.

Assistant Professor Andrew Novick, MD, PhD, said his “bubble was burst” just before starting his residency, when a renowned neuroscientist commented that “hypothesis-driven research has yet to make a truly meaningful clinical impact in psychiatry.”

The first therapeutic drugs used to treat depression were found via serendipity during trials for treating tuberculosis and cancer in the 1950s. Though there are currently fewer than 30 drugs approved for major depressive disorder, each has been derived from these two original drug classes.

The current options work for six out of 10 people.

To address the “big hole” in the ability to help patients, Novick believes the latest science about the neurobiology of depression offers the best path forward.

“We know from animal studies that psilocybin – the active component of ‘magic mushrooms’ – can rapidly enhance neural connections,” he said.

In humans, it’s still unknown how and why psilocybin works, but he and his team intend to find out using human studies and partnering with drug companies interested in these novel approaches.

Obsessive-compulsive disorder (OCD) is the only psychiatric condition that has received U.S. Food and Drug Administration (FDA) approval for DBS as a treatment. OCD affects approximately 3% of the U.S. population, with under 60% responding to standard treatment and only 10% going into complete remission.

Though minimally invasive, it’s a rare neurosurgical procedure, and CU is one of the few centers to offer the treatment. Since 2015, there have been only 400 surgeries worldwide. Because it’s brain surgery, it’s reserved for people who have tried everything and not responded to standard treatments.

Rachel Davis, MD, associate professor of psychiatry, cautions that DBS is not a cure. A good response is a 35% reduction in symptoms.

“A 35% reduction in symptoms could mean someone goes from spending 12 hours per day doing compulsions and not able to leave the house, to spending six hours per day and able to go to school with significant support. So it can really have an impact on quality of life,” she said.

Moksha Patel, MD, assistant professor in the Division of Hospital Medicine, has faced a life-long battle with severe OCD. He underwent DBS and has experienced life-changing results.

“For me, OCD was ubiquitous. It affected all parts of my life,” he said.

Despite trying all evidence-based treatment options, nothing helped. He’d given up hope, until he tried DBS.

“The miracle of a rare but effective brain surgery changes your reality,” he said. “I’ve been blessed.”

Can DBS help people with substance use disorder?

Methamphetamine-use disorder affects 1.5 million people with a high number of deaths from overdose. Currently, there are no medications approved by the FDA.

There are only three patients worldwide who have undergone DBS for methamphetamine substance use disorder. The results are encouraging to addiction psychiatrist and Associate Professor Joseph Sakai, MD. He recently received support to study five patients over the next two years.

“We want to push the boundaries of what we can do and really try to develop something that we hope will be more effective,” he said.

Should the results of the trial prove promising, the National Institute on Drug Abuse has promised to fund a larger, crossover study of 20 people over three years.

“We're trying to develop an evidence base that would support the use of DBS in this area,” Sakai said.

Guest contributor: Carie Behounek is a writer specializing in healthcare and science. 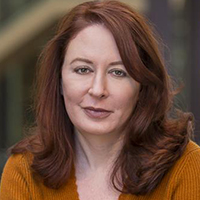 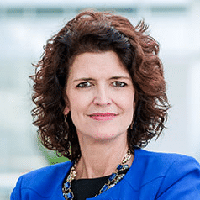 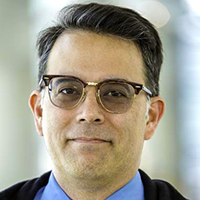