Home News Experts: Now, More Than Ever, Teach Your Children Well back to News

With the world they live in far from “normal” in 2020, our youth are tackling challenges not faced by generations before them. A trio of child psychology experts shared insights and advice during a recent webinar on family life in the COVID-19 era.

Tots of 2020 faced a world of masked faces and forbidden hugs. Teens missed rites of passage, from prom to graduation ceremonies. And college students, who traditionally leave home for their first taste of freedom and higher learning, found social-distancing rules and virtual classrooms.

Add virus fears, political turmoil and social unrest, and the potential effects on the mental health and development of the nation’s youth raises serious concerns.

That was the consensus of a recent discussion featuring Steven Berkowitz, MD, professor and child psychiatrist with the University of Colorado School of Medicine and two other mental health experts, who offered insights on the effects the year of the pandemic has on families. 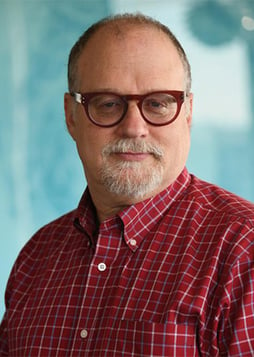 “It’s not just the pandemic,” said Berkowitz of the Department of Psychiatry. “We have social justice issues and issues of race and identity. We have multiple natural disasters: the wildfires and the hurricanes. And we have some of the most incredible political and social acrimony that we’ve had in a long time.”

The family-focused webinar included June Gruber, PhD, associate professor of psychology and neuroscience at CU Boulder, and Kendra Parris, PhD, a psychologist at St. Jude Children's Research Hospital in Memphis, Tenn. It was hosted by the Council for the Advancement of Science Writing and the National Association of Science Writers.

Keeping spirits up during these trying times can’t be easy for anyone, regardless of age, and that’s OK, the experts said. In fact, it’s better to accept negative feelings than to suppress them, according to Gruber’s research, which suggests responses such as anger, fear and anxiety are adaptive and can be healthy.

“We find that individuals who have more diverse emotions, that are more in tune with the changing world around them, actually fare better when we look over time at both their mental and physical health,” Gruber said.

Conversely, people who routinely suppress negative emotions, trying to smile in times of duress, were often found to have poorer mental health outcomes, from chronic anxiety and depression to even major illnesses, such as bipolar disorder, Gruber said.

Be their guiding hand

It’s important for parents to help guide children through their emotions by communicating and being there for them. With young kids, be simple and clear, but be honest, Parris said. “We know that honesty can reduce anxiety and clear up misconceptions,” she said.

Also, for younger children, we know that play is one of the natural languages, a way for children to learn about communication and emotional expression, Parris said. “So I would really encourage parents to utilize play as a way to communicate with their children right now.”

Family time during this era of social distancing and mask wearing is even more important. Communication cues, such as facial expressions, can be lost, and important relationships cut off, curtailing development, Gruber said.

“The other thing that young children want to know is that you are taking care of them,” Berkowitz said. “That they don’t have to worry.”

With teens missing much of their formative social and school time, parents should stay vigilant about social media use and make sure their kids know they are an ever-ready sounding board for any issue, Parris said.

“Remember that teens are going through a developmental stage where they think that they are invisible, that risks don’t apply to them,” she said. 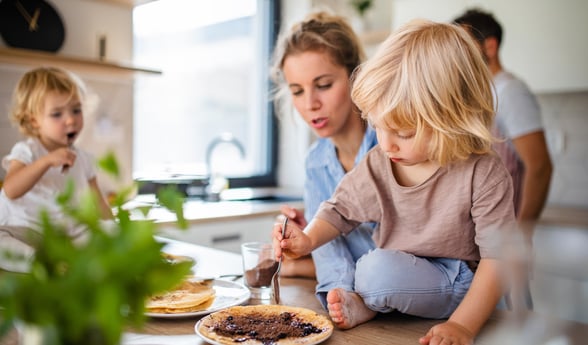 Family time is learning time and even more important during the pandemic, experts say.

It’s also imperative to remember no two kids are alike, Berkowitz said. “We have seen some of our patients actually thriving with the decreased social interaction,” he said, adding that they are the kids who tend to be more withdrawn.

Still, most patients are finding today’s circumstances “very stressful,” he said. Encouraging teens to talk isn’t always easy, but it’s crucial right now, he said. “One of the best ways to do that is to say: ‘What are you and your friends thinking about this? What are your friends talking about?’ That engages them, and it doesn’t put them on the spot.”

“They are facing a combination of stressors,” including financial, social and academic, she said. “Many of them have missed certain rites of passage coming into college, such as high school graduations and other key developmental milestones.”

At a time when they are navigating their autonomy and their identity, college students may be facing uncertainty about their future and difficulties navigating online education, Gruber said. “That’s really curtailing their normative social interactions that are key for this age.”

“We are seeing an already fragile mental health ecosystem among older adolescents and young adults on college campuses really at risk for even more escalated challenges, such as substance use, depression and anxiety,” Gruber said.

Answers include de-stigmatizing mental health issues on campuses and empowering people with science-based information, Gruber said. “There are a lot of wonderful resources out there, including The Happiness Lab podcast,” she said. “This is an evidence-based podcast that everyone can use in their daily life to increase their wellness and happiness on a day-to-day basis.”

Gruber suggests campuses also follow CU Boulder’s move to make mental health education a routine part of all students’ curriculum. “We’ve been developing a first-year course for freshman that we intend to roll out across the years.”

Changing perceptions is also key, Berkowitz said. “I’d like to add that nobody is doing as well as they used to be right now.” And one of the key problems that prevents many people from seeking help is the idea or expectation that they should be functioning better, he said.

“We need to recognize that we’re not, and that’s the way it is. I think that can go a long way and should be a message on campuses that it’s OK not to be OK.” 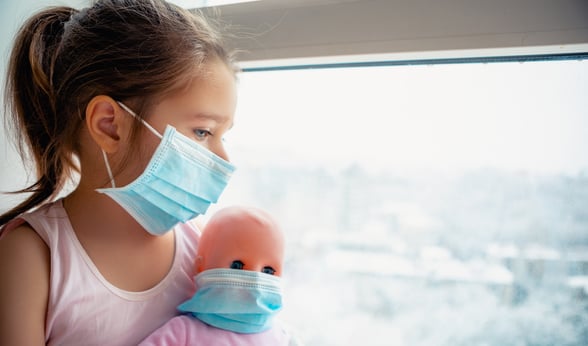 Children can be resilient, especially with role models and support, psychologists say.

Keeping an eye on most at risk

It’s also important that society not lose sight of the fact that these difficult times are intensified for some populations, such as the underserved, the experts said.

“We know from other recessions in our country and other illnesses that have required isolation in our past that we have seen increases in children’s mental health problems,” Parris said. “And unfortunately, children who come from marginalized or underserved populations are also higher risk.”

“Kids are being exposed to community violence in a way that hasn’t happened for a very long time in this country. I’m really concerned about these communities going forward. They are at really much higher risk for the longer-term impacts.”

Despite the urgency of the work ahead, Parris said, based on her experience with her little patients, there is hope.

“I work with children who are dealing with catastrophic illness. Many of these children have had to do the things for years that our society is now being asked to do. They’ve had to wear masks. They’ve had to socially distance. They can’t go to school at times,” said Parris, a pediatric psychologist with St. Jude.

“I think there is so much we can learn from some of these children that I work with, and my hope is that people can find meaning from the experience they are going through now and that we can all heal and grow form this.”