Home News Fentanyl and Counterfeit Prescription Drugs: Facts and Myths back to News

One of the nation’s leading opioid/fentanyl experts lays out the drug’s evolution and why it came to be used in counterfeit prescription drugs. He also dispels some common myths.

Fentanyl’s growth from its original design as an effective surgical pain management tool to a leading cause of overdose death and concern has happened quickly – with severe consequences.

In Colorado last year, 1,881 people died from drug overdoses, according to the Colorado Department of Public Health and Environment (CDPHE) – more than from diabetes, Alzheimer’s disease and lung and breast cancer individually. Half of those accidental overdose deaths (912 people, most under age 44) died from an overdose involving fentanyl, a spike from 540 deaths in 2020.

Part of an ongoing national trend tracked by the CDPHE for the past 20 years, Colorado’s trend of overdose deaths mirror those seen nationally.

Robert Valuck, PhD, RPh, professor in the Department of Clinical Pharmacy at the Skaggs School of Pharmacy and Pharmaceutical Sciences and executive director of the Colorado Consortium for Prescription Drug Abuse Prevention at the University of Colorado Anschutz Medical Campus, tracks fentanyl’s impacts on Colorado and the country.

In the following Q&A, Valuck lays out fentanyl’s history – from invention to its addition in counterfeit prescription drugs. He also dispels myths surrounding the drug and explains how to counteract fentanyl’s rise with information and treatment.

What is fentanyl and how is it so potent?

Fentanyl is a synthetic opioid, created in laboratories in the 1960’s as a potent pain reliever for very specific circumstances.

Opioids have evolved over the years. For several centuries, it was opium from poppies. People would press the poppy and extract the juice. And that became tincture of opium, and people would drink it or smoke it – either medicinally or recreationally.

What changed was, in the early 19th century, Friedrich Sertürner isolated the active ingredient in opium, which is morphine. After that, scientists continued to manipulate morphine chemically and created heroin in 1898 – which is 10 to 50 times more potent than morphine.

In the 1960s, Janssen Pharmaceutica (now part of Johnson & Johnson) created fentanyl – 50 times more potent than heroin and shorter acting, so it had really good use, they believed, for surgery.   FDA agreed, and it was approved for use in surgical settings, where it has been used  very successfully for decades. I had it myself three years ago before my appendectomy. Under certain circumstances, you want fentanyl around, provided it is controlled and used by someone highly trained like an anesthesiologist.

How else is it used in the medical setting?

There are a few varieties of fentanyl – injectable for using in the operating room and lollipops and patches. The latter two are used for pain management – patches for chronic pain and lollipops for those with severe pain, such as bone cancer with metastases.

How is fentanyl produced or procured in illicit contexts?

Fentanyl is hard to synthesize from morphine. However, clandestine lab operators have discovered it’s relatively easy to synthesize from a couple of precursor molecules that you can get from Pakistan, India or China. India has worked to cut off access to these precursors, but China and Pakistan have not.  Cartels and other illegal operations order the precursors – often over the dark web – then do the final conversion into fentanyl in a lab.

What are the challenges enforcement-wise in identifying fentanyl shipments?

Fentanyl is a problem because it's really potent, making it super easy to ship. The shipments are tiny and are very easy to send through different carrier services. Compare this to opium or heroin: You don't have giant bales of opium poppies that would be truckloads or a smaller truckload of bricks of heroin.

How is fentanyl being substituted into counterfeit prescription drugs and what are the most common drugs laced with fentanyl?

A common misconception is that these counterfeit prescription drugs are being laced with fentanyl. However, in the majority of counterfeit drugs, it isn't lacing; it is substitution. This means the illicit manufacturers are pressing a tablet to look like an oxycodone tablet, but it has no oxycodone – it only has lactose and fentanyl. People think it's oxycodone, but it's harder to get oxycodone on the black market than it is to get the fentanyl precursor.

The most common three counterfeit drugs substituted with fentanyl are: oxycodone tablets, Xanax tablets and cocaine.

Usually, it's nothing. They (drug dealers) are selling you an inert tablet, or they're putting a little bit of fentanyl in there trying to give you enough effect to make you think it's oxycodone or Xanax. It gives a little bit of a euphoric effect and then buyers come back and buy more. Because the cheapest thing for suppliers to buy is the fentanyl precursor and then press it into anything, they call it whatever the buyer says they want.

When should someone be concerned about supply issues and counterfeit prescription drugs as it relates to fentanyl?

There are two main takeaways here. First, if you're concerned about fentanyl substitution because you’re worried about the Lipitor you bought online, for example, because you’re trying to get the best price for your prescription – you shouldn’t worry unless it’s Xanax or oxycodone, primarily. And then there's a whole way of addressing that. The National Association of Boards of Pharmacy has an accredited digital pharmacy search tool. You can look online to see if your pharmacy is legitimate and has gone through certification.

The second takeaway: You should always be ordering your prescriptions from a pharmacy. You are playing roulette if you are purchasing on the black market. Social media is one such market – if you’re buying from a dealer on TikTok, Snapchat, Instagram or other platforms, you should be worried about your drugs being substituted with fentanyl.

Can you talk a little bit about fentanyl testing kits and their efficacy?

Most often, they are test strips: You either rub some of the drug compound from the tablet directly on the test strip or break one of the pills open and rub it on there to be able to detect whether there is fentanyl present. And it could be a powder, it could be a liquid, it could be a tablet. Most often it's the main three (Xanax, oxycodone, cocaine) and usually in tablet or powder form. The pills have dust on them, so you can get the dust and do a test to see if there's fentanyl.

Quite a few pharmacies have these test strips, and you can order them online. Harm reduction organizations and public health agencies, depending on your area, might supply them as well. They work fairly well, but they’re not perfect. Sometimes they register false positives for the presence of fentanyl. However, false negatives almost never happen. But being overly safe in this context isn’t a bad idea.

There’s a downside on the testing front – what we call the ‘chocolate chip cookie’ phenomenon. With counterfeit prescription drugs, not every pill is uniform – contrasting with what you would get at your pharmacy. Illicit manufacturers do not have the machinery or quality control that the pharmaceutical companies do. As such, some counterfeit tablets will have no fentanyl, some will have a little, and some will have enough to kill you. The same principle holds true if you buy an entire bottle of potentially counterfeit tablets – out of 20 pills, 10 might be lethal, while five have no fentanyl in them at all.

The huge take-home message is, "If you didn't get it from a pharmacy, and you can't tell what the chain of custody was from the manufacturer to your mouth, do not take the drug because the deadliness is going up." It’s too risky to play those odds with your life.

What are some common myths about fentanyl?

At the consortium, we have a whole presentation called “Fentanyl MythBusters.” There are a few main myths that keep circulating despite being debunked.

Myth 1: “If fentanyl is in the room, and I touch it or inhale it, I'm going to overdose and die.” That is not true. Fentanyl is not a highly volatile compound. So it doesn’t sublimate (become vapor). It's really hard to get fentanyl into your body unless you directly snort it into your nose, directly drink it or inject it with a needle. Because otherwise it just doesn't go through the skin very well.

Myth 2: “Being near fentanyl causes serious effects.” After finding out they are near fentanyl, some people report being anxious or feeling like their heart rate increases, that a panic attack is occurring or that they are going to pass out. This is a myth. What happened was they hyperventilated, and they passed out from anxiety about fentanyl, not from fentanyl. We call it the nocebo effect. People don't realize how strong the power of suggestion is: Your expectation of a good thing or your expectation of a bad thing, and then it actually manifests.

Myth 3: “I will get hurt trying to render aid in an overdose situation.” Naloxone is very effective and can save a life. Don’t let the presence of fentanyl keep you from helping a friend, family member or stranger with an overdose. We can't afford that. We had over 2,000 people in Colorado die last year from drug overdoses. More than half of them involved fentanyl. We can't afford to have people be afraid to render aid for a reason that is unwarranted.

Myth 4: “Fentanyl is everywhere, and every pill is laced, even cannabis.” Not true. We also haven't seen anything yet in vaping. It would be really hard to vape fentanyl because the boiling point to get it into vaporizing is about 875 degrees, and most of the vape pens heat to about 400 or 425 degrees, maximum. Your lungs would be severely damaged at those temperatures. As for cannabis, there’s no marketing advantage with some of these prevalence myths.

What is the university and consortium doing on this front, and why is it important?

That's really our job as educators primarily here: educating the public, doctors, policy-makers, agency folks. How do we educate people so they can stay safe?

We have a lot of work in public awareness and public education. Our big effort on this front is called “Keep The Party Safe.” We're partnering with other state agencies who are targeting different age bands and different demographics with messaging about fentanyl. The main message is reducing harm that could come from fentanyl: drug testing, keeping somebody who's always a designated driver, having a designated non-user, having naloxone around.

And we’re advocating in a few other areas. We're doing a lot to promote increased treatment and recovery support. Addiction recovery is for the rest of your life.

We're educating providers more about how to not stigmatize people, to treat people where they are, as they are. And at the state Capitol and with policy-makers, we’re advocating for balanced policy on fentanyl, especially increasing access to treatment across the state.

Obviously with fentanyl, I understand why people are afraid. But we have to give them the hard facts and educate them about the truth.

Note: This interview has been edited for clarity and brevity. 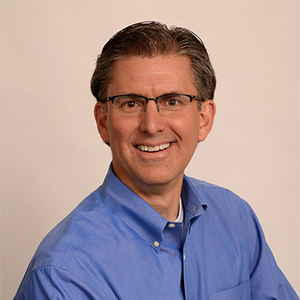