A small minority of Americans surveyed consider the religious affiliation of the hospitals that treat them, but a majority said they didn’t want religious doctrine dictating their healthcare choices, according to a study by researchers at the University of Colorado Anschutz Medical Campus.

The study, published last week today in the journal JAMA Network Open, surveyed 1,446 adults and found that just 6.4% considered the religious affiliation of the hospitals they choose.  Yet 71.4%, said that care should not be curtailed by religious dogma. This was especially true among women who are often denied certain reproductive healthcare at Catholic hospitals including birth control, tubal ligations and in vitro fertilization.  Emerging health concerns related to transgender health and medical aid in dying have also highlighted conflicts in care for others. 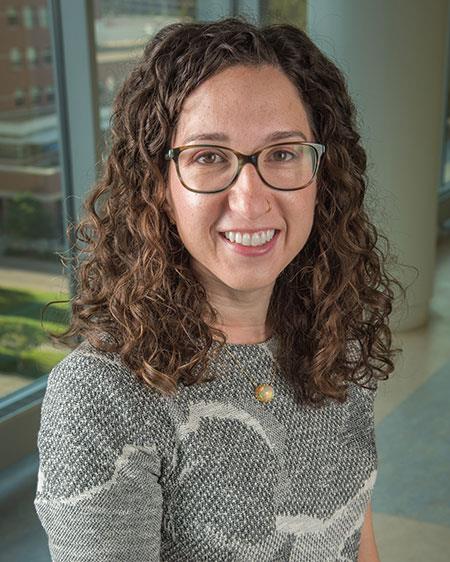 People may expect restrictions on abortions but they are surprised to find common services like birth control are also restricted,” said the study’s lead author Maryam Guiahi, MD, associate professor of obstetrics and gynecology at the University of Colorado School of Medicine. “They don’t realize that they may not be getting care based on science but rather the care they get is based on religious dogma and doctrine.”

Guiahi said religion-based hospitals, especially Catholic ones, are expanding rapidly across the country, particularly in the Midwest. Many have merged to create expansive healthcare systems that may not advertise their religious underpinnings.

A previous website analysis by Guiahi showed that less than a third of Catholic hospitals provided any description of the kinds of care restricted at their facilities.

In 2016, 18.5% of all hospitals were religiously-affiliated. Of those, 9.4% were Catholic non-profit hospitals, 5.1% were Catholic-affiliated, and 4% were affiliated with other religions. Between 2001 and 2016, the number of Catholic acute care hospitals grew by 22%. In 2016, ten of the top 25 healthcare systems were Catholic – nearly half of them located in the Midwest. In some places, they were the only hospitals available.

Providers at such facilities are expected to abide by the Ethical and Religious Directives for Catholic Health Care Services which limit reproductive and end-of-life care, the study said.

The researchers wanted to learn how much Americans actually care about the religious nature of the hospitals they choose and whether they believed such places had the right to override their medical desires based on religious dogma.

Prior surveys indicated that financial factors, travel distance and hospital size were the most important factors when choosing a hospital. But none had specifically asked about religious affiliation.

The researchers surveyed a cross-section of 1,446 adults – 51.5% men, 62.% white and the most common religion was Protestant. The majority didn’t consider the religious affiliation of a hospital and didn’t think it should impact their care. Only 193 respondents (13.4% of those surveyed) preferred a religious hospital.

The study revealed that 74.9% of women and 68.1% of men agreed with the statement that their healthcare should have priority over the doctrines of a religious hospital.

Guiahi noted a `discordance’ between how most patients choose health facilities and their belief about how they should receive care.

“That suggests a general lack of understanding specific to the notion of `institutional conscience’ and may cause conflicts in the delivery of care,” she said.

The Trump Administration established the Conscience and Religious Freedom Division of the U.S. Dept. of Health and Human Services. The division broadens and enforces the right of religious health care institutions to deny care based on `institutional conscience.’

Guiahi said restricting care based on religious beliefs can be dangerous, especially for women.

“Given the growth in ownership by religious entities in the U.S. and increasing attention to conscientious objections,” she said, “our findings point to a need for advocacy and legislation that effectively balance protections for religious institutions with protections for patients.”