Home News Gender, Genetics and Grants back to News

Pulitzer Prize-winning author Siddhartha Mukherjee, MD, distills the underrepresentation of women in clinical data down to a simple equation: “If you put male data in, you will get male data out.” Studies are only as good as the data available, he said, and without the other half of the genome represented in research, mistakes can be made.

Mukherjee was the featured speaker at the recent 16th annual community luncheon for The Center for Women’s Health Research at CU Anschutz Medical Campus. The center focuses on women’s health and sex differences, specifically in the areas of cardiovascular disease, diabetes and the intersection of mental and physical health. The center now has over 70 researchers and it continues to grow in national prominence.

The luncheon began with Judy Regensteiner, PhD, Director and Co-founder of the Center for Women’s Health Research announcing the awarding of 10 new seed grants to CU-SOM faculty in the areas of cardiovascular disease and diabetes as well as the intersection of mental and physical health.

A previous seed grant recipient and center scientist Elizabeth Wellberg, PhD, discussed her research into the connection between diabetes and breast cancer. Her mother, a breast cancer survivor, inspired her research studies. One in eight women is at risk for developing breast cancer in her lifetime, and 13.5 million women in the U.S. have diabetes. 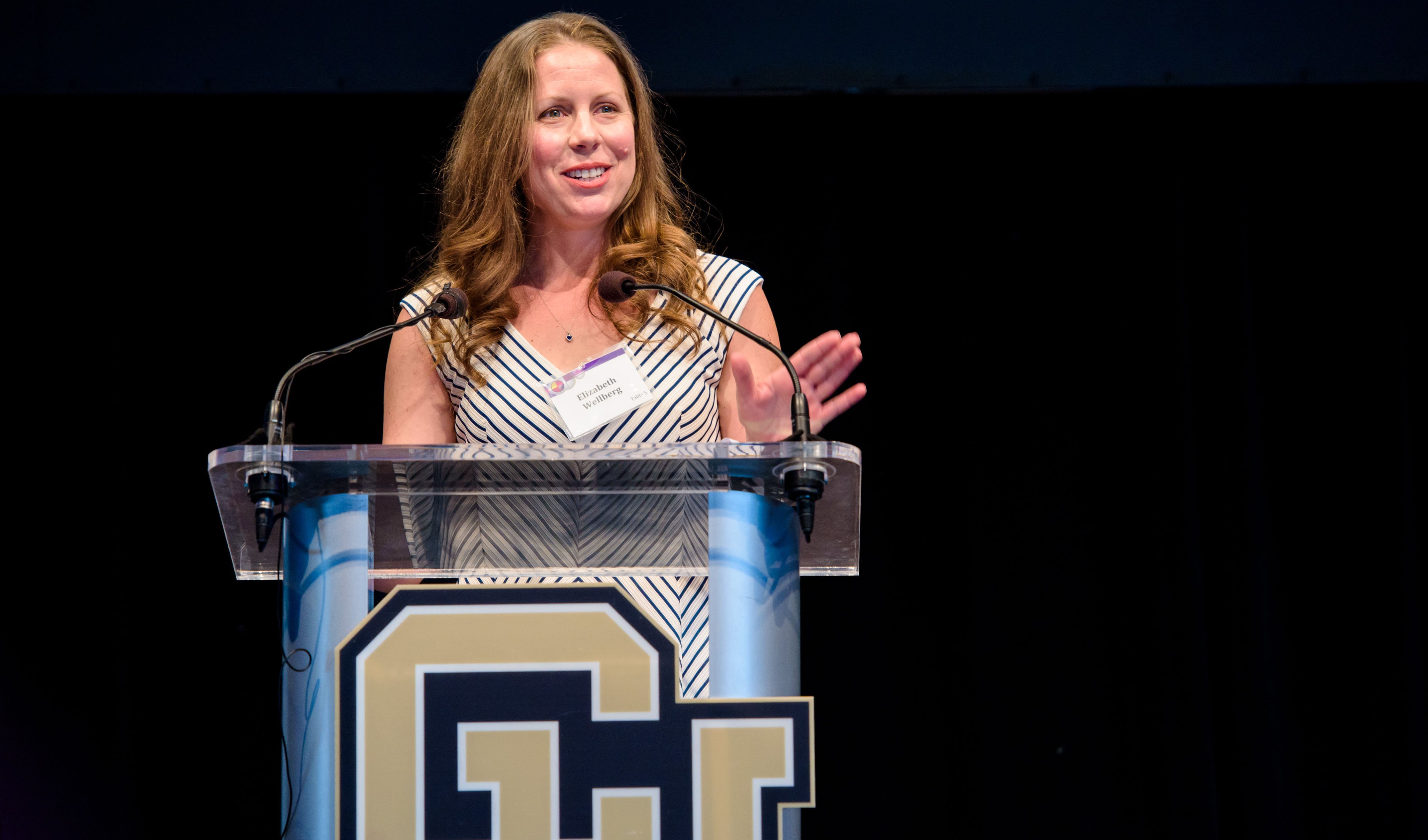 Elizabeth Wellberg, PhD, discusses her research into the connection between diabetes and breast cancer.

Breast cancer and diabetes are linked to each other in a very complex way, Wellberg explained. “Type 2 diabetes, which is often, but not always, accompanied by obesity, increases the risk for being diagnosed with breast cancer and also confers resistance of existing cancers to conventional therapies,” she said. Type 2 diabetes and obesity don’t necessarily cause cancer, but they do cause changes in cancer cells that make them resistant to therapy. Wellberg is studying ways to block or reverse some of these changes.

‘Other half’ of the genome

The keynote speaker, Siddhartha Mukherjee, MD, known for his books, The Emperor of All Maladies: A Biography of Cancer and The Gene: An Intimate History, spoke about his career as a physician and oncologist. His presentation “The ‘Other Half’ of the Genome: Women, Genomics, and the Future of Medicine” stressed the importance of making sure clinical trials and research include women. Mukherjee explained, “If you put male data in, you will get male data out. If you apply that to the other half of the genome, you run into problems and you make mistakes.”

He discussed three themes, including artificial intelligence and the genome, personalized medicine and the genome, and the alteration of genomes in humans. He said algorithms are being created that can accurately identify diseases such as malignant melanoma and endometriosis. However, he said, accurate identification is only possible if both genders are represented. The data put into the algorithms depends on the data that has been collected, and he stressed the data must include women. Women are still underrepresented in clinical data, especially for cancers such as colon and lung, but this is slowly being corrected.

In 2001, the first draft sequence was released of the human genome. Most human traits are controlled by multiple genes and most common diseases are polygenic, or controlled by multiple genes. When you read a genome, or the genetic material of an organism, you get someone’s propensity for developing a disease. Mukherjee said the propensity differs a lot between men and women, partly because of genetics, but also partly because of external factors, such as environment and chance. 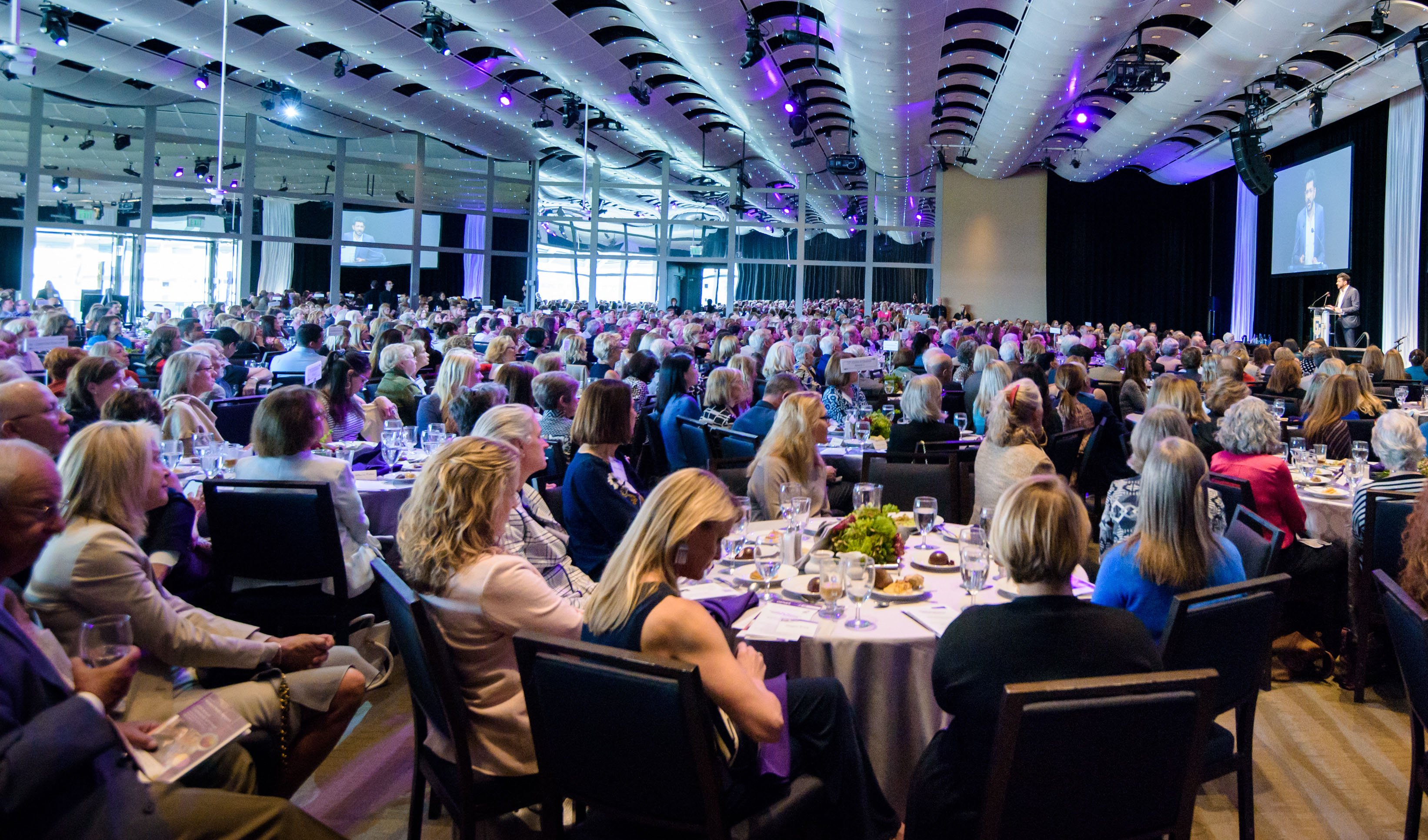 Now scientists are studying how genetics intersects with someone’s environmental factors. For example, some women have a family history of breast cancer, but have been tested and do not have the BRCA1 or BRCA2 genes. Scientists have now been able to algorithmically look at their genes and can predict their propensity of developing breast cancer to between 80-90%.

Clearly, the future of medicine is exciting and complicated, but including women in it is of utmost importance.