The grant from the Eunice Kennedy Shriver National Institute Of Child Health & Human Development of the National Institutes of Health, will fund a randomized 5-year-study to look into the physiology of why this therapy produces such positive results compared to a no-horse barn activity control. 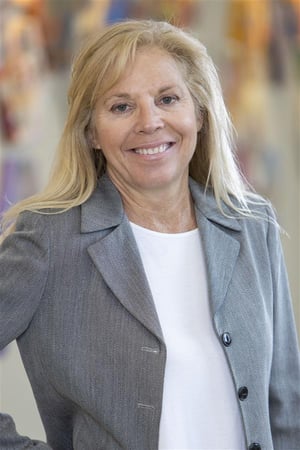 “We conducted the largest randomized controlled efficacy trial on the impacts of therapeutic horseback riding (THR) with youth diagnosed with ASD and this current study will focus on looking at the physiological mechanisms that may explain our previously observed benefits of this intervention, particularly in a high-risk subset of youth with ASD and co-occurring psychiatric diagnoses,” said Gabriels, PsyD, professor of psychiatry at the University of Colorado School of Medicine and licensed clinical psychologist who practices at Children’s Hospital Colorado.  “This study also aims to refine information on the durability, dose and sub-population effects of this intervention.”

The current study will be conducted with Maine Medical Center’s Matthew Siegel, M.D. The 10-week THR and barn activity control interventions will take place at therapeutic horseback riding centers in Colorado and Maine. It will include about 142 children between ages 6 and 16 with ASD and a psychiatric diagnosis. Most individuals with ASD also have psychiatric diagnoses, particularly anxiety, ADHD and mood disorders.

“In our first study, we also observed that initial improvements made in irritability, social and language lasted six months after the riding lessons were completed in a subset of participants,” Gabriels said. “And the children who also had psychiatric disorders like anxiety and depression had even better outcomes.”

Tamara Merritt, of Hearts & Horses Therapeutic Riding Center in Loveland, Colo., a site of the new study, said her industry has long recognized the benefits of THR in those with disabilities.

“Now, thanks to the NIH and researchers like Dr. Gabriels, we are beginning to develop a body of scientific evidence that quantifies the specific benefits and unique elements that therapeutic riding provides,” she said.

Sarah Bronson, PT, executive director at Riding To The Top Therapeutic Riding Center in Windham, Maine, has also seen the positive impacts on this population.

“This is a wonderful opportunity for Riding To The Top’s PATH Intl. certified instructors, volunteers, horses and many new clients to be involved in ground breaking research that will provide more objective data as to the specific physiological changes that occur during therapeutic riding lending further support to the work that we do,” she said.

Gabriels, who started the Neuropsychiatric Special Care inpatient and partial hospital unit for youth with ASD at Children's Hospital Colorado in 2004, said the study will also investigate how horseback riding can help these children regulate their emotions so they don’t overreact in a dangerous manner.

“If we can show horseback riding is emotionally regulating, perhaps we can reduce the need for so much medication and help keep them out of the hospital,” she said.

During the 10-week interventions, the THR and barn activity groups will wear heart rate monitors and wrist bands that record changes in electrodermal activity.  Saliva samples will also be taken before and 20 minutes after the interventions to measure cortisol (stress hormone) levels.

“We hypothesize that our manualized THR approach regulates/conditions physiological arousal levels in the ASD population and is at least partially responsible for our previous observations of beneficial THR outcomes,” Gabriels said.

Her initial study was the first to show that participating in 10-weeks of THR resulted in significant improvements in irritability, hyperactivity, social skills and word fluency compared to the barn activity group (Gabriels et., 2015).

After six months, the researchers found that the riding group maintained those benefits (Gabriels et al., 2018).

For years, that impact was whimsically described as `magical.’

“We are now trying to explain the magic,” Gabriels said.

Recruitment for the study is expected to begin in March 2020.