Amanda Repsher vividly recalls watching flight nurses load her husband on board a helicopter. Less than two hours earlier, his own crew’s helicopter had crashed during a failed takeoff, erupting into a ball of flames and scorching nearly all of Dave Repsher’s body.

As a wife, Amanda found the irony chilling. As a critical care nurse, she knew it could mean the difference between life and death.

“When he got here, he was so critical, they rushed him from the ED to the burn ICU,” Amanda told Theresa Nino’s Med-Surg II class. “By the time he got up there, he had lost pulses in his extremities.” 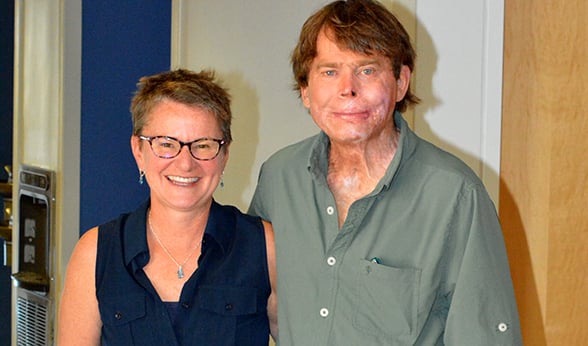 It's been four years since the helicopter crash that changed the lives of Amanda and Dave Repsher. They recently accepted the invitation of College of Nursing Clinical Instructor Theresa Nino to speak during one of her classes.

Many things united in saving Dave’s life since that July 3 day four years ago, the Repshers said. However, a chief factor, and one reason they shared their story with Nino’s class, was the wide expertise found on the CU Anschutz Medical Campus and the quality of care they received.

‘I didn’t know if he was going to make it’

By the time Amanda rushed into the hospital after a 90-mile ride from Frisco, the site of the crash, her husband was through his first emergency surgical procedure in the tub room.

“He was in there for four hours,” Amanda said. “That’s where they make the determination of how badly burned you are and do immediate interventions,” she said of the tub room.

Dave, who had gone from ski patrol to paramedic to his longtime dream of flight nurse, suffered severe burns over 90 percent of his body, most of them full-thickness burns, some down to the bone.

“I was desperate to be with him, because I didn’t know if he was going to make it through the next couple of minutes,” said Amanda, whose critical-care background included five years at the UCHealth hospital that became her home for the next 13 months.

Her fear was warranted. The burn surgeon told family members he did not expect Dave to survive the night. “And if he does,” Amanda recalled him saying, “it’s going to be a marathon.”

‘I was probably on fire for a good couple of minutes’

A rush of cold fuel pouring over his shoulders and down his back was Dave’s first recollection after the crash. The drenching, combined with no clothes under his flight suit on the hot July day, literally fueled the burn.

“The only places that were spared were under my helmet and underwear and two spots where I had some reference books in my pockets,” Dave said, showing the class a slide of his flight suit, tattered and half gone despite its fire-retardant material. 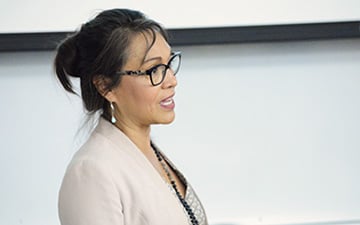 Theresa Nino, a clinical instructor in the College of Nursing, invited Dave and Amanda Repsher to speak during one of her classes.

“I was probably on fire for a good couple of minutes before a fire extinguisher finally got to me and put me out.”

During his hospital stay, Dave underwent 53 surgeries and lost more than half of his body size, going from a muscular 180 pounds to a low of 89. Labeled the “sickest patient in the hospital,” statistically speaking, he should have died.

‘Had they not known … he would be blind now’

“You guys will learn as you go through your burn rotations that you really want to be at a major burn center if you are in Dave’s situation,” Amanda said. Having the burn team’s expertise made a difference in his care, as did having the broad multidisciplinary skills that exist on this campus, she said.

One example, she said, happened the day after the crash. Excess fluid that plagues burn patients was causing Dave’s entire body to swell.

“Right off the bat, he was tanking,” she said. But because staff members were keenly aware of all the complications that could arise, they noticed a dangerous pressure buildup behind his eyes.

With an ophthalmologist right there doing rounds, the team quickly performed pressure-reducing procedures (canthotomies). “That saved his vision,” Amanda said. “Had they not known to look for that, he would be blind now.”

After the team fixed his eyes, his burn ICU nurse noticed Dave was in real trouble, with pressure buildup compromising his blood flow. “They took him into the OR and opened up his belly, and he was like that for two days,” Amanda said. 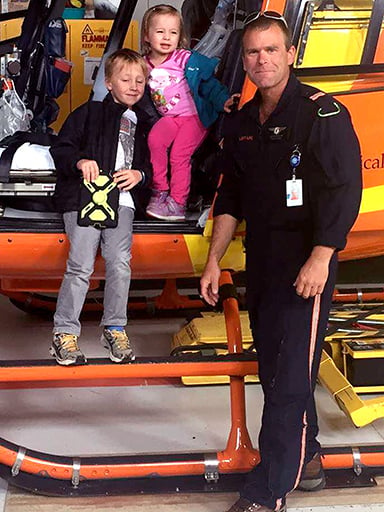 Dave Repsher stands next to a Flight for Life helicopter at his job as a flight nurse. Four years ago this month, he was severely burned in a helicopter crash in Frisco.

Again, Dave beat the odds because of an alert nurse, Amanda said. “You are the ones who are going to really make a difference,” she said, her husband nodding from behind.

“There are going to be times,” Dave said, “where you need to be the one to step in. Don’t be afraid to do it.”

‘He wouldn’t be alive without the antibiotics’

For the next five and a half months, in a chemically induced state of sedation, Dave battled for his life, undergoing excruciatingly painful therapies along the way. He remembers none of it because of the sedatives, mostly ketamine, that Amanda insisted on his having to erase any memories that could haunt him later.

Amanda continually faced nearly impossible decisions and the fear of losing her partner. When one of the deadliest forms of infection for burn patients struck Dave (mold), doctors told Amanda that the antibiotic therapy needed would cost him his kidney function. It did, along with most of his hearing. He eventually underwent a kidney transplant.

“But he wouldn’t be alive without the antibiotics,” Amanda said.

‘I cried harder than I’ve ever cried’

When Dave then developed severe bleeding in his chest, things changed. He deteriorated so much after surgery that the team decided pulling back on the sedation drugs was necessary. Suddenly, Dave “woke up.”

“It just went from black to white, like a camera shutter,” Dave said. All of the sudden, he knew he was in a hospital bed, attached to a slew of tubes and machines. “I had no concept of the passage of time. I didn’t know if I’d been there for five days, five months or five years.”

All he knew was he could not move, and he could not talk, two things the active outdoor lover and passionate nurse did not like. “I thought: This isn’t good,” he said.

“I knew the second he woke up,” Amanda said, “because he looked me straight in the eyes, and he hadn’t done that for five and half months.” Immediately, Dave began mouthing the words: “I want to die.”

“I was a wreck,” Amanda said, adding that her husband eventually passed out, and she walked back to the apartment she stayed in on the edge of campus. “I cried harder than I’ve ever cried.”

The next day, however, after realizing his muteness and immobility were temporary and getting some encouraging words of support from his wife and former coworkers, it was, as his wife put it: “Game on.”

‘The therapy teams … helped me get that back’

“It was scary,” he said. “The only PTSD I have is from ice chips and applesauce,” Dave said, drawing one of a few laughs from the class that morning, his sense of humor shining through despite the grim subject matter.

But he relearned to swallow and to walk, thanks to his multidisciplinary care team, he said. “I think we know the entire staff at this hospital,” said Dave, who still has regular medical visits on campus. “I can’t speak enough of the therapy teams here. They knew how we lived our lives, very active and outdoors, and helped me work toward getting that back.”

Next up? “I’m looking forward to getting back on the river and going rafting and camping,” Dave said. “I think spiritually for us, that’s going to be the biggest milestone.”

Pointing out how hard his ordeal was on his wife mentally, Dave told the class to take care of their families. Talk to them. Talk to your patients, he said. “I can’t say that enough. Communication is everything.”

Although the students have a big job ahead, the rewards are unlike in any other career, Dave said. “It’s the only field I can think of — medicine and nursing — where people come to you and give you 100 percent trust,” he said. “I love being a nurse. I miss it. I really do.”