The birth defects, which occur when tissues in an infant’s lip or mouth do not properly join together during pregnancy, occur in one of every 700 births globally. The cause is unknown, but it’s thought to be a combination of genetic and environmental factors.

The CU Anschutz team is developing a new method for creating nasoalveolar molding (NAM), which is the first step in the current standard treatment for cleft lip and palate. The team includes Nicholas Jacobson, a researcher in translational clinical design at Inworks, Kristen Lowe, DDS, MS, an assistant professor of surgery at the University of Colorado School of Medicine, and Aimee Kim, a master’s student in Modern Human Anatomy.

The process uses an intraoral scanning device to capture a digital impression of the infant’s mouth, from which a NAM is created and begins a half-year alignment process within the malleable palate, gum and lip tissues that can be done at home.

Only NAM clinic in six-state region

“Essentially, it’s like braces for an infant’s mouth, but it’s a piece of plastic that gets molded and it shapes their mouths correctly over the first six months of age,” Jacobson said. The treatment eliminates, or greatly reduces, surgical interventions to repair the birth defect. However, the treatment requires weekly clinical visits for six months post-NAM placement for check-ups and adjustments.

CU Anschutz is the only clinic in a six-state region to offer the NAM treatment, meaning some of Lowe’s patients travel from as far away as Montana for weekly checkups.

“What we’re trying to do is to turn this into a digital process where we can take a simple scan of an infant’s mouth and 3D print all of these NAM devices, allowing parents to insert them at home,” Jacobson said. “That way, people who live far away can still access this treatment.”

Considering the small number of NAM treatment centers globally, there are millions of craniofacial orthodontia patients ­– including in developing countries where clefts are one of the most common birth defects – who could benefit from streamlined, home treatment, Jacobson said.

The CU Anschutz team is collaborating with LAIKA Studios, an Academy Award-winning stop-motion animation company, on technology that scans the mouth’s geometry as part of creating custom aligners. Also, the team has received grants from Align Technologies, the company behind Invisalign®, and Smile Train, the world’s largest nonprofit supporting cleft palate and lip treatments and research.

“We are in the process of gathering information about palatal growth and building the digital-modeling software,” Jacobson said. “Then, in about a year, we will do a clinical trial of the actual device.”

He said he understands the possible reticence of parents of newborns to taking part in such a clinical trial. Enrolled infants would have their mouths scanned within a day or two after birth.

“I’d like to let them know that this is a well-supported project – by both the university and state-of-the-art industry partners – and that we’re doing everything we can to help them,” Jacobson said.

In another project, Jacobson has teamed with Robert MacCurdy, PhD, an assistant professor of mechanical engineering at CU Boulder, as part of the inaugural group of the grant-funded AB Nexus initiative. The project focused on creating pre-surgical planning models. The 3D-printed models give surgeons patient-specific visualization interaction templates with the aim of improving surgical outcomes.

For the next phase of the AB Nexus project – the team has applied for continuation funding – the researchers are looking at developing personalized, biocompatible heart valves and heart stents.

Currently, physicians and surgeons “don’t have any say over their own tools” in that valves and stents are pre-made, off-the-shelf components, leaving a customization gap for individual patients, Jacobson said. “We are looking to create a patient-specific set of implants where we can tailor a device to fit every single person – through 3D printing, novel materials and novel printing process.”

At CU Anschutz, Jacobson, whose team also received a Gates Grubstake award, collaborated with the Jacot Lab for Pediatric Regenerative Medicine on cyto- and hemo-compatibility experiments. They grew cells on the valves and stents to understand how they will work within the heart. “We’re going to be starting animal trials this fall to verify what we think is a successful material,” Jacobson said.

After that step, the researchers can move closer to personalized treatment of heart defects.

“We design all of our workflow from medical imaging,” Jacobson said. “It’s tailored directly to a CT or an MRI scan, and we consult heavily with the surgeon, who is very much involved in the process, which is something that’s also new. That would be the process: We get the imaging from the medical team, we make the device to specs, it gets verified by the medical team and implanted.” 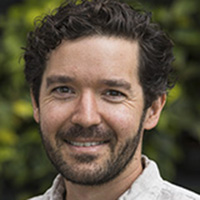