Home News Mass Memorials: A Place to Grieve, Heal, Remember back to News

As the nation honors the 9/11 victims, a CU Anschutz expert and two family members who lost loved ones in the Columbine and Aurora Theater mass shootings share why it's important to remember.

Images of the crumbling Twin Towers are invading American living rooms and cellphones, as the 20th anniversary of one of the worst days in the nation’s history nears. From Netflix and PBS documentaries to news reports of tribute events across the country, the swell of 9/11 coverage will give rise to uncomfortable emotions for nearly everyone.

Scenes like the creeping billow of smoke that enveloped the buildings below, chasing terrified New Yorkers down the city streets and covering them in ash in an apocalyptic scene, will rekindle feelings for many, from horror and disbelief to sadness and anger.

For the survivors and families of the nearly 3,000 people killed — and the scores of people impacted by mass tragedies in this country before and since — the next few days could be an intensely steep rollercoaster ride.

“Just about every year that September 11th comes along, people who were survivors or lost someone definitely have an uptick in distress and issues,” said Steven Berkowitz, MD, a professor of psychiatry in the University of Colorado School of Medicine at the CU Anschutz Medical Campus. “It’s just the way it is.”

A year that stands out

Given current events, including weariness from a pandemic and chaos in Afghanistan after the end of a 20-year war ignited by 9/11, his colleagues should brace for a bigger response from vulnerable people during this milestone anniversary, from survivors to military veterans, Berkowitz said.

“You can expect their distress to increase as the memorial comes along. These are huge triggers,” including for him, said Berkowitz, who, as a child psychiatrist at Yale University on Sept. 11, 2001, spent months working with children and their families in New York and Connecticut. “It was one of the most awful years of my life.”

A makeshift memorial in honor of the murdered victims by a lone gunman at the King Soopers grocery store in Boulder was quickly created.

With the King Soopers mass shooting near CU Boulder less than five months past, the numbers of Coloradans vulnerable to the triggers are growing, with some of the grief still raw. Yet for many reasons, Berkowitz and two local family members of mass-shooting victims say, the importance of memorials and events outweighs the pain.

A place to grieve; a time to heal

“It was at that point that we realized that we were not alone,” Coni Sanders said of visiting the initial memorial following the 1999 Columbine High School massacre in Littleton. Sanders and her family lost her father in the mass school shooting, a popular coach and teacher credited with saving hundreds of students lives before losing his own.

“It was kind of surreal. Lots of people had built like a shrine for him,” said Sanders, whose dad, Dave Sanders, bled to death despite his students’ efforts. Cleats, photos and softball gloves amid notes detailing how he changed their lives and died their hero greeted the Sanders family.

“It was at that point that we realized that we were not alone.” – Coni Sanders, on the first visit to a memorial in honor of her father

“That was really powerful,” said Sanders, whose father was the subject of a sign that students propped in a window with a message to responders below – “1 BLEEDING TO DEATH” – as they tried to stop the flow of Sanders’ blood with their own clothes.

Memorials provide family and survivors a place to grieve collectively and connect with others, Berkowitz said. Impromptu memorials can ignite healing while permanent sites can foster that life-long process, he said. “Just knowing that people care about it can go a long, long way.”

Joining and guiding those left behind

For state Rep. Tom Sullivan, who traded a U.S. Postal Service career for a House seat after losing his son, Alex, in the Aurora Theater shooting, memorials and events are more about community and less about personal reflection.

“I mean, I’m talking to you from Alex’s bedroom,” Sullivan said from the phone in his now converted home office. “This is his house. I’m reminded of him with every breath I take,” Sullivan said. Alex, a movie buff who was celebrating his 27th birthday in his traditional way that summer night in 2012, was among the 13 killed by a lone gunman, including one unborn child.

When discussions began about a permanent memorial for the theater victims – now a stunning array of 70 sculpted white cranes representing the injured that surround a central, taller sculpture of 13 wingspread cranes pointing skyward – Sullivan formed relationships with other victims’ families. He served as a liaison while his wife and daughter became active in planning and fundraising.

A memorial for slain Columbine High School teacher Dave Sanders includes his final words: "Tell my girls I love them."

“I know how hard it was to put that all together. And I’m appreciative that it’s there,” said Sullivan, who has attended many memorial events beyond those for the Aurora shooting, including Columbine gatherings with Sanders.

In sort of an unwanted fellowship, mass-tragedy families support each other through public events and the persistent pressure from media.

“It takes time for you to figure out exactly how you can go through all this,” Sullivan said, offering the advice for the newcomer King Soopers’ sufferers that it’s OK to skip events and grieve in peace.

“We have so many new survivors, with mass shootings nearly every day,” Sanders said. “And people don’t know what to do. I think that having the perspective of people who experienced it over time can be empowering for those new survivors.”

Memorials also serve an important educational role for society, Berkowitz said. “It can be helpful in understanding what happened and really what it entailed and what it wrought, so to speak.”

“If you don’t learn from the past, you are destined to repeat it,” Sullivan said, using roadside memorials for auto accident victims as an example. “It just gives you a moment to pause.” Seeing that roadside cross might inspire a motorist to put down the phone, stop eating the sandwich and slow down, Sullivan said.

Memorial events also inspire kinship, bringing the overall community together in a powerful, humanitarian way, Sanders said. There is no better example than 9/11, she said.

“All the chaos stopped, and everybody was cohesive. We felt like one country,” she said, adding that people need to remember that, especially now.

Alex Sullivan, left, who lost his life on his 27th birthday in the Aurora Theater shooting, with his father, Tom Sullivan.

Remembering the victims, including the thousands of injured and traumatized, remains the prime point of memorials, said Sullivan, who spends Alex’s birthday at the Aurora movie theater each year with his wife.

“We go and sit right there in the seat that he was sitting in or sit next to it and hold that one open. We know that he’s there, and that would be what he would want to do,” said Sullivan of what had been a family ritual when Alex was younger.

“It’s really the only day of the year that kind of matters anymore.” – Tom Sullivan, on the anniversary of the death of his son

Memorials help people remember and celebrate survivors, he said. “That wasn’t his whole life. Ending up being on the floor in that movie theater, that wasn’t what his life was all about. There was certainly a lot more to him, and there was going to be a lot more to come. That got taken away from us,” Sullivan said, pausing to fight back tears.

“It’s tough to capsulize 27 years in a 30-second soundbite for the nightly news,” he said. “He was everything that I could ask for. I mean, you could think of what it is that you would want in a son, and that’s what he was, and more.” Remembering him is important, which his family does every day, but especially on July 20, Sullivan said. “It’s really the only day of the year that kind of matters anymore.”

For support, view a list of mental health resources here. 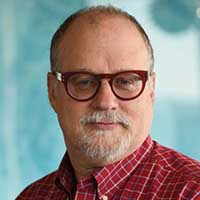