Home News Medicine on the Moon: Artemis I Launch Sets Stage for Medical Treatment in the Final Frontier back to News

One of the challenges of heading back to the moon during the Artemis missions will be keeping astronauts healthy and making sure they have the appropriate medical supplies and training should an emergency happen when Earth is 238,900 miles away.

Artemis I sits on the launchpad at Kennedy Space Center in Cape Canaveral, Florida, waiting to begin her 39-day mission to the moon and back. This critical mission, which was scheduled to launch Aug. 29 but due to engine issues has been postponed until late September, will test boosters and the Orion spacecraft that will eventually carry astronauts through space.

This won’t be the last mission for Artemis. Multiple missions are planned for increasing duration and complexity to test every vital element required to get astronauts back to the lunar surface safely and ultimately create a stable habitat there. Future missions will test the Gateway, the HLS (Human Landing System) and search for a suitable surface habitat.

The Artemis missions are focused on lunar exploration with a long-term goal of launching future crew missions to Mars. One of the challenges of heading back to the moon will be keeping astronauts healthy and making sure they have the appropriate medical supplies and training should an emergency happen when Earth is 238,900 miles away.

Laura Kelley, media relations professional in the CU Anschutz Office of Communications, discusses medical preparations and other Artemis-mission details with Benjamin Easter, MD, MBA, assistant professor of emergency medicine at the University of Colorado School of Medicine and deputy element scientist for Exploration Medical Capability at NASA. Joining the discussion is Chris Haas, MD, MPH, a CU School of Medicine graduate and current flight surgeon for NASA at the Johnson Space Center in Houston.

The Apollo missions had a medical accessory kit containing medical supplies, medications and small medical equipment that included compression bandages, adhesive bandages and an oral thermometer and biomedical harness worn under the spacesuit that measures the astronaut's ECG and heart rhythm. What factors do you consider when determining the capabilities needed in a medical system on the moon?

The answer to this question is highly dependent on the particular details of the mission. We break the hazards of human spaceflight into five categories: distance from Earth, isolation and confinement, radiation, altered gravity fields, and hostile and closed environments. These hazards interact with one another to place astronauts at risk for a host of medical conditions. Some are medical conditions that we might see on the ground, like appendicitis, and others are unique to spaceflight, like spaceflight associated neuro-ocular syndrome.

The likelihood and consequences of these conditions are then driven by the duration of the mission, the design of the spacecraft or habitat, the types of activities the astronauts are undertaking, and the location of the mission, which impacts gravitational fields and medical evacuation time. We use large computational models that account for the mission characteristics to generate an initial estimate of the clinical capabilities needed, which are then refined and finalized by flight surgeons and other clinical experts.

The Artemis Medical System will need to integrate capabilities across Orion, Gateway and the Human Landing System. Flight surgeons at NASA are working to evaluate the total suite of diagnostic and treatment capabilities that makes the most sense based on the spacecraft and mission designs, including system limitations. Furthermore, work is underway to look at how astronauts and flight surgeons can record information generated by the medical system during the mission, and how that information can be transmitted back to Earth.

There were a few notable medical issues during the Apollo space program. Those included colds, rashes from urine collection devices, eye irritation, dehydration, irregular heart rhythms and pulled muscles. What did we learn from these instances that come into play as we prepare to head back?

As we plan for future missions to the moon, we look to data from all prior human spaceflight experiences, but particularly Apollo, as that mission is most similar to future Artemis missions. We also have accumulated a wealth of knowledge from the International Space Station (ISS), where we have learned much more about the effects of spaceflight on the human body over 6- to 12- month-long missions.

There is an excellent report on the “Biomedical Results of Apollo”. As a simple example, prolonged wearing of a urine collection device on Apollo 13 led to a urinary tract infection, and potentially sepsis, in one astronaut. This has led to plans to include a toilet on both the Orion and Gateway program.

The ISS is loaded with equipment and medications that are deemed essential. What have we learned about treatment on the ISS that can be taken to the moon and what additional measures need to be taken?

The ISS has provided invaluable knowledge about how the human body reacts to 6 to 12 months in space. This has helped us to identify common medical conditions that occur in space and learn how to treat them. This epidemiologic data helps to inform how we design medical systems for spacecraft. However, there are important differences between ISS and the moon.

The most obvious is that a lunar habitat will be on the surface of the moon, and astronauts will be working in approximately one-sixth of Earth’s gravity. Increased spacewalks on the moon’s surface may place astronauts at higher risk for traumatic injuries. They will also be exposed to lunar dust, which is certainly a contact irritant and may be an allergen. Medical evacuation times are also very different. From the ISS, the crew could be back to Earth on the order of hours to a day. Because of the distance to the moon and the orbit for the Gateway spacecraft, it could take up to two weeks to evacuate an injured astronaut back to Earth.

As mentioned above, lunar gravity presented some unexpected problems and close calls for several astronauts (e.g. falls, pulled muscles, balance issues) during the Apollo missions despite the months of training that was conducted on Earth. What kinds of tests/training are currently being done – now that we know more about the ‘real life’ challenges of the lunar surface?

A big key to this question goes back to planned improvements for space suits. The space suits used by the Artemis program will allow greater joint mobility than prior space suits allowed. Prototypes of the next generation of surface exploration space suits have undergone testing using microgravity simulators (using a system called ARGOS as well as the Neutral Buoyancy Lab in the NASA pool facility) and with simulated planetary surfaces at NASA Johnson Space Center.

How are the medical needs for each mission in space determined and what kind of safety protocols are there for the astronauts?

The Artemis Program involves missions of increasing duration and complexity over time. Artemis III, currently planned for the first moon landing, will have two astronauts on the surface for approximately one week. Determining the medical capabilities for a mission requires an understanding of the likelihood and consequence of specific medical conditions as well as the constraints of the spacecraft. Mass, in particular, is extremely limited. In the Apollo Program, the numbers of Band-Aids in the lunar module had to be reduced to help keep the vehicle within its mass constraint. And there’s no free lunch – more medications mean less fuel or fewer spare parts. Engineers use a process called trade space analysis to understand how “trading” a capability into or out of a system affects risk and constraints.

Astronaut health is closely monitored. NASA has a standard health screening program before, during and after missions. During the mission, diagnostic and treatment capabilities of a medical system are designed to address issues early. The spacecraft and suits are designed with layers of redundancy to minimize the chances of catastrophic system failures and to protect occupants from any dynamic forces present during launches and landings. Spacewalk objectives, tasks and equipment are also designed with safety in mind to reduce the chances of injury.

Given this, medical capability can be tailored. For example, a need to perform superficial procedures for minor injuries is more likely than needing to perform complex procedures during the mission.

What will medical personnel be looking for during the Artemis I mission?

The overall function of the spacecraft is necessary to support human health and performance, and to ensure that the design meets the requirements to support the human. We will be collecting data from Artemis I in multiple domains, including understanding the radiation environment with human-like mannequins, using microphones to capture the sound levels in the spacecraft throughout the mission, and also using accelerometers to understand the gravitational forces on the vehicle throughout launch and landing. The performance of the heat shield is a prime objective for the Artemis I mission to demonstrate that it will protect crew from the heat generated during reentry, which will be about half the temperature of the Sun’s surface.

How does going to the moon help us prepare for an ultimate human mission to Mars?

We have a lot of experience with human health and performance in normal Earth gravity, and thanks to over 20 years of continuous human presence on the International Space Station, we also have a much better understanding of how the body reacts to prolonged weightlessness. We lack significant data on all the points in between. Artemis missions will have humans working on the surface of the moon, which is approximately one-sixth of Earth’s gravity, for months at a time. This gives us an additional data point between 0g and 1g to better understand how each of the body’s systems respond to different gravitational fields. The response might be linear, exponential, or level off at some point, and is likely different for each system. Artemis will help us to answer that question. 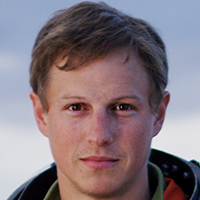 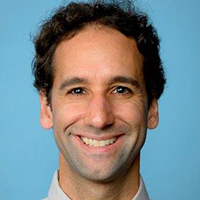