As prescriptions for psychotropic drugs increase, researchers at the University of Colorado Anschutz Medical Campus have found that prescribed access to anti-anxiety and anti-psychotic medications may make it easier for some patients to use the drugs in attempted suicides.

“In a study focused on people who attempted suicide, those who used a psychotropic drug in an attempt were 70 percent more likely to have prescribed access than patients who used other methods in their attempt,” said Talia Brown, MS, PhD, lead author of the study from the Colorado School of Public Health at CU Anschutz. 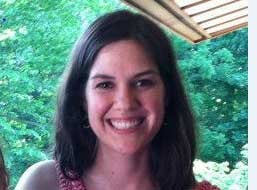 Talia Brown, MS, PhD, lead author of the study from the Colorado School of Public Health.

The study was published last week in the Journal of Clinical Psychiatry.

The study investigated the association between prescribed access to psychotropic drugs and using them in a suicide attempt. The researchers used a large, nationally representative insurance claims dataset of 27,876 people who had attempted suicide at least once.

They found that 10,158 of them had used psychotropic drugs in their attempt. The most commonly used were antianxiety medications, followed by antidepressants, antipsychotics or mood stabilizers and stimulants. About 13 percent used more than one drug.

Overall, some 23 percent of those in the study who used psychotropic drugs in a suicide attempt had filled prescriptions for the drugs within 90 days before their suicide attempt. That led researchers to ask how so many other people who attempted suicide gained access to the medications they took. 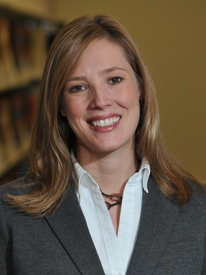 Heather Anderson, PhD, associate professor in the Center for Pharmaceutical Outcomes Research at the University of Colorado Skaggs School of Pharmacy and Pharmaceutical Sciences

“The most likely options were from family and friends, previous prescriptions filled prior to our exposure period, medications purchased outside of insurance plans or on the black market,” the study said.

Brown said it was important to safely store all over-the-counter and prescription drugs, not just the most toxic, especially when there is a friend or family member at risk of suicide.

The findings offer a number of lessons and insights into prescribing these drugs, said the study’s senior author Heather Anderson, PhD, associate professor in the Center for Pharmaceutical Outcomes Research at the University of Colorado Skaggs School of Pharmacy and Pharmaceutical Sciences.

“Restricting or modifying access to psychotropic drugs will require increased attention by all healthcare professionals, particularly pharmacists who are well-positioned to talk to their patients about safe medication use and storage,” she said. “It is important to stay on top of a patient’s depression, stay on top of their prescriptions and monitor suicidal ideation.”

Providing medicine in blister packs has been successful in other countries in reducing deaths because it requires time and effort to remove enough of the drug for an overdose. And people can change their minds during that time.

Ultimately, Brown said, those at high risk for suicide with prescriptions for psychotropic drugs should be closely monitored for potential safety interventions.