The lab of Mamuka Kvaratskhelia, PhD, discovers that a cytoplasmic protein helps the HIV-1 core to maintain its integrity to successfully reach the nucleus, where it replicates. The study could have important implications for HIV-1 therapeutics. In 2019, 690,000 people died from AIDS-related illnesses, which are caused by HIV-1.

HIV-1, which causes AIDS, navigates a labyrinth of immune sensors and anti-viral attackers in order to reach a target-cell nucleus, where it permanently integrates into human DNA and spreads infection. How the virus traffics through this hostile environment has been a relative “black box” of mystery compared to other parts of the life cycle.

Mamuka Kvaratskhelia, PhD, and colleagues in the Division of Infectious Diseases in the University of Colorado School of Medicine’s Department of Medicine, have published in Nature Microbiology their discovery that a cytoplasmic protein – Sec24C – helps the HIV-1 core to maintain its integrity to successfully reach the nucleus.

“We’re trying to understand the cellular proteins – which ones are helping this (HIV-1 core) structure travel all the way from the entry point to the nucleus, where HIV-1 permanently integrates into the human genome,” said Kvaratskhelia, a professor of medicine.

These proteins could become targets for potentially long-acting therapies. “These (new) therapies could interfere with virus-host interaction, which would eventually result in inhibiting HIV-1 activity,” Kvaratskhelia said.

Kvaratskhelia’s team discovered that the Sec24C protein engages with the HIV-1 virion after it enters a cell. The protein then facilitates transit of the virus all the way to the nucleus because of the way it binds to HIV-1’s capsid shell, which is made up of many individual capsid proteins.

“We realized that in order to properly screen for cellular proteins that bind the surface of the shell, you can’t just use a single protein (monomer), or even a hexamer of capsid protein,” he said. “That was a key advance that enabled this. You needed an entire 3-D lattice to be pre-formed, and then this protein, Sec24C, specifically recognizes the lattice of capsid hexamers (on the virus shell) and goes and binds with them.”

While Sec24C is a known protein, its function at the HIV-1 interface, and ultimately its key role in viral replication, was previously unknown.

Mystery begins to peel away

Kvaratskhelia had collaborative help from the lab of Eric Poeschla, MD, professor of Medicine-Infectious Disease and Tim Gill Chair in HIV research. They created Sec24C gene knockout cells, which were instrumental in demonstrating the role of Sec24C. Kvaratskhelia also collaborated with Emory University, which provided the live-cell microscopy that allowed researchers to monitor the interaction between Sec24C and HIV-1 capsid in live cells.

Poeschla calls Kvaratskhelia’s study a major finding because the virus’s journey to the nucleus is the “biggest remaining black box” in the HIV-1 life cycle. “That (mystery) is now beginning to peel away with studies like Mamuka’s,” Poeschla said, “and his insight in actually making and deploying a facsimile of these HIV-1 cores that essentially recreate the key three-dimensional structure.”

The study could have important implications for HIV-1 therapeutics. Notably, the discovery follows on Kvaratskhelia’s team’s recent report in Science on a potent new antiviral drug that binds to a similar region on the incoming capsid.

The drug, developed by Gilead Sciences, binds to the same localized region of the HIV-1 capsid as Sec24C as well as a couple other proteins. Targeting this area with a therapeutic could inhibit viral migration to the nucleus and replication.

New drug could be a game-changer

The drug could be a game-changer for a couple reasons. Unlike current HIV-1 treatments that are administered daily, often causing adherence issues with patients, this therapy can be injected once every six months. Also, because it’s targeting a new area of the HIV-1 life cycle, the drug can attack HIV-1 variants that have developed resistance to current therapies.

Kvaratskhelia and Poeschla note that current HIV-1 therapies target enzymes. “This drug targets an HIV-1 core architecture as opposed to an enzyme. An advantage is that it can be formulated to be extremely long acting,” Poeschla said. “It would be very helpful if a patient only has to have an injection every six months or so rather than taking daily medicines. That’s what the field is moving toward.”

Poeschla added, “So once we get to that point, where a patient comes in every six months to a year for a shot, which would not really be any more demanding than the flu shot everyone gets, that’s essentially a step on the way to a functional cure.” 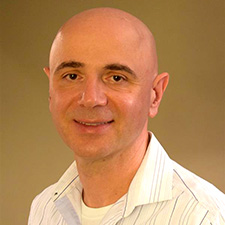 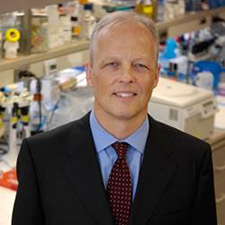