In a survey of Catholic hospitals throughout the country, researchers at the University of Colorado Anschutz Medical Campus found many did not advertise their religious affiliation and the majority did not explain how that affiliation results in healthcare restrictions.

The research letter was published today in the Journal of the American Medical Association (JAMA).

Maryam Guiahi, MD, associate professor of Obstetrics and Gynecology at the University of Colorado School of Medicine, analyzed the websites of all hospitals listed in the Catholic Health Association of the United States’ Health Care Directory.

Out of 646 hospitals examined, 507, or 79 percent, reported their Catholic identity. The other 21 percent did not explicitly disclose it on their website. More concerning, only 28 percent specified how their religious affiliation might influence patient care. 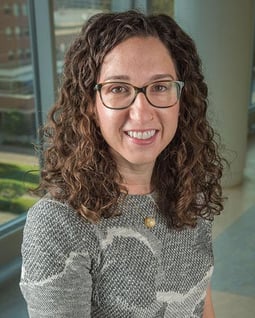 The U.S. Conference of Catholic Bishops expects hospitals affiliated with the Catholic Church to abide by the Ethical and Religious Directives for Catholic Health Care Services. These directives interpret medical care based on the church’s moral teachings and limit aspects of reproductive and end-of-life-care.

“A basic cornerstone of medical ethics is to support patient autonomy,” said Guiahi. “One way to do this is to be transparent. It was surprising to find that one in five of these Catholic hospitals do not even report their identity and that the vast majority do not explain to patients what being Catholic means.”

“This means that many patients may waste their time at Catholic facilities when they encounter restrictions to common health services,” she said.

At the same time, some Catholic hospitals that openly cite the directives may actually provide restricted services using workarounds.

For example, rather than say they are giving a patient an intrauterine device for birth control, they might say it is being placed for heavy menstrual bleeding.

“There appears to be a lot of variability across Catholic sites in terms of what they provide and whether or not they use workarounds, which compounds healthcare consumer confusion,” explained Guiahi.  “Websites provide an opportunity to inform consumers about which services are provided and which ones are restricted and can thereby avoid conflicts in care.”