Their mission of saving the most lives while putting an end to a pandemic as soon as possible is more complicated than many people could fathom. Public health experts charged with the extraordinary task shared the complexities and their work to overcome those barriers during a Feb. 5 panel discussion.

On Dec. 14, when the first COVID-19 vaccine hit Colorado, healthcare providers were cast into another trying mission: Vaccinate the state’s 5.7 million residents as rapidly as possible to end the pandemic. Their average weekly supply? About 60,000 doses.

For the masses of people out there anxiously awaiting their turn for themselves or a loved one: Don’t do the math. 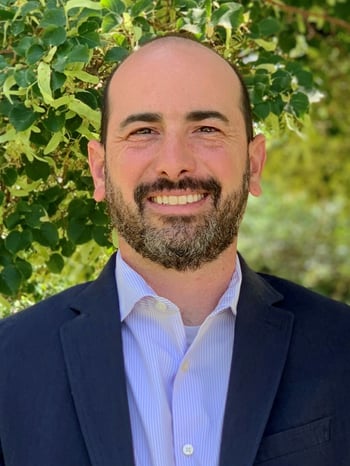 As the massive vaccination campaign carries on, with new hope of more doses on the horizon, experts shared some complexities of the job during a Feb. 5 virtual panel discussion.

Choosing who goes first, where to target vaccination dispersal sites and how to vaccinate enough people to end the pandemic despite skepticism and distrust continually challenge healthcare providers assigned the task.

“There’s a wide range of attitudes toward vaccines from extreme eagerness to outright rejection,” said Katherine Dickinson, PhD, assistant professor at the Colorado School of Public Health (ColoradoSPH). “It’s complex. It’s multifaceted. And its driven by a number of different factors.”

On Feb. 8, the state opened the vaccination doors to anyone 65 and older and to educators from pre-K through 12th grade.

The two current manufacturers with emergency use authorization (EUA) from the Food and Drug Administration have said they expect significant supply increases soon, Bookman said. And a third vaccine supplier, Johnson & Johnson, has applied for EUA, which the state expects will lead to doses in hand by early spring.

“By March or April, depending on the national supply, we may have the opposite problem,” Bookman said. “We may have so much vaccine, we may not have enough people to do the vaccinating.”

Racial disparities, political ideologies and government distrust all add to public health officials campaign decisions, said Dickinson, who is part of a Risk and Social Policy Working Group, formed in March to look at vaccine issues from an interdisciplinary lens.

“The pandemic is a social and political phenomenon as much as medical and a public health phenomenon,” said Dickinson, whose team has conducted four phases of a six-state survey since the pandemic struck the country. 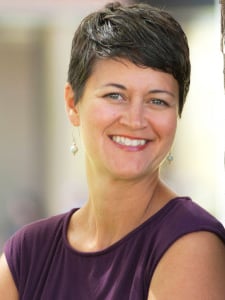 “Our data really confirm this well-publicized fact that there are some differences in vaccine eagerness among racial groups, with Black respondents consistently less likely to say they would definitely get the vaccine compared to white respondents (38% to 75%).”

Noting that communities of color are at significantly higher risk of dying from COVID-19 than whites, and that they also tend to have higher risk of exposure and transmission, equity weighs heavily in the dispersal equation, said Anuj Mehta, MD, CU School of Medicine assistant professor in the Division of Pulmonary Sciences and Critical Care Medicine.

“Essential workers are more likely to belong to communities of color,” including grocery, transportation, nursing home and home healthcare workers, Mehta said. Moreover, those communities are often in high-density locations due to redline practices, are less likely to have access to healthcare and often live in multigenerational homes with high-risk family members, said Mehta, chair of Colorado's COVID-19 vaccine allocation committee.

In Dickinson’s work group surveys, white respondents were much more likely to consider the vaccines safe and to say they were treated fairly within the healthcare system than Black respondents, many of whom harbor distrust for the medical system, she said.

“It’s really important to recognize that these attitudes are deeply embedded and stem from a history of systemic, societal and medical racism and abuse,” citing some unethical medical experiments using Black citizens over the past decades. “Not surprisingly, this has given rise to some deep mistrust of the medical establishment in communities of color,” she said.

Despite the high level of public attention to the topic, vaccine rates are disproportionate along racial lines. “If we just look at Denver, we are seeing higher rates of vaccination in neighborhoods that are predominantly white.”

Policymakers should leverage past studies that have found interventions directly addressing barriers – such as providing vaccines at workplaces – may be more effective than strategies that are trying to change people’s opinions, Dickinson said.

A question-and-answer session ended the panel discussion hosted by the CU Denver School of Public Affairs. Here are some abbreviated highlights:

Are there certain states Colorado should be looking to in terms of deploying a vaccine campaign well?

“I think a lot of people are looking to Colorado,” Mehta said. “We are actually doing very well in comparison.”

“I attribute that, for one, to partnerships built with our healthcare providers,” Bookman said. “Two, we started working on this over the summer and building out an incredibly large team to prepare for this. We brought in the Colorado National Guard and Brigadier General Scott Sherman,” he said, adding the military presence with this massive logistics effort has been critical.

“Where we also succeeded, and where other states are struggling, is we are really stressing appointments and not just first-come, first-serve drive-up clinics where you just see these horrible lines,” Bookman said. “And that is going to discourage people from coming back to get their second shots or even to wait and get their first one.”

National media coverage has focused on significant struggles between local, state and federal governments. How has Colorado fared? 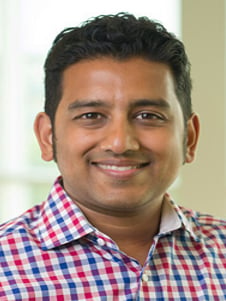 “I think in the early days, we were surprised by the inconsistent information coming out of the White House and the federal government,” Bookman said. “But (Gov. Jared) Polis has never been reluctant to pick up the phone at many points in this response and has made many phones calls to federal officials,” he said, adding that, more recently, communication was open with the outgoing Trump administration and now the incoming Biden administration. “Literally, by 4 p.m. on Inauguration Day, we were on a call with the Biden team.”

As new vaccines are approved for distribution, will the state make different distribution plans based on those vaccines’ different efficacy rates?

“I think it’s too soon to say,” Bookman said. “The efficacy of all vaccines that have gone through EUA are still more effective than the flu shot (averaging 40%). What we are talking about is degrees of incredibly effective and safe vaccines.”

Bookman said officials are hoping for federal guidance on the issue but are still preparing for different scenarios. For instance, if a vaccine requires only one shot, the campaign might target populations less likely to return for a second shot with the single-dose platform.

Why aren’t employers requiring the vaccine?

“Ethically, you really can’t have a mandate for something that is still technically research,” Mehta said, adding that EUA is not full FDA approval, so the vaccines are still considered investigational drugs.

When that full approval comes, Mehta can see COVID-19 policies being mirrored off case laws for the flu vaccine. “For the healthcare system, that is not an individual mandate. It’s an institutional mandate saying you have to have 90% of your workers vaccinated or have authorized waivers.”

Surveys found most white respondents thought that employers, airlines and colleges and universities should have mandates, with support for mandates lower with Black and Hispanic respondents, Dickinson said.

What percentage of Colorado’s population are we expecting to eventually be vaccinated?

“We’re shooting for 70 to 80%,” Bookman said, adding that recent data suggest residents’ vaccine attitudes make that reachable. “Remember, this has not been approved for children.”

“We need to still be careful until the science catches up to tell us we can all go back to doing the things that we all really want to do.” – Anuj Mehta, MD

What should individuals be doing now?

Continue following all pandemic protocol, Mehta said. “Even if you’ve been vaccinated, you still need to do those things, because we don’t actually have firm data for the vaccines on reducing asymptomatic transmission,” he said, noting that he has had both of his doses and still wears a mask diligently.

“I think that’s kind of the personal level of responsibility. We all want to travel. We all want to see loved ones. And I think we’re close, but we need to listen to those core public-health measures and realize that there have been major hiccups every step along the way with this pandemic. I am nervous about drops in vaccine efficacy with some of the variants,” he said. “We need to still be careful until the science catches up to tell us we can all go back to doing the things that we all really want to do.”

Photo at top: A man gets his COVID-19 vaccination recently at UCHealth University of Colorado Hospital.