After moving from Puerto Rico to the University of South Alabama for graduate school, Sonia Flores, PhD, encountered her share of biases. Recalling how she fit in to her new town and with her new classmates, Flores said, “It was a culture shock for me, and it was definitely a culture shock for them.”

Flores is now Vice Chair of Diversity and Justice for the Department of Medicine and a Professor in the Division of Pulmonary Sciences and Critical Care Medicine. As keynote speaker for the Women in STEM (WiSTEM) symposium held June 5 at the CU Anschutz Medical Campus, Flores tackled the subject of microaggressions and unconscious biases in academia. 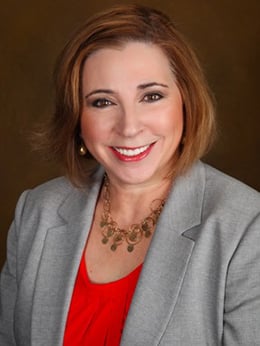 Flores distinctly remembers the first time she was made to feel like a minority for being different. In graduate school, while dissecting a cadaver with a group of three white men, her fellow group members constantly assigned her to note taking duty. After she finally suggested they take turns, Flores said, “I was surprised by the ferocity and meanness of the comments,” which included questions of citizenship, immigration status, and whether she had earned her place vs. being chosen to fill a diversity quota.

She began to question whether she had in fact earned her position. Though she didn’t know it at the time, she was experiencing imposter syndrome, a term for the pervasive self-doubt, insecurity, and feelings of fraudulence that accompany one’s position or accomplishments. Imposter syndrome is pervasive in academia, particularly among women and underrepresented minorities.

The new face of bias

While outright bigotry is easy to spot, Flores said that microaggressions, called the new face of bias, are much harder to identify as these are delivered in the form of subtle snubs, dismissive looks, gestures and tones. Examples include: “Don’t worry your pretty little head about it” and “Don’t you people all like spicy food?” Other examples include mansplaining, referencing appearance in the context of sexual orientation, and “translating” for an international student despite their strong grasp of English. “Feeling down, feeling burned out, lower job motivations”— these can all be after-effects of interactions plagued by microaggressions, she said.

If microaggressions are hard to identify, how can we deal with them? “Make the invisible visible,” Flores suggested, by engaging others in open conversation. Be observant; notice reactions when someone is uncomfortable. “Interrupt microaggressions even if you’re not the recipient.” She went on to add the importance of recognizing our own biases. “We all have biases, but studies show that the more we interact with people from other cultures, the more welcoming we are.”

An attendee at the WiSTEM symposium, Xiao-Jing Wang, MD, PhD, Professor of Pathology and Director of the Head and Neck Cancer Research Program, believes that training in racial and gender diversity should be required, particularly for faculty in leadership positions. “It should be like the Responsible Conduct of Research training,” Wang said, which is mandatory for federally funded researchers at the university. “If someone messes up an experiment because they didn’t have the right training, it’s not their fault — they didn’t know the right way to do it.”

Wang wondered about the microaggressions and unconscious biases that trainees in her program could be exposed to as well as what they internalize. “As a faculty member training junior scientists, I feel like current social issues will not be issues for the next generation, because the next generation is more open-minded than our generation,” Wang explained. “But it doesn’t happen automatically. Without conscientious effort to promote racial and gender diversity, the next generation will inherit the same biases.”

Inspired by Flores’ talk, Wang created a plan for her own training program to help trainees recognize bias and microaggressions to promote a healthy work environment.

Despite over 70 attendees at the WiSTEM symposium, one demographic was largely and conspicuously absent. Where were all the men?

Keynote speaker Flores, when asked about the low male attendance, said, “[Men] generally believe that these organizations have been formed to correct the issue of a lack of women in STEM and that in general, they would feel out of place in such a gathering. It is fairly intimidating when you are one of only a few; exactly the feeling we have experienced through years of women in science being under-represented.”

To paraphrase, men may be skipping events like the WiSTEM symposium out of a belief that these events, being organized BY women, are exclusively FOR women.

The symposium, organized entirely by women in academia at CU Anschutz, featured inspirational talks on non-traditional career paths, a career panel with industry and academic panelists, a workshop on coping with imposter syndrome developed by WiSTEM co-founder Ashley Bourke and a networking reception with awards ceremony.