Home News Grand Rounds: The Value of Evidence During the Time of Global Pandemic back to News

The March 2022 University of Colorado College of Nursing Grand Rounds presentation by Associate Professor Scott Harpin, PhD, MPH, RN, FNAP, tackled the topic of the Value of Evidence During the Time of a Global Pandemic. Dr. Harpin took the audience on a journey that made us question some of our beliefs about the science we have learned and lived during the last two years of the pandemic. “We here in academia and on this campus in particular have been faced with -- forced to -- really buy into the science presented before us the last two years, even if the quality of that work isn’t to the standards we typically espouse,” said Harpin.

According to Harpin, “I can’t help but feel personally that it’s a changing game. Maybe a game-changer for science and how we approach the work we do, how we present it to our constituencies, and move forward with what science and evidence is all about in academia.” The ever-changing landscape of COVID makes it impossible not to talk about science and evidence today without having political bias in how we think through it.

Where we get our information is important

At the beginning of the pandemic in January and February 2020, the public watched the news coverage and treated this “new” infection like another bird flu or SARS. We were just waiting for the next big thing and our public health system was generally prepared for how to address such pandemics. The World Health Organization declared a public health emergency at the end of January 2020 but early COVID-specific information was limited. “A lot of data that would inform social decision-making, we just didn’t know with respect to how COVID-19 was behaving. We did our best. People were craving any information just to feel safe,” said Harpin.

The public turned to the news, social media and our government. “We quickly saw conflicting messages and we were scared in March and April of how deadly this illness truly was.”

A blog from the American Psychological Association in March 2020 highlighted seven crucial research findings to help people deal with COVID-19:

Many had trust in the CDC

What was apparent was that initially we “had a lot of trust in the CDC,” said Harpin. The Centers for Disease Control became an ever-present trustworthy source. “Society generally has faith in our government institutions, especially when they try to be as non-biased as possible,” said Harpin. Afterall, “they’re our peers. I went to school with and did my MPH with people who work at the CDC. They are smart public-servants with the public’s well-being a priority in their work.”

Since those early days of the pandemic, starting in summer 2020, a series of news and scientific articles were published that “rocked” Harpin’s world. An article in the July 2021 edition of the New York Times was critical of Dr. Fauci and the CDC with the headline “COVID misinformation comes from the top, too.” The overarching conclusion was that “the political dysfunction that holds America hostage also holds science hostage.” Then in February 2022, another article in the New York Times revealed that the CDC wasn’t publishing portions of vaccine efficacy data. “I had a tug of war with my ideology. It made me question who do you trust, who should you trust related to COVID information?” said Harpin. A metanalysis review in the January 2022 Journal of Applied Economics asked the question about lockdowns and their effect on COVID-19 mortality. The conclusion was that “the evidence fails to confirm that lockdowns had a significant effect in reducing COVID-19 mortality. The effect is little to none.” Another blow to what he stood up for and believed two years ago.

What does this prove? We only know what we know from what we’re told with the science we have

Harpin, who considers himself well-educated, well-read and a connoisseur of the science was forced to ask himself the question: Who tells us the things we believe? “We only know what we know from what we’re told,” said Harpin. An article and quote titled Righting the Ship by psychologist Scott Lilienfeld published in 2017 seems particularly relevant today.

Harpin continues, “As nursing folks, what are we going to learn from developing science during the pandemic, sharing our science? And can we leverage the pandemic in some way to set a new course for our work and how it’s going to be respected in the grander scale of science. I’m hopeful.”

Take-homes from the presentation 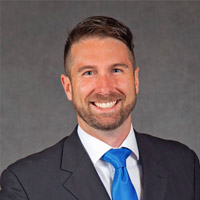