Philip Tarlow’s inspiration to pursue art was sparked at an early age. He recalls a kindergarten teacher noticing his fascination with construction workers, which ultimately became the subject matter of his creations 30 years later.

Tarlow’s first exhibition was at Antioch College in Yellow Springs, Ohio, where he worked closely with professors who recognized his talent and supported his artistic ventures. He was surprised and motivated after selling the majority of his collection during his first exhibition.

“I thought – much to my dad's distress – I could really do this,” Tarlow says. “My dad was a CPA, and he thought if I became an artist, I'd never be able to make a living. I started proving him wrong right away.”

Taking his talents to Greece in his 30s, Tarlow lived in Athens for 15 years. His realist paintings of Greek construction workers became the center of his artwork, selling out nearly every gallery show and becoming the first American to have his work acquired by the National Gallery - Alexandros Soutzos Museum and the Benaki Museum.

Sensing a call to a new energetic landscape, he and his wife, Mikela, moved to Colorado’s high desert more than 25 years ago.

A threat to his art career

Besides his hands that are responsible for every edge and stroke, Tarlow’s eyes are the keys to capturing inspiration and transforming those images into drawings, paintings, and prints.

He never imagined a regular eye exam 2016 would result in an urgent referral to see a glaucoma specialist.

“My whole life flashed before my eyes, and I thought this could be the end of my career,” Tarlow recalls. “I didn't even know what glaucoma was, but if my optic nerve is damaged and I can't see well, then I need to look at all my options.”

Tarlow quickly became a patient of Leo Seibold, MD, associate professor of ophthalmology at the University of Colorado (CU) School of Medicine and director of the Glaucoma Fellowship at the Sue Anschutz-Rodgers Eye Center. Seibold diagnosed Tarlow with a special type of open-angle glaucoma called pseudoexfoliation glaucoma, which occurs when a flaky, protein-like material builds up inside the eye and blocks the drains of the eye. As a result, fluid made inside the eye cannot drain out fast enough, and pressure inside the eye increases significantly.

In addition to his glaucoma, Seibold told Tarlow he would need a visually significant cataract removed to restore sight capabilities that are critical for his work.

“He had already lost a portion of his peripheral vision from the glaucoma, and there was a risk of further loss of vision, which would have threatened his art career and ultimately his ability to perform other tasks of daily living,” Seibold explains. “If his cataracts had progressed further without treatment, his art would likely have changed from an overall filtering of light entering the eye and decreased color discrimination.”

Not the next Monet

While other artists such as Claude Monet, who famously refused to undergo cataract surgery in the early 1900s, used their eye conditions to influence their work, Tarlow immediately decided to pursue the procedures to save his sight and his passion for painting.

Fortunately, Tarlow was a perfect candidate for combined cataract surgery and minimally invasive glaucoma surgery (MIGS), procedures that are growing in popularity around the world.

“I began reading about artists in history who have had issues before this kind of surgery was available and how they just suffered the consequences,” Tarlow says. “They couldn't really work anymore, and I didn’t want to choose that fate.” 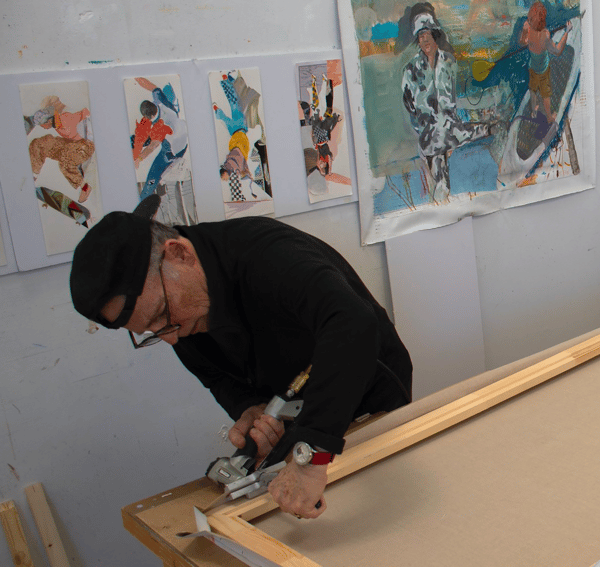 Seibold performed a combination cataract removal and intraocular lens implant to immediately improve Tarlow’s vision, along with a goniotomy procedure using the Kahook Dual Blade. This removed the tissue lining the drains of the eye that had become obstructed over time and reestablished normal drainage to the eye.

“Traditional glaucoma surgeries are fairly invasive and carry sight-threatening risks with certain complications, so we save these for more advanced cases,” Seibold explains. “Now, with newer minimally invasive glaucoma surgery, we have a number of procedures that can still be effective but pose much less risk to the patient. They are easily combined at the time of cataract surgery, so it is an excellent opportunity to ‘kill two birds with one stone.’”

Although Tarlow still experiences some peripheral vision loss in his right eye, he now has stable eye pressures and excellent vision. He’s even stopped using eye drops to control his pressure, which he initially needed multiple times per day.

The art of giving back

As soon as Tarlow’s bandages were off and his eyes healed, he dove back into this work – this time with a different calling.

“I was flooded with gratitude and thought I would really like to give back,” he says. “Dr. Seibold is an amazing surgeon, and it's an amazing hospital. My wife and I came up with this idea of a benefit.”

Tarlow is exhibiting a new collection at the Space Gallery in Denver from April 22 through May 28, donating all proceeds to the Sue Anschutz-Rodgers Eye Center and sight-saving research. The collection, titled “i fly,” or “petAow” as it translates in Greek, embraces stunning depictions of human movement. Specifically infusing colors, action, and scenes from the 2020 Tokyo Olympics, Tarlow’s collection reflects a modern twist on his time in Greece and its connection to the Olympics.

“When I looked at all these paintings, there's a lot of figures who are jumping, skateboarding, and such, and it reminded me of flying,” he explains. “The title is also reflective of the moment I knew my vision had been saved. I literally felt as though I could fly.”

This collection is also a representation of his evolving art style, which he now describes as realism merged with abstract.

Tarlow will be speaking at 5:30 p.m. on April 22 for the opening night of his exhibition at Space Gallery. Seibold will be joining him as well.

“I am very proud of the work that we do here at the Eye Center and the team that we have,” Seibold says. “It is extremely gratifying to be able to help someone like Philip continue to do the amazing work that he does, and humbling to see his generosity in wanting to give back to this place.”

“I hope to use the proceeds in support of future and ongoing glaucoma research projects, particularly those that involve our next generation of eye doctors – the medical students, residents, and fellows. Just as we mentor young doctors in medicine, Philip and his wife have an interest in mentoring youth in the art world, so I would love to be able to use the proceeds in our mutual interest of education and training,” Seibold continues.

Feeling fulfilled by this experience, Tarlow says he’s interested in collaborating on more benefits in the future, and he’s thankful to contribute to the same sight-saving research and innovation that preserved his own vision. 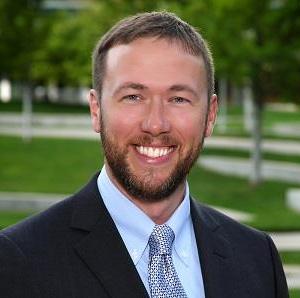