Home News How Did the COVID-19 Pandemic Affect Your Eyes? back to News

The COVID-19 pandemic found many of us spending more time in isolation, exercising less, and eating and drinking more. All of that caused negative effects on physical and mental health, but what did the pandemic mean for our eye health? As it turns out, plenty — from the effects of increasing screen time to skipping routine eye exams due to COVID-related health concerns.

We talked with Richard Davidson, MD, professor of ophthalmology in the University of Colorado School of Medicine, about the effects of the pandemic on eye health, particularly in Colorado’s dry climate.

People have been on their computers and other screens a lot more during the pandemic, whether that’s for Zoom meetings at work or binging more shows on Netflix. What effect does that increased screen time have on your eyes?

We're seeing a lot of dry eye and more ocular surface disease because, when we're on the computer, we tend not to blink as often. Let's say you normally blink 10 times a minute. If you’re on your computer and you only blink seven times a minute, you have a deficit of three blinks a minute. And that, over time, can result in pretty significant dry eye.

Given our climate, is dry eye more of a problem in Colorado?

Yes, definitely. In Colorado, most of us have mildly dry eyes to begin with, and then you add computer, iPad, or phone use, and it pushes things over the edge. I have lots of patients who have other homes in places like Florida, where it's more humid. They do great when they're in Florida, and when they come back to Colorado, their eyes are much drier. When you combine that with more screen time, it can get exacerbated. Most of us love living in Colorado, but it's definitely the price we pay for living here.

This year seems like it’s been exceptionally windy as well. Can that make those symptoms worse?

It definitely exaggerates the dryness. When we have windy periods, we see an uptick in patients calling in with dry eye and ocular surface-related symptoms – which can include redness, burning, irritation, blurred vision, or anything that could or does affect the conjunctiva and cornea.

What can you say about the condition called computer vision syndrome, which is also caused by increased screen time?

It's a bit of a dramatic name, but it basically means that when we are looking at screens, we tend to stare more and blink less, and that can cause some strain. Screens give off a blue light, and that's a little bit more controversial. Some people feel the blue light from the screen can cause eye fatigue, which is part of computer vision syndrome. I have some patients who swear by blue light-blocking glasses, but they don’t seem to work for everyone.

The past two years have been stressful for many of us. Does that have an effect on the eyes, too?

Stress can result in high blood pressure, which can cause in changes in the back of the eye —retinal changes, vascular changes, such as retinal vein and artery occlusions, ruptured blood vessels, and sometimes damage to blood vessels that provide oxygen to the optic nerve things like that. We haven’t seen a huge uptick in that, compared to normal, but stress can play a role with that for sure.

At the beginning of the pandemic, people were delaying care due to COVID concerns and some medical offices were closed down or delaying non-essential procedures. Did you see any effects from those delays in care?

That was probably the most prominent thing we were seeing in the early days of the pandemic. People who had macular degeneration and may have needed injections in their eyes, or who may have had a change in their glaucoma or cataract progression, were putting off care because of COVID. I think we're pretty caught up now, but every now and then we do see a patient we haven't seen in a couple of years who really should have been in a little sooner.

Were there delays in cataract surgeries or other procedures like that at any point?

Those are considered elective, and for the first six weeks of the pandemic, we weren't doing any elective surgery. Then we reopened, and we were actually pretty busy. I think once people felt safe coming to the doctor, and since no one was traveling, a lot of people felt ready to get their cataract surgery done. But I definitely have patients, even today, who aren't ready to do it because they're nervous about coming in and having a surgical procedure during a pandemic. It's gone both ways.

Is it dangerous to put off cataract surgery?

For the most part no, because a cataract doesn't really harm the eye. It slowly degrades your vision, but it doesn't really harm you in any way. We have the occasional patient who really should have been in a couple of years ago because their cataract has become so dense that it actually makes the surgery more complicated.

What tips do you have for people looking to improve their eye health, given increased screen time and the Colorado climate?

One thing is just to take more breaks. Not only is dryness a problem when you’re looking at a screen a lot, but focusing up close all the time can be fatiguing. I tell people to take a break and look off into the distance. Don't just stare at your wall, especially if you're in a cubicle-type setting or in a small room. Look off into the distance; don't force your eyes to focus up close.

Blinking more often may sound dumb, but it actually does help. You don't want to go crazy with blinking, but try and make a conscious effort not to stare. We also recommend using artificial tears, when you know you're going to be on the computer for long periods of time. It's best to use them on a regular basis — breakfast, lunch, dinner, and bedtime. If you wait until you start to have symptoms, it's much harder to play catch-up. Using them on a regular schedule will be much better for the eyes. 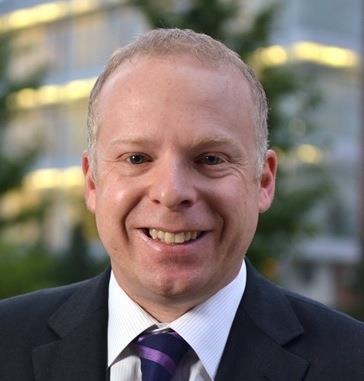