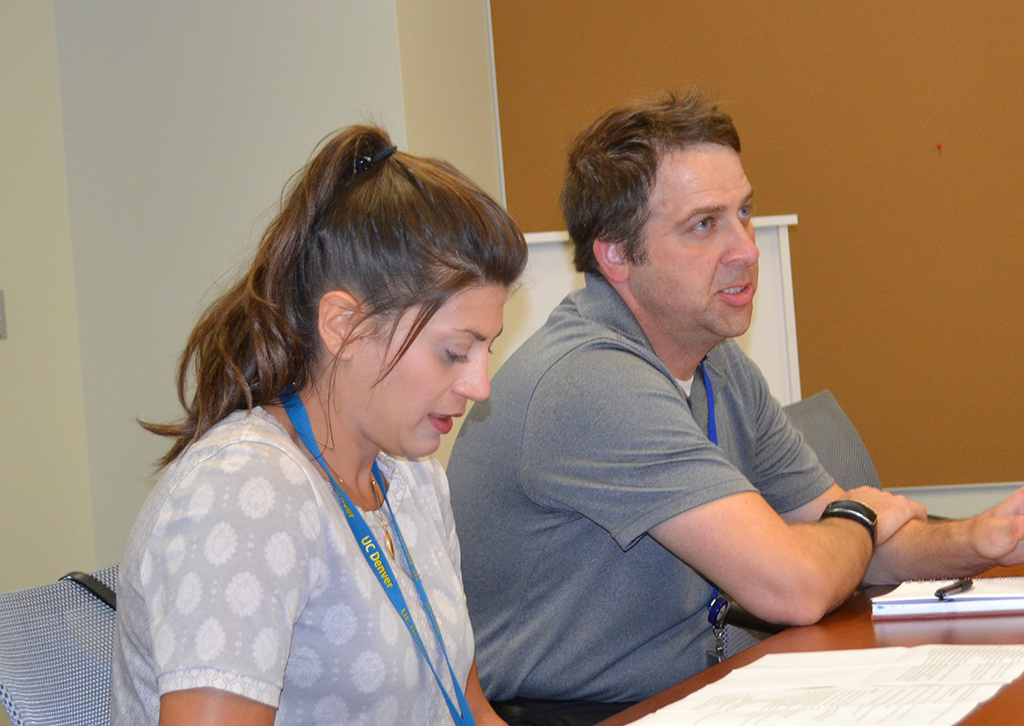 “The Career Exploration Seminar was extremely eye-opening to a new and developing field of pharmacy that goes beyond the typical work of a pharmacist.” ~ P-2 Danielle Pilgreen.

According to students, the Sept. 29th Career Exploration Seminar, hosted by the CU Skaggs School of Pharmacy and Pharmaceutical Sciences Alumni Association, was one of its best yet.

“This was a great opportunity for me to learn about a side of pharmacy that I didn’t even know existed. I really enjoyed hearing the speakers and their experiences. In the academic setting, it often feels like the two primary career paths that are discussed are community pharmacy and clinical pharmacy. It is so refreshing to hear about avenues of pharmacy that are rarely, if ever, talked about.” ~ P-2 Marilyn Banh.

During the hour seminar, speakers provide a mini bio of themselves – shedding light on their profession and how they pursued their respective pharmacy careers; they also provide an overview of a “day in their life” and then the session is opened up for questions from the students. After the session, students are encouraged to shadow, network and keep in touch with the speakers. Attracting just under 30 students each, the intent of the seminar series is to make the panelists accessible.

The small group setting with an open forum style, allows for students and panelists to interact in a more informal way. “We are intentionally trying to keep it relatively small because we want the students and speakers to feel comfortable and freely engage with each other,” says Dana Brandorff, director of communications and alumni affairs.

Speakers for the September event were alumni Vanessa Hennes, PharmD (class of 2011) and Andrew Webb, PharmD (class of 2013). Both are clinical applications pharmacists for Children’s Hospital and are the interface between electronic medical records systems and health care. They are involved in the development, testing, implementation and maintenance of medication-related components within the electronic health record system. Epic. “We translate what our physicians, nurses and pharmacists want to do in the system to the programmers at Epic,” says Dr. Webb.

During pharmacy school neither Hennes nor Webb had considered healthcare IT. “In actuality, I didn’t know it existed,” says Hennes. “It’s such a great field. I’m contacted every day by recruiters. It is an exploding field.”

According to P-2 Andrea Jones, “I really enjoyed learning about a new career in pharmacy that I had never even heard of! It was amazing to see how happy the two pharmacists were with their jobs.”

Stay tuned for the next session in the Career Exploration Seminar series.