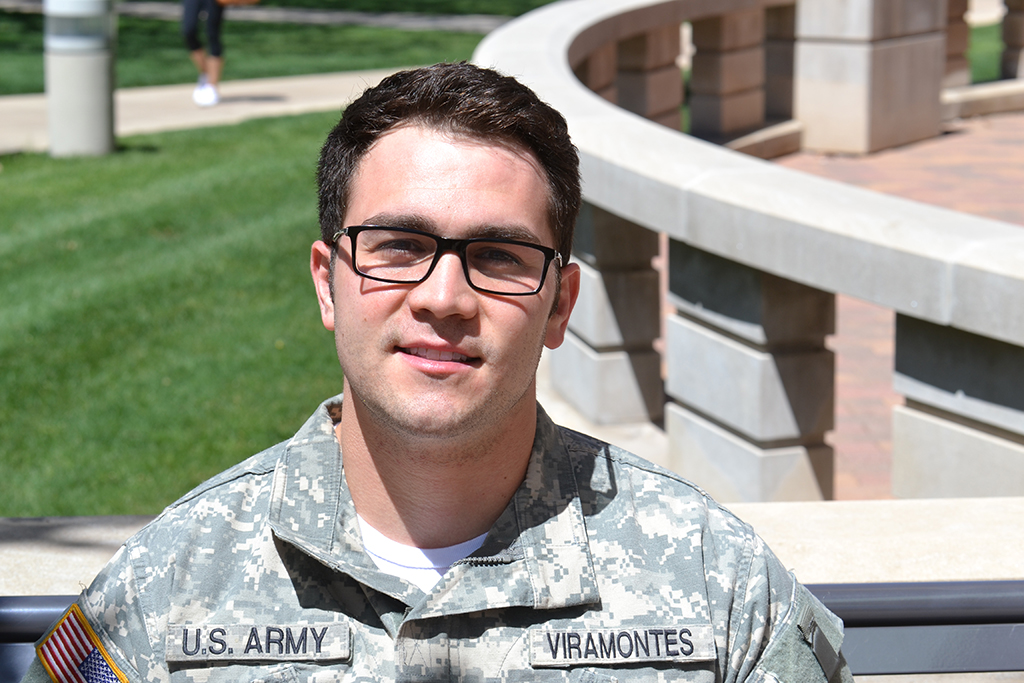 In 2004, Terry Viramontes joined the Illinois National Guard. A decision he has never regretted.  Still in high school, Terry says, “I had options. I just preferred this one.” He could have gone into the family business. But construction wasn’t for him. “I didn’t want something handed to me. I wanted to do it on my own.”

It’s a bit unusual to enlist at 17. But at that time, the US was revving up for war and allowing high school students Terry’s age to volunteer. However, because of his youth, he could not legally sign the paperwork. So, his grandparents -- who adopted him when he was 4 years old -- signed his acceptance form.

He spent the remainder of his junior and senior years mixing high school with basic training and upon graduation was shipped off to Fort Gordon, GA for six months of technical training in satellite communications. While in Georgia, a buddy of his mentioned that relatives were pharmacists in New York. “For some reason it struck a chord. The thought of pursuing pharmacy came from nowhere. I just decided I liked science and I liked people and the combination seemed perfect.” But before he could pursue pharmacy as a career he had to fulfill his military obligation.

After his training he followed a girlfriend to Colorado, transferred to the National Guard and was accepted to Colorado State University and began taking college courses.  Then, a year and a half later he was deployed to Southern Iraq, putting his education on hold. “There was a bit of culture shock, but the military did a good job of trying to make the transition as easy as possible.” The more difficult transition was one back to civilian life a year later. “The transition back here was more difficult than going there,” said Terry.

“We were convoy security – pretty much cavalry  –  so we escorted divisions across the border between Northern Kuwait and Southern Iraq. And in that capacity, you are in a constant state of fear and stress and those are very difficult feelings to overcome.” While the military does reinsertion training, which includes counseling, retreats, readjustment support, “it’s extremely challenging to come back,” says Terry. So, upon his return he took the summer off to normalize. And when he started school again, “it was completely foreign. I felt I had to relearn everything.”

But relearn it he did. He even joined the pre pharmacy club and once a month kept on “drilling” with his military unit at Potomac and 6th Avenue in Aurora. Then in Feb. 2010 he received an honorable discharge six years from his enlistment date. “I learned a lot in the military – the ability to stay cool under stressful situations, hard work, organization and above all a sense of professionalism. “

And asked if he would do it again, he says without hesitation “yes,” and emphasizes that “there’s no way I would be where I am today without the military.”