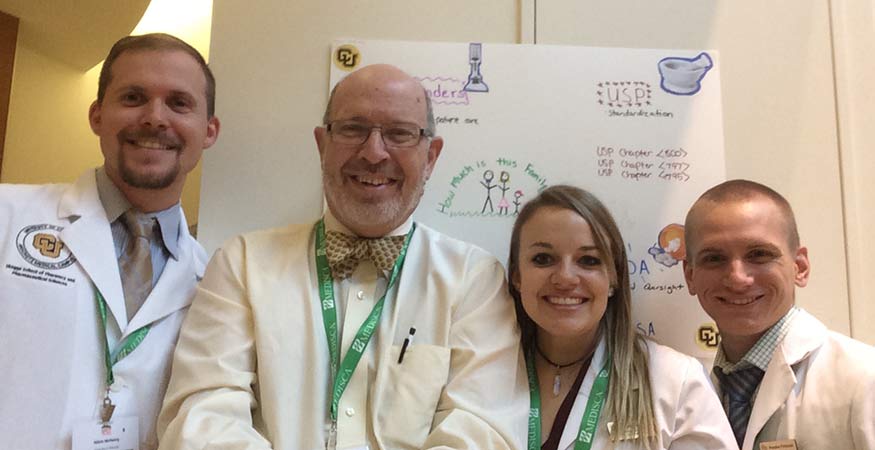 Having just nabbed second place at the Medisca Student Pharmacist Compounding Competition, CU School of Pharmacy students have proven once again they’re among the best for the third year in a row.

“It’s something to be very proud of and is setting our school apart from every other pharmacy school,” said McHenry. “Dr. Rice has done an amazing job supporting our compounding teams and leading us to success.”

The team came in second overall to Sullivan University College of Pharmacy, and was rated on three components in the challenge:

The competition, now in its sixth year, was founded to provide an educational experience for student pharmacists and increase their exposure to the overall pharmacy compounding industry.

In preparation of the competition, regional qualifications were held from October 2015 through January 2016 and determined who would be representing their pharmacy school at the national level.