A bill approved in July and backed by the Skaggs School of Pharmacy and Pharmaceutical Sciences pushes open the door to highly effective HIV-prevention drugs, potentially curbing infection for the state’s most at-risk citizens. In November, pharmacists in Colorado gained the ability to prescribe and dispense HIV prevention medications, making it one of the first states in the nation to allow patients to receive pre-exposure prophylaxis (PrEP) and post-exposure prophylaxis (PEP) treatment directly from a pharmacist. More than 14,000 people are reported to be living with HIV or AIDS in the state of Colorado; a number which has been rising over the last five years. 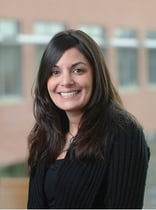 CU Pharmacy researchers were part of the initial efficacy and risk-assessment studies of one of the PrEP drugs available, Truvada®.

“It really showed that the medication was very, very effective when used correctly,” said Peter Anderson, PharmD, professor of pharmaceutical sciences and co-author of the original study published in the New England Journal of Medicine in 2010.

Anderson’s lab ran drug concentration studies that helped lead to Food and Drug Administration approval of Truvada®. As for seeing the work in his lab come full circle to now being accessible to the public, Anderson says it has been very gratifying.

“I was involved at the get-go,” Anderson said. “Ten, twelve years ago this was just an idea. Over time we developed new tests that measure levels [of the medication] in the patient’s blood.” Anderson says these tests allowed the researchers to know who was adhering to the medication regimen and at what level it worked.

More recently, his lab developed a blood test that measures adherence in study participants, which helped lead to the approval of a second variation of PrEP, Descovy®, in 2019.

Lack of access and adherence fueled the recent bill, as surveys by One Colorado revealed barriers in the at-risk population.

“It can be a general access-of-care issue, where it’s just hard to get in to see primary care providers,” said Emily Zadvorny, executive director of the Colorado Pharmacists Society (CPS) and clinical associate professor at CU Pharmacy. “It can be lack of access to providers trained to do this type of therapy. And it may have a stigma aspect, where patients are still afraid to talk to their primary care providers about it or visit an HIV clinic. This way patients can access it through their local pharmacists,” Zadvorny said.

In the past, securing a prescription for PrEP and PEP treatments was a multi-step process which began with a traditional office visit to a medical doctor. Now pharmacists, often available 24/7, will be able to prescribe the mediations after a short interview.

Many people shy away from accessing HIV clinics for PrEP or PEP, Moore said. “If someone were to see them, they could be unnecessarily discriminated against. We also heard from rural areas, where people might know everybody in town,” Moore said. “They said if they could visit a pharmacy in the next town to get care more readily, that that would be more comfortable for them.”

The new law also prevents a health insurance carrier from requiring a covered person to undergo step therapy or to receive prior authorization before receiving HIV infection prevention drugs prescribed and dispensed by a pharmacist.

Although other states, such as California and Oregon, have passed similar measures, Colorado will be the first state to translate the law into actionable state-wide drug therapy protocols – the final step before pharmacists can begin prescribing and administering the treatments.  The process was vetted by the Colorado Department of Public Health and Environment (CDPHE), and the Boards of Medicine, Nursing and Pharmacy.

“One of the reasons that we have been able to move so quickly on this is because we have robust and agile pharmacy advocates, along with a close partnership with CPS,” said Jodie Malhotra, PharmD, director of practitioner and international development at CU Pharmacy. “We’re already gearing up to launch a state-wide PrEP/PEP continuing education (CE) course so that pharmacists can be ready to provide the treatment as soon as the protocols are approved.”

According to Malhotra, this initiative is another example of the nationwide movement pushing for pharmacists to assume more healthcare responsibilities. Colorado leads the nation in these efforts. In recent years, state legislation has given pharmacists the authority to prescribe and dispense smoking cessation therapies, as well as oral contraception via similar statewide protocols.

“Pharmacists are the most accessible healthcare professional. More than 90% of people in the U.S. live within five miles of a pharmacy. Our goal is to provide greater access to healthcare with fewer barriers, leading to improved outcomes and healthier populations,” Malhotra said.