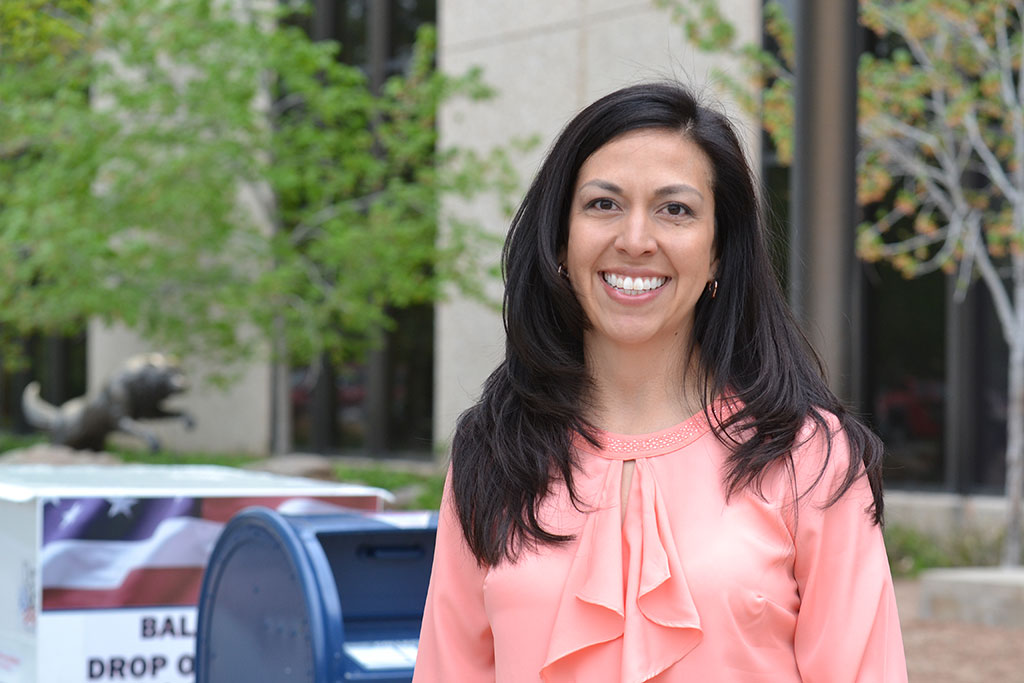 Neither snow, nor rain, nor heat, nor gloom of night, nor the winds of change, nor a nation challenged, will stay us from the swift completion of our appointed rounds. Ever.

Sara Velotta is part of a legacy of postal workers. Her father, uncle and cousins are all life-long postal employees. It is a life Sara knows well. She even followed in her family’s footsteps.

Starting with the United States Postal Service (USPS) at the age of 22, Sara soon moved up through the ranks. Within 13 years she was making an excellent living with little formal education. The work was varied, but physically demanding.  “I had a high paying, blue collar job that was a job for life.”

Being a postal employee is an honorable career, but eventually Sara wanted more, especially after meeting her husband, Mike, who became a huge motivating factor. He went to school to become a physician assistant and after he completed the program he turned to Sara saying, “OK, now it’s your turn.”

Working full time for the post office while attending school (Front Range Community College and Metro State College), she had no preconceived notions of a career in pharmacy. “I loved my first biology class and knew I wanted to get in the medical field,” reminisces Sara. But people she encountered started exposing her to pharmacy as a potential career – her stepmother who is a pharmacist offered advice along the way and her husband helped set up shadowing sessions with pharmacists at Exempla. So, pharmacy became her dream.

“Throughout the experience, I had the encouragement of my co-workers. I couldn’t have done it without the postmaster believing in me.”  After sharing her vision of becoming a pharmacist with her postmaster, she was allowed a flexible schedule at work to complete her prerequisites and was accepted to CU’s pharmacy program, just shy of receiving her bachelor’s degree.

“During my P-1 year, the school introduced a new program for those of us who had not earned a bachelor’s degree prior to entering pharmacy school. It enabled me to earn a Bachelor of Medical Science degree concurrent with my doctorate.”

After that first year, she made the decision to resign from her job with USPS. “It was the right time as I ne4eded to get experience in the field of pharmacy.” So, she walked away from a sure thing – a steady job, good pay and a government retirement. “I did something most people don’t do. I left job security behind. It was both intimidating and liberating.”

But according to Sara, “security isn’t everything. And as the saying goes, ‘we only regret the chances we don’t take.’”   With a positive outlook and a job with Walmart, Sara has no regrets.