Home News Impressions of Advanced IPPE back to News

I just completed my Advanced IPPE in Steamboat Springs and it was great. This was something that was recently introduced under the new curriculum. In the past, continuous six-week rotations occurred only during the fourth year. Now, we’re being exposed to one rotation during our third year of pharmacy school and I thought the entire experience was excellent.

I was really impressed with the facility – Yampa Valley Medical Center and the staff. The hospital is literally across the street from the ski resort! What a backdrop. The hospital is small – 30-beds, but sees patients from all over including those on vacation and residents from surrounding towns. Shockingly, the town is home to one of the highest number of Olympians per capita in the country. Consequently, the hospital does numerous hip and knee replacements. So, counseling before, during and after surgery was a big portion of my responsibilities. I really enjoyed getting to know the patients and was able to follow them the entire way.

I really felt appreciated and learned a ton while on the job. I never felt that I was “just a pharmacy student.” It’s a teaching hospital, so the mindset is open and encouraging. The nurses deferred to my judgment on medications and requested for me when a patient needed to be counseled. They often sat in on my counseling so student nurses could learn while I spoke with the patient. The physicians as well would ask me questions during rounds and would give me the opportunity to look up medication questions throughout the day. That made me feel valued and part of a team.

It was exciting and I can see how being introduced to these facets of the profession sooner during pharmacy school will help me figure out what I like and don’t like, which will help narrow the career path I’d like to pursue.

This experience will better prepare me for cases and class work, and has given me an understanding of the “whole” picture, versus a snapshot. I am really excited to get back to the classroom and incorporate what I learned during aIPPE. 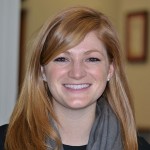