Home News Why Don’t Adrenal Gland Metastases Respond to Immunotherapy? back to News

Recent advances in immunotherapy have allowed doctors at the University of Colorado Cancer Center to more effectively treat melanomas that spread to other parts of the body. Immunotherapy drugs such as checkpoint inhibitors, which are commonly used to treat melanomas, work to strengthen a patient’s immune system so that it can prevent a tumor from “turning off” the ability of the immune system to fight it.

In their weekly melanoma tumor board meetings, however, CU Cancer Center doctors discovered they were all encountering the same problem. Checkpoint inhibitors were doing a great job of activating patients’ immune systems to go in and kill melanoma cells throughout the body, but for some reason, cancer cells that spread to the adrenal glands were not affected by the drugs. Even more concerning, patients with adrenal gland metastases had significantly worse prognoses and outcomes than those who did not.

“In reviewing cases, we noticed the fact that patients were having a complete disappearance at other sites of metastasis, but the adrenal gland did not respond,” says CU Cancer Center member William Robinson, MD, PhD. “We started looking into the likelihood of this happening and how often it was happening.”

Robinson and other CU cancer doctors, including fellow CU Cancer Center member Martin McCarter, MD, delved into the issue further, reviewing 68 patients whose metastatic melanoma had spread to the adrenal glands and 100 patients on the same immunotherapy whose metastatic melanoma had not spread to the adrenal glands. The patients had mostly cutaneous — or skin — melanomas, but some mucosal and eye melanomas as well.

“What we found is that the adrenal glands are in some way a privileged site in the body,” Robinson says of the research published in August in the National Comprehensive Cancer Network journal JNCCN. “Somehow the immune system is unable to trigger an active immune response in the adrenal gland. The immune cells are there in the adrenal gland — you can see them underneath the microscope — but they are unable to function.”

Robinson and his fellow researchers are now working to understand why the micro-environment of the adrenal gland makes it unresponsive to checkpoint inhibitors — one of their theories is that it may be related to the secretion of corticosteroids — a naturally occurring anti-inflammatory hormone — in the adrenal gland, which could potentially block the immune cells.

Until they can further explore this theory, Robinson recommends that when doctors encounter adrenal gland metastasis in melanoma, their best course of action is to surgically remove the gland.

“It’s not always easy, but that’s our recommendation,” Robinson says. “If left untreated, the glands can grow to a very large size, bleed, and cause a lot of local problems. If you don’t take them out, they’re going to continue to be a focus of further spread of the melanoma as well.”

Investigating the issue in other cancers

“If we are to get rid of the sanctuary site and prevent further spread, we have to figure out how to treat the metastases in the adrenal glands in a different way,” Robinson says. “We can do the surgery, but that can be a lot for the patient. We’d rather use some other immunosuppression or some way to block the suppression that’s going on the adrenal gland.” 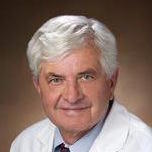