The American Cancer Society (ACS) released its annual cancer statistics last week, reporting that the risk of dying from cancer in the U.S. has fallen 32% over the past 28 years. Cancer deaths in the U.S. reached their peak in 1991, with 215 out of every 100,000 people dying from cancer, and have been falling ever since, largely due to a decline in the amount of people who smoke.

The drop in recent years is attributable in large part to an increase in the number of people with lung cancer who are living longer after diagnosis, thanks to better lung cancer screening techniques and more effective treatment options for those diagnosed with the disease.

Mortality rates also continue to drop thanks to new care, testing, and treatment options discovered and tested by cancer researchers around the country, including those at the University of Colorado Cancer Center.

“Cancer continues to be the second most common cause of death in the U.S., after heart disease,” states the report, which is based on cancer cases through 2018 and deaths through 2019 and does not factor in the effects of the COVID-19 pandemic on cancer diagnoses and deaths. “A total of 1.9 million new cancer cases and 609,360 deaths from cancer are expected to occur in the U.S. in 2022, which is about 1,670 deaths a day.”

When looking specifically at the state of Colorado, cancer is the most common cause of death, with an estimated 28,480 new cases and 8,170 deaths in 2022.

“Lung cancer screening started on a national basis in 2015, and you can see in this report that that’s where things are starting to bend,” he says. “Historically, five-year survival rates from lung cancer were barely into the teens, but now we’re over 20%. That's still a small effect, but it’s some of the first great news that’s come out in lung cancer — that these innovations we have in early detection and in a whole host of different treatments, that we’re starting to see things change.”

Studts notes that due to stigma around smoking and fatalism over a possible lung cancer diagnosis, less than 10% of the individuals who are eligible for lung cancer screening in the U.S. — adults ages 50­–80 who smoke at least 20 packs a year — actually receive it. He is working on ways to increase screening rates, including educating patients on its benefits and educating providers on ways to engage smokers without passing judgement.

The other side of the coin when it comes to lung cancer and mortality rates, Studts says, is improved treatments for those who are diagnosed with the disease, including better surgical procedures and radiation treatments, as well as immunotherapy and targeted therapies for the disease.

“We’ve learned how to stratify lung cancer more effectively,” he says. “There are many different subtypes that we can differentiate, and some of these immunotherapies and targeted therapies are kind of like a lock and a key. Even though a small percentage, say 3% or 4%, have this particular subtype of lung cancer, we have a key for that lock.”

The ACS said other factors that contributed to the reduced death rate include:

Though overall cancer mortality rates have decreased, the ACS report found less encouraging news around breast cancer — incidence rates have been increasing by 0.5% per year since the mid-2000s — and prostate cancer. The risk of dying from prostate cancer is decreasing by just 0.6% per year. This could be due to changes in screening guidelines.

The report also notes there is much work to be done around racial/ethnic, socioeconomic, and geographic disparities in cancer diagnosis and treatment, as evidenced by the fact that Black women have a 41% higher breast cancer death rate than white women, though their incidence of breast cancer is 4% lower, and that cancer survival rates are lower for Black people than for white people for almost every cancer type.

“Disparities are something we really need to give more thought to,” says CU Cancer Center Deputy Director Cathy Bradley, PhD. “Is everyone surviving, or is this something we’re seeing in the majority white population? We have to make sure everybody is experiencing the same successes. There is growing awareness of this issue, and there’s increased funding to understand disparities and how to address them.”

Bradley says that as good as the news is about increasing survivorship, it also presents new challenges around supporting cancer survivors over a longer period of time.

“With a big population now of cancer survivors, and one that is going to continue to grow, what does that mean?” she says. “What does that mean in terms of their financial viability after having been diagnosed and treated for a really expensive disease? What does it mean for their ability to work? What if they get another disease down the road, or now they have chronic conditions that were caused by the treatment?

“The ACS report is something to celebrate, but it’s calling on us to face new challenges about cancer survivorship and cancer management,” she says. “Our goal in treating cancer shouldn't just to be turn out a living patient, but one that is able to enjoy life.” 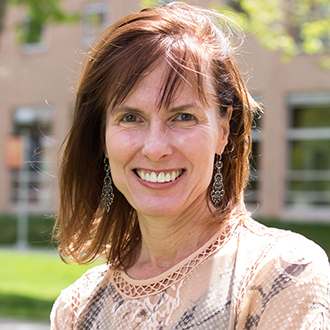