The work started in fruit flies: “Previously, we were using fruit flies to screen for the same kinds of drugs – chemicals can we give to flies after radiation so that damaged tissues don’t grow back. That’s been successful and led to foundation of SuviCa. Now we’re doing the same thing, but with human cancer cells,” Su says.

Interestingly, the project grew from an NCI request for ideas that use a common test developed in the 1950s called a clonogenic assay. Basically, individual cancer cells are placed on plates and asked to grow into colonies over 10 days.

“After seeding cells, you can treat them with radiation and/or with another drug. What you’re asking is if a cell that receives treatment can grow out or proliferate. Can it make a visible clone of itself? It’s an extremely powerful model for tumors growing back after treatment,” Su says.

The problem is that the clonogenic assay is difficult and time consuming. “You have to seed cells so they aren’t touching each other – have to be very careful in how many you put on each plate, how long you grow them out. The worst part is scoring it at the end. Based on the literature, you have to have at least 50 cells per colony to be counted as a clonogen. Counting the cells takes hours to get one data point,” Su says.

The goal of the current project is to develop the software and hardware needed to streamline this process. Su’s group will be providing the biology, and is working with Tecan Labwerx to develop the technology solutions.

“The whole purpose of this is to take this assay that takes forever to the level where we can do it reproducibly and very fast,” Su says.

The award comes after a successful proof-of-concept project that resulted in an invitation to apply for this phase II award. SuviCa is one of two companies nationwide to receive the award. Eventually, the project could not only result in new combinations of drugs with radiation, but could develop the technology needed to efficiently test many innovative strategies against the regrowth of cancer. 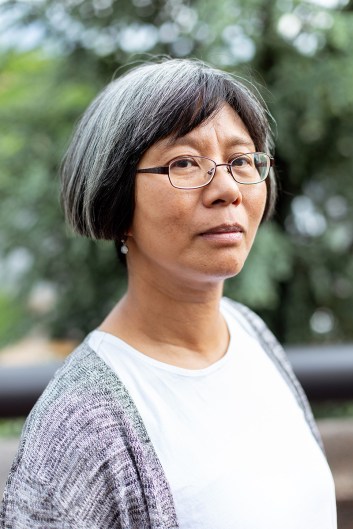