A massive research effort over more than a quarter century has tried to make personalized blood stem cells for use in treating leukemias, among many other uses. One way researchers have gone about this is to sample a patient’s adult cells and then “deprogram” them to create induced pluripotent stem cells (iPSCs), which are capable of forming any of the body’s cell types, including blood cells. Unfortunately, these iPSCs also have the potential to become cancer. So researchers have largely refocused their efforts on making hematopoietic stem cells (HSCs), which can’t make any cell type, but can produce many types of blood cells. The good news is that HSCs don’t seem to cause cancer like iPCs. The bad news is that researchers have been unable to create HSCs that can take hold and grow in the body.

Now a University of Colorado Cancer Center study identifies a possible new way to convince pluripotent cells to make HSCs. And, ironically, a possible way to do this lies in magnifying a gene that causes a form of childhood leukemia.

“My lab was working on a gene called MLL that, when accidentally fused together with another gene, causes childhood leukemia,” says Patricia Ernst, PhD, CU Cancer Center investigator and Professor in the CU School of Medicine Departments of Pediatrics.

In other words, this malfunctioning form of the gene MLL is bad and Ernst (among others) hoped to discover how to mute the function of this cancer-causing fusion gene. But to understand how to counteract malfunctioning MLL, Ernst and her team needed to know how regular MLL works.

“Half my lab was studying MLL’s role in leukemia and the other half was exploring what MLL normally does,” Ernst says. “When we knocked out this gene, we saw that hematopoietic stem cells couldn’t retain their ‘stemness’ – instead of being HSCs, they would differentiate to become like normal cells of the blood system. So we wondered what would happen if we increased it,” Ernst says.

The current paper, highlighted on the cover of the current issue of the journal Stem Cell Reports, is the result of that question.

What Ernst’s studies show is that doubling the amount of the regular MLL protein in pluripotent stem cells, can push these cells to produce more blood cells. The finding may help to develop usable HSCs that could regrow a leukemia patient’s blood system after the chemotherapy and irradiation used to kill the cancer.

Second, the finding has important ramifications for ongoing drug development against MLL-rearranged childhood leukemia, namely that drugs affecting the healthy MLL gene along with the rearranged form of the MLL gene may have negative consequences for blood functions.

“It’s about selective targeting,” Ernst says. “We want to selectively turn off the cancer-causing MLL fusion gene without affecting the regular form of the MLL gene.”

With a pilot grant from the CU Cancer Center RNA Biosciences Initiative, Ernst and her team were able to drill down to see the function of MLL at a single-cell level.

One way to activate MLL in a population of pluripotent cells would be with genetic engineering, adding additional copies of the MLL gene to the pluripotent cells’ genome. However, that approach is not practical in human patients. Instead, Ernst plans to pursue development of a drug-based method to amplify the level of existing MLL.

The goal is to “make customizable stem cell products that could be adapted to any particular patient,” Ernst says.

The finding of MLL’s role in stem cell differentiation and maintenance provides an important new starting point in a field of study that has seen many dead ends.

This work was supported by the CU Cancer Center, pilot funds from the RNA Biosciences Institute and by National Institutes of Health awards 1R01DK120369 and R21OD019716. 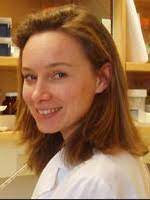