Most ovarian cancer starts in fallopian tubes. Then it sloughs from its site of origin and floats around in fluid until finding new sites of attachment. It’s not easy for cancer cells to survive away from their moorings. Observations by ovarian cancer doctors at University of Colorado Cancer Center and elsewhere hint at how they might do it: These doctors have seen that ovarian cancer cells often collect in tissues with high fat content. Could these cells be somehow using fat to survive the journey from their point of origin to their sites of growth?

Benjamin Bitler, PhD, and CU Cancer Center colleagues asked this question at a molecular level. The work now results in a study published in the journal Molecular Cancer Research showing that when these ovarian cancer cells become detached from their point of origin, they shift to using fats as an energy source. Bitler and colleagues also show how these cells make the shift: The enzyme CPT1A may control how much fat these cancer cells can burn, suggesting that limiting these cells’ access to CPT1A may starve them of the resources they need to spread.

“When they break off, they metabolically shift to use fats more – it allows these cells to survive and then they seek out or are able to colonize fatty tissue. It looked like CPT1A was the rate-limiting step in their ability to do this,” says Bitler, who is also an assistant professor in the CU School of Medicine Department of Obstetrics & Gynecology.

Interestingly, Bitler was in a serendipitous position to delve deeper into the role of CPT1A in ovarian cancer dissemination. That’s because one of the world’s experts on this enzyme happens to work on the same campus. The laboratory of Isabel Schlaepfer, PhD, had been working with funding from the American Cancer Society to explore the role of CPT1A in the progression of prostate cancer.

“With Isabel’s lab, we were able to demonstrate that, yes, the cells become more dependent on fatty acids to survive the attachment-free environment. For example, we showed that by adding fatty acids to a model of ovarian cancer cells in suspension, we could prevent these cells from dying,” Bitler says.

Likewise (and oppositely), the group was also able to show that by knocking down CPT1A, they could keep ovarian cancer cells from spreading in cell-culture studies and slow the spread of human cancer cells grown in mouse models.

“It didn’t completely abolish ovarian cancer cells’ capacity to go to fat-rich sites, but it reduced it pretty dramatically,” he says.

Not only was Bitler able to work with Schlaepfer on better understanding the role of CPT1A on the spread of ovarian cancer cells, but he is now working with another on-campus collaborator, Brad Corr, MD, to bring this strategy to patients who need it.

“There’s a drug called etomoxir that inhibits CPT1A and has been tested as a preventative for congestive heart failure,” Bitler says. Clinical trials of preventive medicines have a very low tolerance for side-effects, and in the case of etomoxir with congestive heart failure, the risks outweighed the benefits. But in the context of treating cancer, Bitler suggests that the drug’s risk would be well within (and even much less than) risks of existing medicines.

“We are working with Brad [Corr] to move forward with this. The question is where exactly to put etomoxir with respect to patient treatment,” Bitler says. He explains that a major issue in the treatment of ovarian cancer is the disease’s ability to resist chemotherapy. “The cells we’ve been studying resist cell death because they need to disseminate. Avoiding cell death is at the heart of chemoresistance as well,” he says.

The funding from the American Cancer Society to first author, Brandon Sawyer, MD, played an important role in the development of this study and has resulted in additional grants submitted to the National Institutes of Health with the goal of bringing this promising strategy from the laboratory to the clinic.

“Our hope is that we could use etomoxir to treat chemo-resistant disease,” Bitler says. 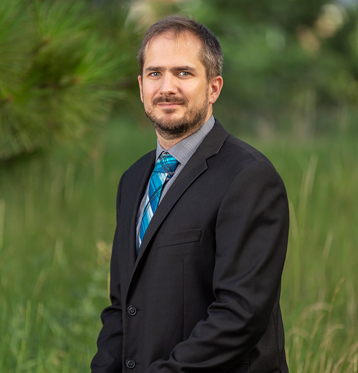