The University of Colorado Cancer Center is always looking for unique approaches to advance cancer science and advanced ways to strengthen our programs. A powerhouse in the field of immunology is now part of the CU Cancer Center leadership team. Eduardo Davila, PhD, co-leader of the Tissue-Host Interaction program, will lead our efforts to understand the role of the immune system in the development and progression of cancer.

“This is an exciting time for the University of Colorado,” says Davila. “The camaraderie and the support from colleagues, both clinicians and basic researcher scientists, is just simply incredible.” The University of Colorado School of Medicine conducted a nationwide search for a scientist with expertise in cancer immunology and immunotherapy. “I find the immune system to be incredibly complex, but incredibly effective at keeping our bodies safe – safe from cancer, safe from infections and safe from autoimmunity,” says Davila.

Davila trained as a post-doc at Mayo Clinic where he focused on tumor immunotherapy. Before he joined the CU Cancer Center he was an associate professor in the department of microbiology and immunology at the University of Maryland School of Medicine. Recently, his team in Maryland was focused on developing different types of immunotherapies to reactivate the patient’s immune system to alert it to different types of cancers. “We found a way to genetically engineer immune cells after isolating them from the patient. A new piece of DNA inserted in the cells enables them to recognize cancer cells anywhere in the body. The beauty of that system is that it can be tailored for any type of cancer,” says Davila.

The novel technology they developed at the University of Maryland helped Davila create a successful biotech company that is now conducting clinical trials with the therapy they developed. His hope is to extend those therapies to the CU Cancer Center and use the therapy for different types of cancer. “We will be interacting with several of our clinicians here, so they will be able to treat different types of tumors: melanoma, lung cancer, breast cancer and several types of leukemias and lymphomas,” says Davila.

Davila, who is also a Professor in the Department of Medicine, will be a part of HI3 (human immunology and immunotherapy initiative) and the THI (Tumor Host Interactions) program. While the THI under the umbrella of the CU Cancer Center, the HIII is a School of Medicine initiative focused more broadly on the human immune system. The main goal of HI3 and THI is to understand the basis of disease and translate research findings into clinical testing. “At the same time, we need to understand the clinical insights the clinicians offer so they can be taken back to the basic research lab to offer a better understanding of that disease. This will help them develop new and more effective therapies that are safer as well,” says Davila.

Along with translating research findings into clinical testing, there is a need to reach out to communities to convey to them the importance of participating in the programs and the importance of being aware of what the scientific and clinical community does. “We want to break down a lot of these misconceptions the public may have regarding basic research clinical testing,” says Davila.

The University of Colorado’s support of diversity, inclusion and diversification is also one major factor in Davila’s attraction to CU’s Anschutz Medical Campus. At the University of Maryland, he directed a post-baccalaureate research and education program that fosters the development of young, minority students who aspire to be scientists. “After a little bit more training and a little bit more refinement, they have everything it takes. These kids are diamonds in the rough and they have what it takes, it’s just a matter of cleaning off the edges and polishing them up a little bit,” says Davila. The success of his program in Maryland has inspired him to contribute to existing programs, and possibly establish additional similar programs here at the CU Cancer Center.

“I think a commonality that a lot of minorities have, whether they pursue a career in science or not, is ultimately if they have someone as an example that they can look up to – someone who looks like them and has similar experience as they do. That, in many ways, is really a defining moment in their lives to know that they also can be

come a scientist or a physician,” says Davila. Similar to his previous program, the Cancer Summer Research Fellowship is always eager to boost the level of participation with minorities in the program.

Davila intends to customize the research, translational and clinical experiences to reach underserved populations such as Mexican-Americans and Native Americans. “Having a similar background, I hope people like us tend to serve as an example for them,” says Davila. The university has given him a lot of support and has encouraged Davila to lead by example and work on strengthening, and possibly adding, more minority research programs here.

His scientific expertise, entrepreneurial spirit and gifted mentoring capabilities make Davila a great addition to the CU Cancer Center and the CU School of Medicine. 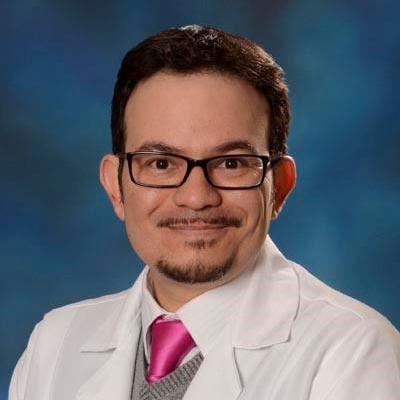