A byproduct of glucose called lactate, used by every cell in the body, may also prompt a mutated cell to become cancerous, according to new research from the University of Colorado Anschutz Medical Campus.

The study was published Tuesday in the journal Frontiers in Oncology.

“We discovered that lactate is a catalyst that triggers a mechanism in mutated cells necessary to continue the cancer forming process,” said Iñigo San Millán, PhD, assistant professor of medicine at the University of Colorado School of Medicine and the University of Colorado Colorado Springs. “This opens a new door to better understand cancer at the metabolic level. It also means we might be able to target lactate with new therapies.”

Lactate is not a waste product but a major source of energy for the cell, especially the mitochondria.

The role of lactate in cancer was first described nearly a century ago when Nobel Laureate Otto Warburg discovered that cancer cells were characterized not only by how quickly they consumed glucose, but a marked increase in lactate production. The process was called `The Warburg Effect.’

But exactly how it worked remained a mystery. In 2017, San Millán and his colleague from the University of California, Berkeley, George Brooks, PhD, published a hypothesis they believe explained for the first time the meaning and purpose of the Warburg Effect – to produce lactate for cancer formation purposes.

San Millán, who specializes in metabolism, and his team sought to demonstrate this hypothesis. They exposed human breast cancer cells to glucose which then produced lactate. The lactate increased the expression of all the main mutated genes involved in breast cancer between 150-800%.

It’s well known that not every mutated cell becomes cancerous and there has been speculation on what factors might `trigger’ the expression of mutated genes. This study demonstrates that lactate is a key trigger. Now, San Millán and his team are reproducing this study in other cancers like small-cell and non-small cell lung cancer and finding similar results.

“Lactate, which used to be considered a waste product, turns out to be a major signaling molecule and a major regulator of the genes involved in cancer,” San Millán said. “This is not the same behavior of lactate we get from doing exercise because that is quickly removed by the muscles and has positive signaling properties to improve physical fitness. The lactate produced in cancer stays put, is constantly being produced and acts as a catalyst to activate mutated genes into cancer. We still don’t know these mechanisms but we are investigating them now.”

Human muscle tissue is largely resistant to the formation of cancer. Exercise actually reduces the risks of some cancers and even could treat them therapeutically. San Millán has already started applying personalized exercise programs to cancer patients as part of their cancer rehabilitation and is exploring mechanisms by which exercise can help prevent and treat cancer.

But trying to block lactate in a human with a systemic drug would be deadly, so more targeted treatments are called for.

Furthermore, lactate from cancer cells seems to be a key player in keeping the immune system from attacking cancer cells, which is a typical characteristic of cancer.

San Millán and his team are currently doing trying to block lactate in different cancers implanted in mice.

“If we can effectively target lactate,” he said. “We could possibly be taking a great step toward ending cancer.” 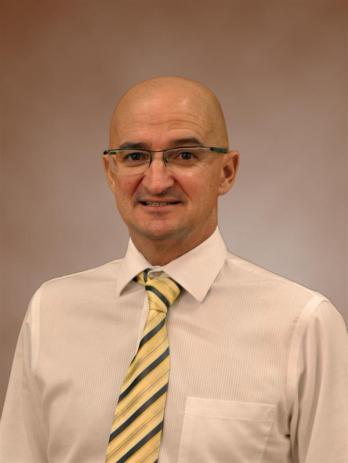