Molly the golden retriever was a fan of cookies. Whenever there was a plate of them nearby, she kept her eye on it, waiting for her chance to sneak one or five. She was a fan of water, too, even after she had surgery to remove her left front leg following an osteosarcoma, or bone cancer, diagnosis in April 2017.

In the 16 months that Molly lived after her surgery, the Denver canine enjoyed treats, watching squirrels, and basically everyone she met. 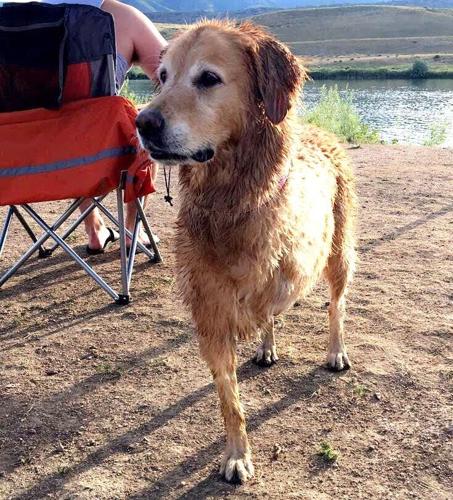 Even after losing a leg to osteosarcoma, Molly the golden retriever loved swimming.

The success of that trial treating bone cancer in dogs led to collaboration with other researchers at the CU Cancer Center, as well as Children’s Hospital Colorado. Using data from the canine trial, researchers including Lia Gore, MD, co-leader of the CU Cancer Center Developmental Therapeutics Program, designed a similar trial treating pediatric bone cancer patients.

This trial is one of many examples of not just the collaboration and partnership between CU Cancer Center members around the state, but the overlaps between humans and companion animals, or non-working animals, and the growing body of research showing how one can inform the other.

In December 2021, the FACC co-sponsored “The Role of Companion Animals as Sentinels for Predicting Environmental Exposure Effects on Aging and Cancer Susceptibility in Humans,” a three-day workshop that FACC Director Rodney Page, DVM, MS, a professor of oncology at CSU, and Wendy Shelton, DVM, MPH, an FACC consultant, were instrumental in bringing to the National Academies of Science, Engineering, and Medicine in Washington, D.C.

“The idea for this workshop arose from a longstanding interest that I had in trying to shift from treatment of cancer to prevention of cancer,” Page explains. “The focus of the workshop was on laying the landscape of what the current state of the art is for aging in humans and corollary aging in companion animals, and whether types of cancer susceptibility might be related to environmental issues.”

James DeGregori, PhD, CU Cancer Center deputy director and one of the featured experts at the workshop, says that while researching corollaries and similarities between cancer risk and progression in humans and companion animals is not a new field, it is one of continually growing potential and scope.

“There’s a lot of overlap,” DeGregori says, adding that humans and dogs are at least 85% genetically identical. “We see many of the same pathways, the same genes that are mutating. There are overlaps in the types of cancer that humans and companion animals get. That’s why we’ve been able to see clinical trials that initiated in dogs at CSU and that subsequently led to pediatric oncology trials, and it works the other way around. Many of the therapies used in dogs were first used in humans.”

“I would do anything for this dog”

In Molly’s case, one of those therapies was losartan, a drug commonly used to treat high blood pressure in humans. Because bone cancer commonly metastasizes to the lungs in dogs and humans, Dow and Regan theorized about using losartan to block immune system white blood cells called monocytes that promote metastasis to the lungs.

They gained approval for a canine trial, but the first several participants didn’t show improvement in their conditions. Then came Molly.

Halboth says that after Molly’s surgery, and after a biopsy showed the cancer hadn’t metastasized, Halboth still had a nagging feeling for several months that she needed to do more.

“I would do anything for this dog,” she says. “Someone told me about the trial at CSU – and at this point I didn’t even know what a clinical trial was – so I took her up to Fort Collins and they told me they’d need to run some tests to see if she qualified. One of the tests showed that the cancer had metastasized to her lungs.” 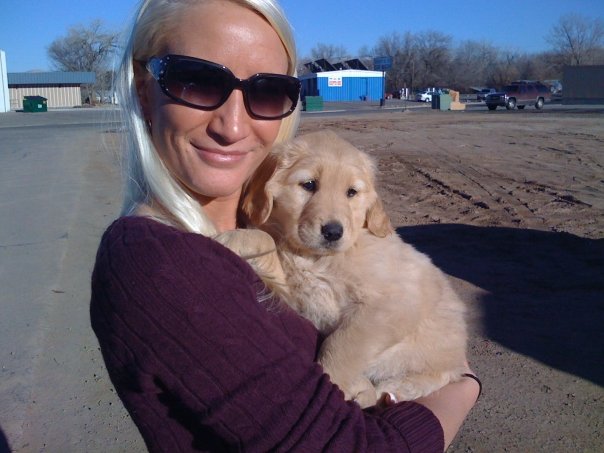 Savannah Halboth of Denver adopted her golden retriever, Molly, as a puppy.

Molly entered the trial and began taking the drug, whose dosage researchers had increased in response to previous participants’ experiences. She was one of the first dogs to show improvement. The cancerous nodules in her lungs began shrinking, and one even disappeared. Until just a few weeks before her death in September 2018, Molly had the same boundless energy and enthusiasm for everything that came her way, Halboth says.

Another of the canine study participants who saw significant lung nodule shrinkage in the trial was Sadie, a Bernese mountain dog belonging to CU Cancer Center member Michael Verneris, MD, a professor of pediatric hematology and oncology in the CU School of Medicine. Sadie’s participation granted her an extra year beyond her cancer diagnosis and inspired Verneris to think about points of intersection between his immunotherapy research in leukemia and canine research.

Dow, who leads the experimental immunotherapy research program in the FACC, began connecting with Verneris, both bringing their longtime research interests in cancer immunotherapies to the discussion. Verneris’ research uses a patient’s immune T cells, turbo-charged with proteins called chimeric antigen receptors (CARs), to seek out and destroy leukemia cells. About 85% of pediatric participants in the CAR-T study went into remission.

Dow and Verneris proposed and gained approval for a trial using two oral drugs, losartan and propranolol, to make the tumor microenvironment in canine cancer patients more hospitable to CAR T cells. The V Foundation for Cancer Research is supporting the study with funding.

“Both drugs have important immunological properties in addition to their original human use,” Dow says. “These are old drugs that have been around for a long time, but 90% of the drugs we use were developed to treat humans. We just borrow from the two-legged folks to study novel uses of these drugs for our canine patients.”

Moving the needle from treating to preventing cancer

Immunotherapy is one of the significant focuses of both canine and human cancer research and a primary area of overlap between the two, says Dan Gustafson, PhD, co-director of the CU Cancer Center Drug Discovery and Development Shared Resource and FACC director of research.

“Osteosarcoma is a classic example,” Gustafson says. “In kids, it’s bad because it often metastasizes into the lungs, and in dogs, it’s the same but faster. A lot of research is thinking more about the biology that drives that, looking not just at tumor cells, but at the tumor microenvironment.”

Gustafson says that in his lab, when researchers perform drug screens for canine osteosarcoma, “we also screen human cells at the same time to understand if they’re acting the same. Are we going to learn something in the dog that may be applicable in humans? As people start to understand cancer as a biological process, what we need to let the public know is that process is amplified in dogs due to their shorter lifespan. Thirty percent of dogs die of cancer, and as we treat more of them, we start understanding the parallels with humans more.”

Public support for research is vital, Page says, especially understanding that canine participants are patients, not animals on whom researchers are testing. Pet owners who volunteer to have their companion animals with cancer diagnoses participate in research are vital to understanding the genetic and environmental causes of cancer.

Page is the principal investigator on the Golden Retriever Lifetime Study sponsored by the Morris Animal Foundation. One of the largest prospective canine health studies in the United States, it aims to identify the nutritional, environmental, lifestyle, and genetic risk factors for cancer and other diseases in dogs. The study has enrolled more than 3,000 golden retriever research participants and seen high retention.

The study has already yielded a wealth of data, including blood and metabolism profiles, that are helping researchers understand environmental and genetic risk factors for cancer and begin moving the needle from treating to preventing cancer, Page says.

“We have a unique resource with the Golden Retriever Lifetime Study,” DeGregori explains. “We have data not only to understand the aging process, but when they eventually pass, we’re able to look at what they die from and how many got cancers, which is a major cause of mortality for dogs.”

Among the benefits of studying companion animals as sentinels for cancer progression is that “we’re living with them in the same environment, we’re hopefully getting similar exercise levels, and their lifespan is much easier to study than an entire human lifespan,” DeGregori explains. “If we’re studying these animals over time and find biomarkers for a particular exposure that leads to increased risk of a particular cancer, then we can ask if we’re seeing the same thing in human populations and try to mitigate that risk.”

“There’s a lot we need to be doing as researchers to build relationships with these communities and to gain that trust,” Page says. “You can’t just walk in and ask for samples, so it’s a matter of making sure that everyone has equal access to the research and equal opportunity to participate in the research.”

Companion animal cancer research that has led to similar human research, and vice versa, benefits greatly from the relationship between the FACC and the CU Cancer Center, DeGregori says. In fact, the two entities recently awarded four $50,000 pilot grants to collaborative projects between researchers at the two institutions.

People want to do what’s best for their companion animals

Because “cancer is cancer,” Page says, and the cellular mechanisms that lead to cancer in humans also lead to cancer in companion animals, there is potential for research to include animals beyond dogs. As with all research, though, a vital aspect is not just financial support, but the willingness of participants to join studies.

“In all cancer research, we’re focusing on making sure that everyone has access and everyone is represented,” Page says. In humans, this may include ensuring that research samples represent the whole population and that all communities and populations are equally able to join studies. In companion animals, it means working to ensure that people from underrepresented communities have equal access to enrolling their companion animals in studies, and that they’re providing study samples.

As for enrolling companion animals in studies, “that’s not often a challenge,” Gustafson says. “People love their pets, and if they receive a cancer diagnosis, people want to do whatever they can for them.”

That’s how Danielle Nau and her husband felt when their Chesapeake Bay retriever, Scout, was diagnosed with bone cancer in her left front leg in December 2019. When their veterinarian recommended amputation, they worried she wouldn’t be able to play Frisbee, climb mountains, or do other things she loved, but it was her best hope. Within four months of her surgery, she was able to do everything on three legs that she’d done on four.

Scout the Chesapeake Bay retriever is still able to go hiking and do the things she enjoys with her family.

At a follow-up appointment in November 2020, however, Nau, who lives in Denver, learned that Scout’s osteosarcoma had spread to her lungs. After several rounds of chemotherapy that couldn’t stop the cancer from growing, her veterinarian recommended a now-completed study with FACC researchers in which canine participants with metastatic osteosarcoma received a three-drug combination of Palladia, losartan, and propranolol.

Scout completed the study in July 2021 and still takes the Palladia, Nau says, and despite her nine years still loves playing Frisbee and going on adventures with Nau, her husband, and their two young children.

“She’s definitely beaten the odds,” Nau says. “January 3 was the second anniversary of her amputation, and she’s had a wonderful quality of life through the study and since it ended. It’s just amazing to think that not only has she benefitted from this research, but that someday it might help people who get an osteosarcoma diagnosis. We’re just so thankful for every extra day we’ve been able to have with her.” 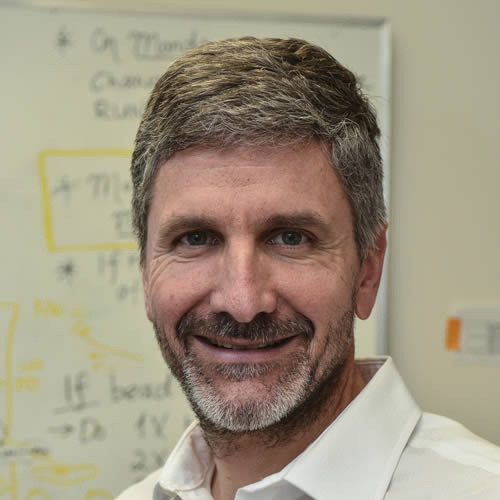 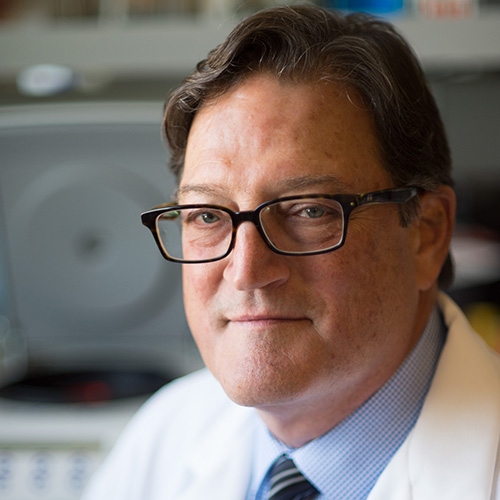 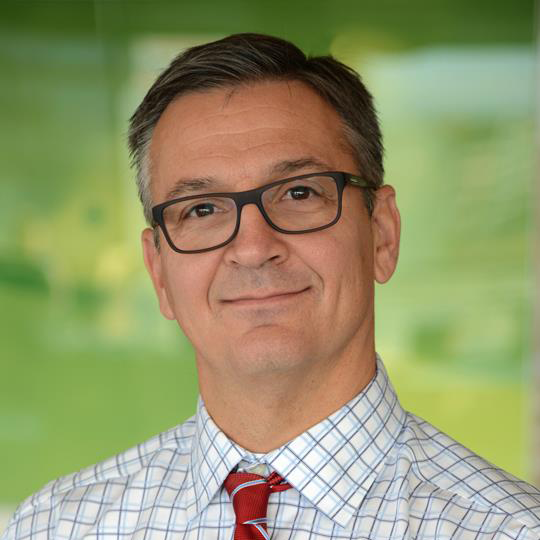 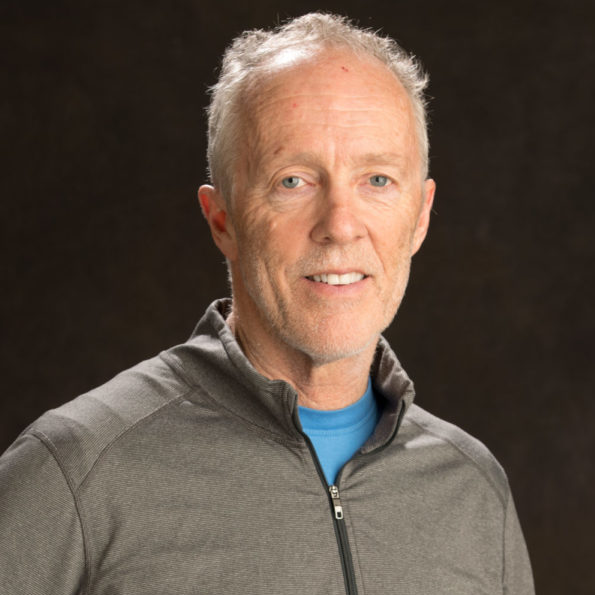 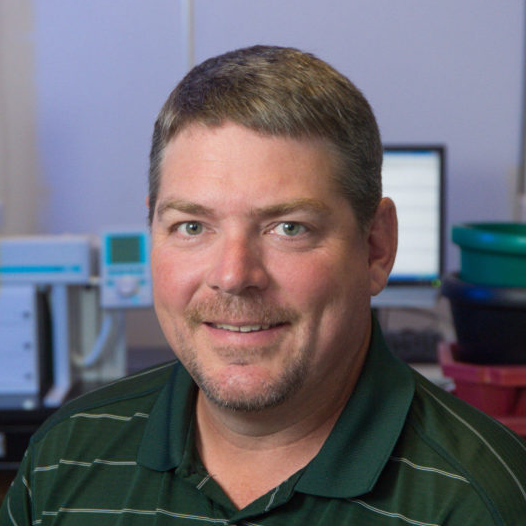